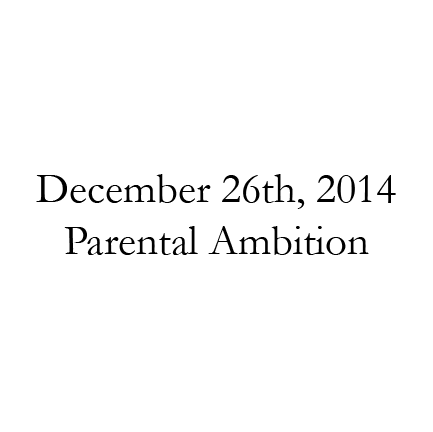 My wife and I keep a collection of some of the funniest things that our seven-year-old boy has said over the years.

At the pool, he pointed to my chest and asked: “Daddy, why is a beard on there?”

After explaining to him that owls are nocturnal, he turned to me and confirmed: “Yes, daddy, owls are not turtles.”

But one day, my seven-year-old boy walked up to me after work and asked me:

“Daddy, are you happy with your life?”

I kid you not. I don’t know how he comes up with these things. The question caught me off guard, and I was so surprised that I answered: “Of course.”

He went on with his content seven-year-old existence, and left me to stir in thought over what I’d just told him. I thought about it, then felt a little guilty for lying, so quickly resolved to make it true (because, it’s not lying if it becomes true, right?)

I spent the next four years quitting as many unhappy things as I could. I quit my stale, rotten, cubicle job. I started exercising, starting my days with a five-mile bike ride. I found a job that I enjoyed, doing exactly what I’d always dreamed of doing.

By this time, my boy was twelve years old. He wandered up to me one day, and asked:

That question surprised me, too, and I instantly blurted out:

He just smiled, and I realized that he’d probably brag about it to all his friends at school the next day. I thought about that for a while, and felt a little guilty for lying. So I resolved to make it absolutely true (because it’s not lying if it becomes true, right?).

I quit my dream job, and found another—one that would make us wealthy one-percenters. I sold our crummy little house and bought one of those enormous houses just outside the city, with a pool, and a tennis court in the back. I filled the rooms with high-end furniture and massive flat–screen TVs.

Years passed. My son neared high school graduation, and began applying to colleges. Harvard, Yale, NYU, Duke, Stanford. But a sliver of insecurity and skepticism slid under his skin. He asked me:

“Of course,” I answered without hesitation, but before I even spoke I knew it was a straight-faced lie. He seemed content with my answer, and even though he didn’t get a scholarship, he attended Stanford in the fall.

Once again, his question drove me to conviction, and I found myself applying to all the same schools: Harvard, Yale, NYU, and Duke. I attended graduate school the next fall.

Three more years passed, and we both crept closer to graduating and entering the real world as educated members of society. I spent my spring, summer, and autumn focused and determined, driven my make my claim true. My voicemail grew full, my inbox swelled, but my grades increased, and that was all that mattered. I graduated with a PhD in Economics. Finally, in the depths of the most chaotic week of my life, as I was running late for that stupid graduation ceremony, he called me and asked:

I was able to answer honestly, and truthfully, maybe for the first time in my life. I pulled my car over on the side of the road, and muttered through tears:

I didn’t get to graduation on time that day, and I missed being awarded my diploma.

But I got something else.