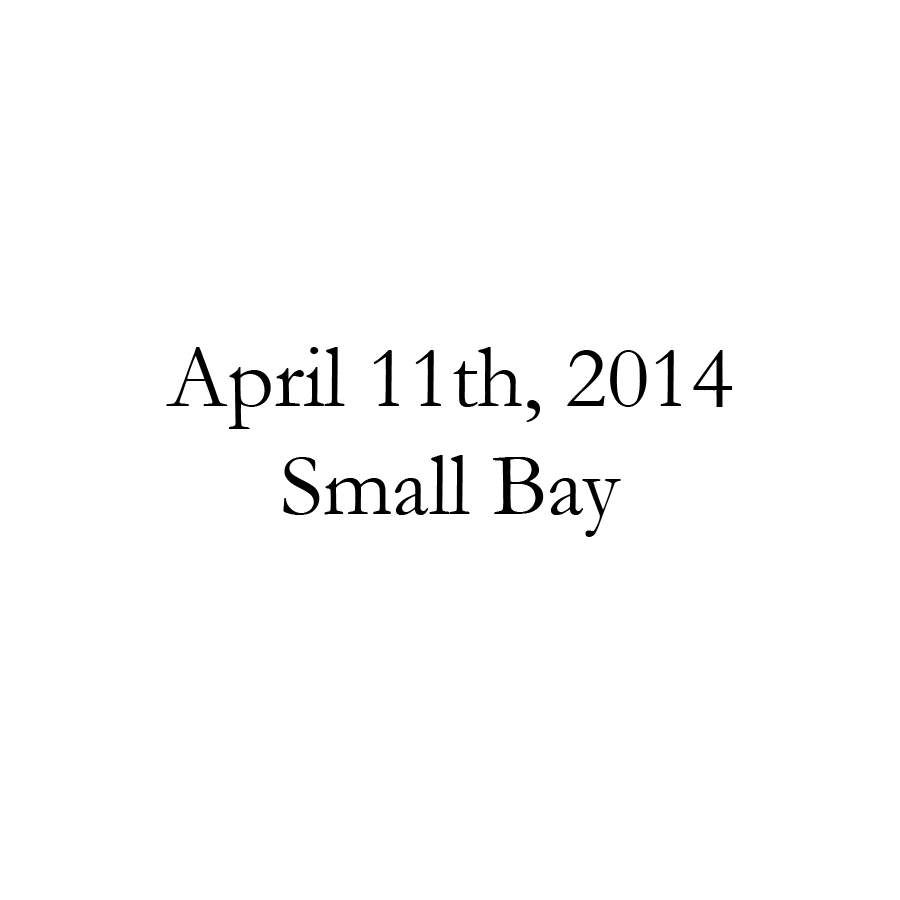 There shouldn’t have been anything odd about that day. Nothing was ever odd in the coastal village of Small Bay. The men of the town lumbered to the fishing boats early in the morning, before the sun rose, like any other town in that part of the shore. The loose cobblestones clacked and shook as the boys ran to the market on the Bowery, overlooking the bay. The sea salt wove in and out of the crooked town streets like a tapestry in an ancient kind of carpet, like one of those tapestries where the people look strange and have long faces.

A boat sailed into the bay with a kind of tense speed and dissatisfied caution; the kind of behavior you might expect from a child who is afraid to do anything because they’ve been scolded one too many times for doing something wrong. The children stopped playing and running in the streets and watched as the sails drifted toward the port and docked.

The two passengers stepped off the boat, and endured curious stares and suspicious glances from the town folk as they wandered away from the water and into the city. They stopped at the market and bought food. After they ate, they parted ways. One of them got back onto the sailboat and sailed back into the sea, toward the setting sun. The other walked through twisted streets to the old hostel overlooking the town square. It’d been the much-visited center of attention twenty years ago, but now usually only held in-laws who visited near Christmas.

Marcus ran through the streets with the other boys, chasing the soccer ball and running from the yells of friendly rivalry that chased after them. They kicked the ball into the town square, and it trailed off into an alleyway. His friends laughed and taunted, but he just laughed back and followed the ball.

“Here you go.” His voice was textured, deep, stained with sun, but smooth.

Marcus studied the man: Tough, tanned skin that was wrinkled from years of work under the harsh Tuscan sun; a bright lock of thick black hair; a friendly and authentic smile.

Marcus took the ball from his hands, and tried to turn away, but his eyes caught on a pair of scars and discolored tattoos around the man’s wrists.

The man smiled a friendly smile, like a father would while talking to his son’s best friend.

“Fishing accident.” He said. “Learn how to do it the right way.” He pulled his sleeves over his forearms and pocketed his hands. “Do you know how to fish?”

Marcus’ friends yelled at him to hurry back to the game, but their voices were lost in his fascination with this stranger.

“Your dad is wise. He keeps you safe, right?”

Marcus nodded, confused by such a simple question.

“Do you want me to teach you how to fish?”

“Alright.” The man said, then shifted the focus. “Your friends are waiting for you.”

“I don’t want you talking to that man.”

His father’s eyes shot at him and pierced the Marcus with their expectations.

“You talked to him?”

“Well, I don’t want you to talk to him anymore. Hear me? Been talk about something happening at the prison in the south.”

There was always talk about something – about weather and about forecast, and about crops and fish and about wars or politicians or even sport and theater. When one person in the town heard something new, it spread like fire, true or false. The town’s rudder was it’s talk, and the smallest movement changed the course.

“Man escaped. All it took was a butter knife and he was gone. Slit the guards throat, got outta there fast.”

“Could be anywhere by now. Could be here. Don’t tell your mother. Don’t want her afraid.”

Marcus saved his bread from dinner and wrapped it in a handkerchief. He slipped out of the house each night that week after the evening meal and delivered the food to Victor. Victor took the thick-crusted bread and devoured it, thankfully.

“A bad guy? What makes you say that?”

Victor lowered the bread and smiled.

“Your dad is wise. He tells the truth to you, right?”

Marcus didn’t know quite how to answer that question, and he shifted.

“Where can I learn to fish?”

“Where? There’s a spot that’s the best. The North East shore, 50 meters from that large boulder, about 20 meters East of the inlet.”

“Soon. I have to find the right lure.”

He took another bite of the bread.

“You know what this needs?”

“Honey. Red honey from the south.”

The people of the Small Bay stirred and rippled with the gossip that swarmed around the foreigner. Some said he was just a stranger, a visitor. Others, a criminal. Others still, a murderer, a rapist, a child-snatcher. After the rumors gestated for a couple of days, it was time.

Town folk from all across town came to knock on the door of the hostel and to command him to leave. They crept out of their homes, late at night, after the sun went down and after their children went to sleep. Marcus’ father led the way, carrying a torch and a fish net, for no reason other than it made him feel powerful to carry the one tool he’d used his whole life. It was the only thing he knew how to use very well, the only thing he knew how to do: Catch fish.

They surrounded the hostel and knocked on the door.

But Victor was gone.

The men searched the hostel for any signs of the man, but found none. The man’s sailboat was still tied to the dock, swaying in the ocean wind.

Memory of Victor faded, like colors on a sunburnt flag, until he no longer carried any kind of influence on Small Bay’s direction, but nor was influenced by Small Bay’s rumors.

Two weeks before Marcus’ fifteenth birthday, he went down to the swimming shore, lined with golden bodies and youthful enthusiasm. Marcus reached the North East shore before sundown.

Victor was right about one thing at least: The North East shore would be a good place to fish, regardless of the time of year. Marcus measured out the meters from the large boulder and the inlet. He stood at the exact spot and wondered how Victor knew.

Marcus saw something glitter in the light. He knelt down to pull it from the sand.

He pulled the cold, metallic locker from the deep cavity that now marred the beachside dunes. He wiped the sweat from his forehead and brushed the sand from his face. He turned the locker over and over, looking for a way to open the box. Finally, he threw it against a rock and the box split open.
Marcus grabbed the top half, but there was nothing inside. He grabbed the other half and lifted it from the shallow water.

Inside, he found what he’d been looking for.

A butter knife, with dried, reddish honey still sticking to one side.

And next to the knife, a fishing lure.