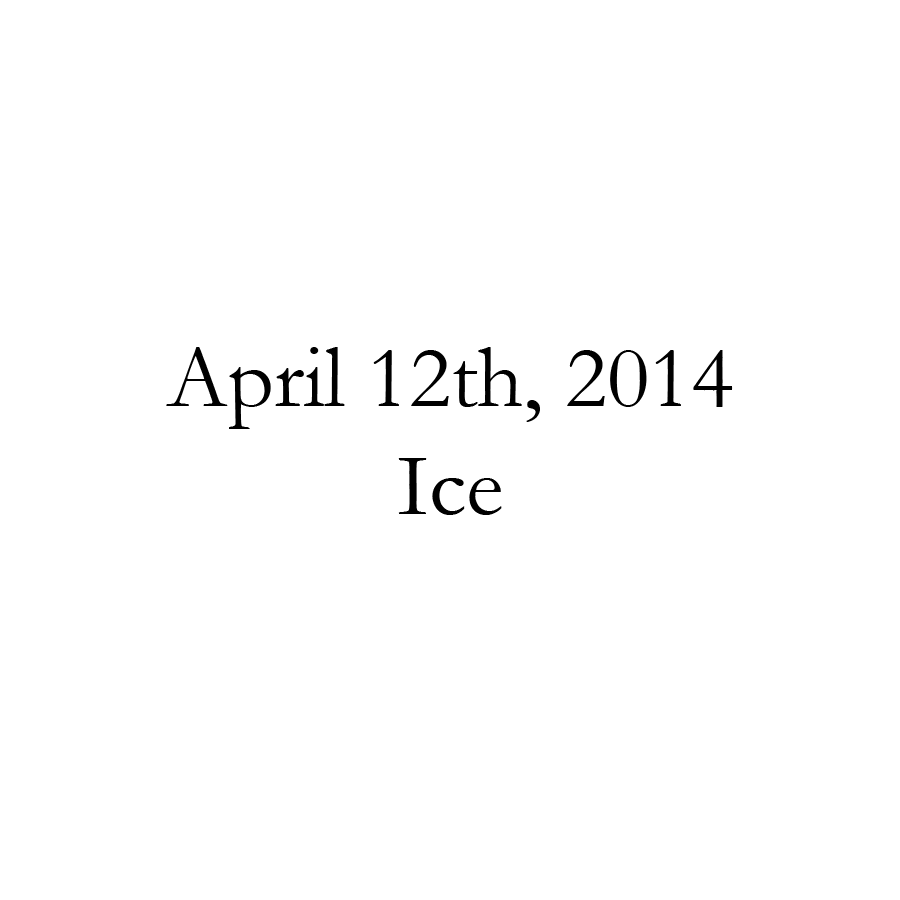 There’s something beautiful about water when it freezes. I’d always thought it was like magic that something so intangible and liquid could become rigid to the degree that I could put my full weight on it.

When I was young I used to try to watch water freeze. I imagined that if I could catch it just at the right moment, I’d learn the trick and know how to freeze anything. Several times, I took a glass of water, put it in the freezer, and checked once a minute to see if it had frozen yet. And of course, it hadn’t. It was like a clever illusionist that showed me a magic trick, and then never told me his secret, no matter how many of his shows I went to.

The fact that I can put my weight onto something that I can never see form puzzled me to no end, until I realized that I do it every day. Not with water, but with trust. (And yes, I know there are ways to see water freeze instantly, but most of them involve living in some god-forsaken place further north where it gets unethically cold).

My fascination with freezing water was almost as strong as my admiration of a kid in the neighborhood. His name was Zach. He was three years older than I, but when you’re an eleven year old, three years is enough time to learn all the secrets of the universe.

I followed Zach everywhere – I wore my baseball cap just like he did, slightly back and ever so slightly to the right. I started to talk like him and say “Yes, sir” and “Yes, ma’am” like him. He rode a dark blue bike with thick tires, and for three years in a row, that was all I asked for on my Christmas list. Three years might be long enough to learn the secrets of the universe, but not to get a bike like Zach’s under the tree.

He had an uncanny trust in himself that he wore like an old sweater – the kind that is too warm and comfortable to ever replace, no matter how dirty or threadbare it got. And more than his bike or his baseball cap or his good looks, I wanted the uncanny trust that he had in himself.

There was no greater display of his confidence than the neighborhood bike races. They would start in a grand convocation of all the neighborhood boys, and usually end in a sour argument or a rough scrape that would send one of us to the Emergency Room (or at least to our mothers, but we’d never admit to that). We rode our bikes through the overgrown field just past our back yard, and sometimes through the little patch of trees (that we’d call ‘the forest’) that was near a small ditch (that we’d call a creek). But Zach’s confidence took him through trails that none of us would dare. He was like a clever illusionist that would show all the other neighborhood boys magic tricks: riding with no hands, or standing on the handlebars. And no matter how many times I tried, he would never tell me his secrets.

One day, on a cold December afternoon (two weeks before the second Christmas that I didn’t get that bike), I followed Zach to a small frozen pond (that we called ‘the lake’) at the far end of the field. He got on his bike and stepped to the edge of the ice, looking across the surface, ready to race across on his bike.

“It is crazy.” He said, “You just have to trust yourself”

“I don’t trust myself to do that.”

He kicked his pedals and started across the ice.

But held, strong and steady. Zach pedaled awkwardly, but made it across ‘the lake’.

Zach was right. My confidence in myself formed and hardened about as slowly as the glass of water froze in my freezer after I checked it every minute, but it did form. And by the time it did, I finally understood what he meant.

I’d always thought it was like magic that something so intangible and liquid could become rigid to the degree that I could put my full weight on it.

But Zach was right.