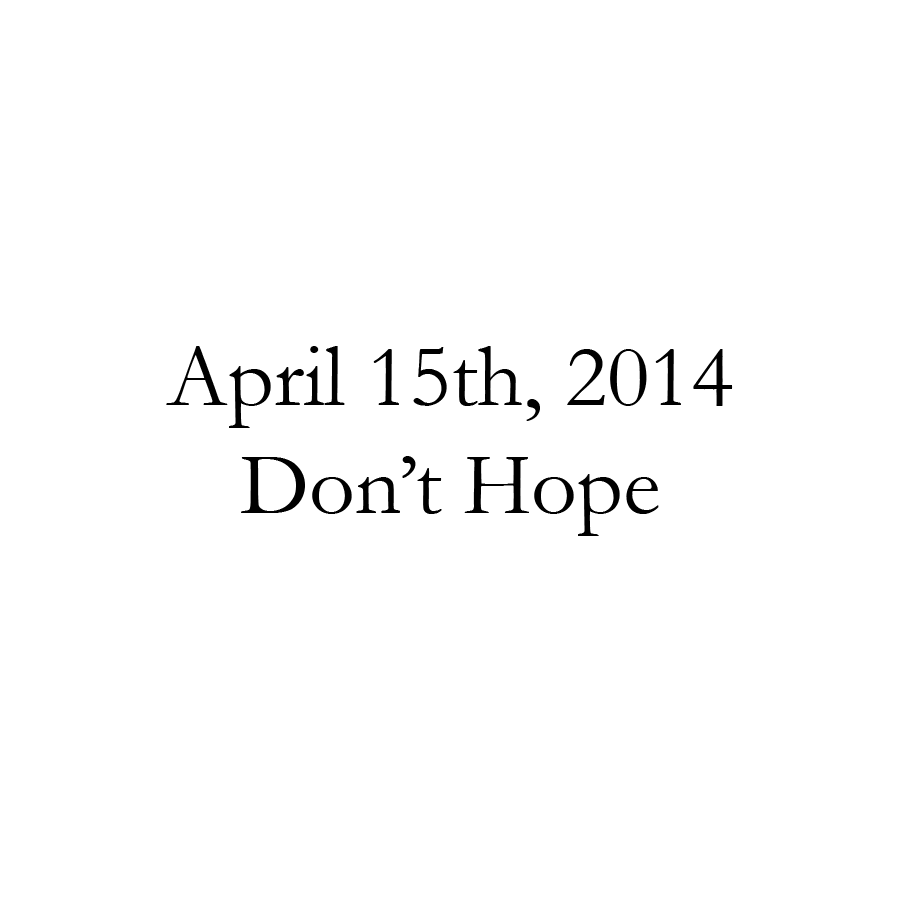 Please be aware that this story contains some harsh language.

I left my Bible Study group early four weeks in a row, skipping prayer requests and leaving my friends wondering what was so terribly important that I couldn’t sit there and listen to them talk about their terrible work lives for twenty more minutes. In reality, I just wanted to go home and go to sleep after a long day at work. That would have been honest, and after all, honesty is a virtue, right?

And then, after those four weeks, my small group leader invited me to a special invite-only screening of a film I’d wanted to see for a long, long time. The only problem was that the screening was schedule immediately after our Bible Study. So of course, I planned to stay for the whole Bible Study, all the way through prayer requests, no matter how long and how painful they were. And then at the end of the prayer requests and the end of the study, Michael found out that I was really just there so that I could go to this film screening, and he called me out:

“Wait a minute–“ He said, with his regular tone of disguised thirty-five year old wisdom. “You’re just here so that you can go to the screening. If it wasn’t for that, you’d be out of here.”

And I couldn’t really deny that, so instead I just laughed it off. I couldn’t argue with that. But isn’t that the beauty of an argument? If you can have one, at least you’re able to defend yourself. If you can’t argue, well, you’re just on the wrong side.

I thought about it the whole evening, all the way through the film screening. I couldn’t focus on the plot, or the characters, or the script, or the acting, because for me there was just one giant plot hole, and the plot hole was me. I had no business being there, watching this film, because I couldn’t even spend twenty minutes listening to my friends talk about their problems, in hopes that I would pray for them.

In hopes that I would pray for them.

I heard a quote the other day about hope that scared me quite a bit. It made me never want to hope again. It was a quote from Neil DeGrasse Tyson, who more or less said that as soon as you hope for something, you admit to having no control over the outcome of that situation.

After the movie ended, I tramped home through the inappropriately cold onslaught of snow, wondering if this is where hope gets you. Just that morning, it had been 64 degrees, but over the course of the last hour or two, the weather had shifted into another gear and the cold breeze plummeted onto the streets of New York City. I walked out of the subway, and it took everything that I was to not yell at the top of my lungs:

“This isn’t supposed to happen!”

But I didn’t do that, because if I had, I’d just become another one of those crazy people on the streets of New York, and there are plenty of those already, trust me. Instead, that scream that I should have bellowed out stayed in my lungs and those words stayed in my head and festered like a wound until I started to wonder why the hell I lived in a place like this after all, where nothing makes sense and it’s 60 degrees and snows on the same day. But as that wound slowly gnawed at my head and burrowed deeper and deeper, I started to wonder if maybe I was the one that didn’t make any sense. Maybe it was me, not the fucking snow, and maybe the world and the weather and the subway all worked the way they should.

I climbed the five flights of stairs to my apartment, not quite ready to abandon my hope in exchange for social post-modernism, still desperately clinging to both the stair rail, and my hope.

The next week at Bible Study, I didn’t leave right before prayer requests. Michael gave me an affirming nod. And I sat. And I listened to every single prayer. And even though I was there, my mind wandered away to Neil DeGrasse Tyson, and film screenings and the weather.

The first time I heard about Neil DeGrasse Tyson was from my friend, a staunch atheist, who shared with me a video of Dr. Tyson tearing into any idea that remotely resembled Christianity. The other members of the Bible Study starting listing their prayer requests, and interrupted my wandering thoughts.

“I hope that I can start reading the Bible more. I really just need to get into it and start being more disciplined.”

I shook my straying thoughts from my head and focused on the group’s prayer requests.

“I hope that my supervisor isn’t entirely pissed at me tomorrow, I mean, she-”

Honesty is a virtue, but I couldn’t focus any longer, and I let my mind started to wander, once again, until my eyes reached the window, and I saw snow start to fall.

And all I could do was hope that someday this weather might make a little bit more sense.