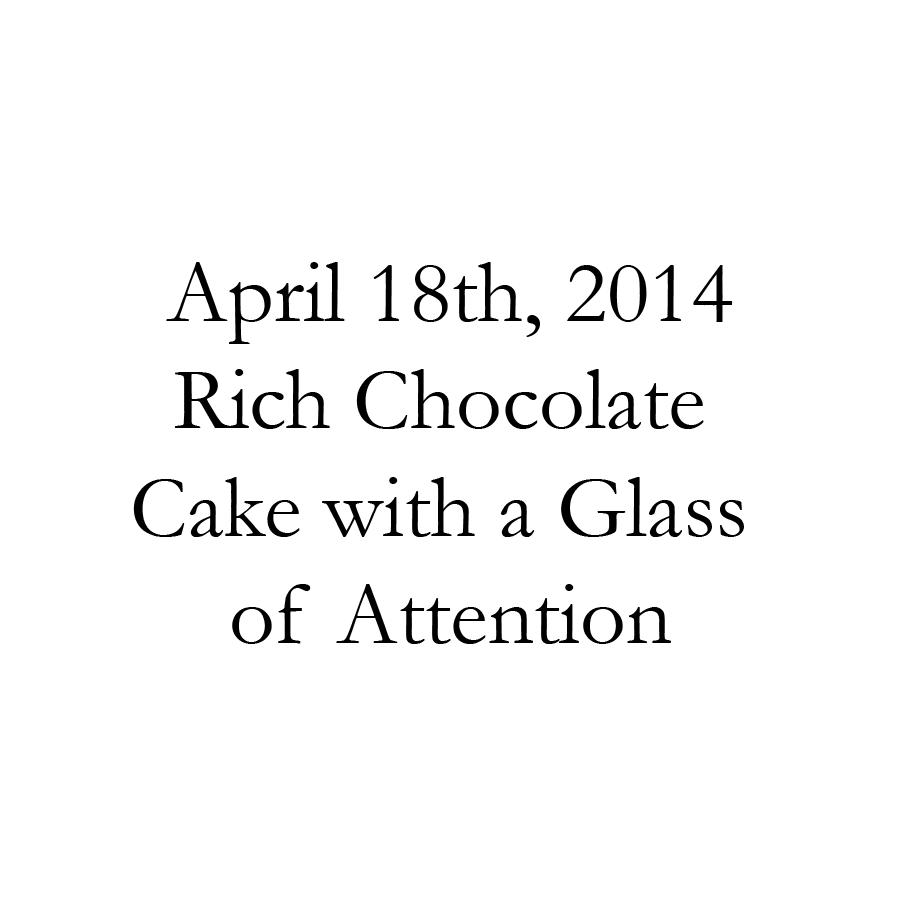 Rich Chocolate Cake with a Glass of Attention

My dad used to say this to me after a hard day of work, reclining by the TV. Sweat would drip down his forehead and he’d wipe the dirt from his brow, then go shower, put on the same crisply pressed shirt, and we would all meet at the dinner table just in time for mom’s cooking.

It became my mantra, almost: “You can get anything.” I believed it with my whole heart. He was my dad, why wouldn’t I believe him? And in my seventeen years, I hadn’t seen any evidence that proved him wrong.

I never doubted him, until I met her.

She was sweet, and subtle. She didn’t project her emotions onto the wall like so many other girls her age did. She was mature, and calm, like she always knew what to say in every situation. And she hooked me with such entirety it was like I kept pouring large glasses of my attention and serving them to her, regardless of whether or not she drank from them.

There were other girls that desired these servings of attention, but I remained naively oblivious to them. My focus was fixed. And I could get anything I wanted. It was just going to take some hard work.

Every day, I imagined what she would say to me if we were together, how she would react if I bought her a gift, or how she would smile if I told her that terribly corny joke that my dad always told. And in my mind, she would laugh and hug me.

And she did. I excitedly took this affirmation of my father’s admonition for hard work. I took her to dinner, and after the dinner she looked at her phone, mentioned that her parking meter was going to expire soon, and left.

So I sat there. The waitress came by and asked me if I wanted dessert. And I imagined that she was still there, and how that coy smile would curl her lips and she would say: “Yes, we would.” So I ordered dessert, and ate it, alone.

The waitress arrived with rich chocolate cake, and as I ate it, my dad’s words flooded my mind:

And I was going to. It was just going to take some hard work, and more
glasses of my attention.