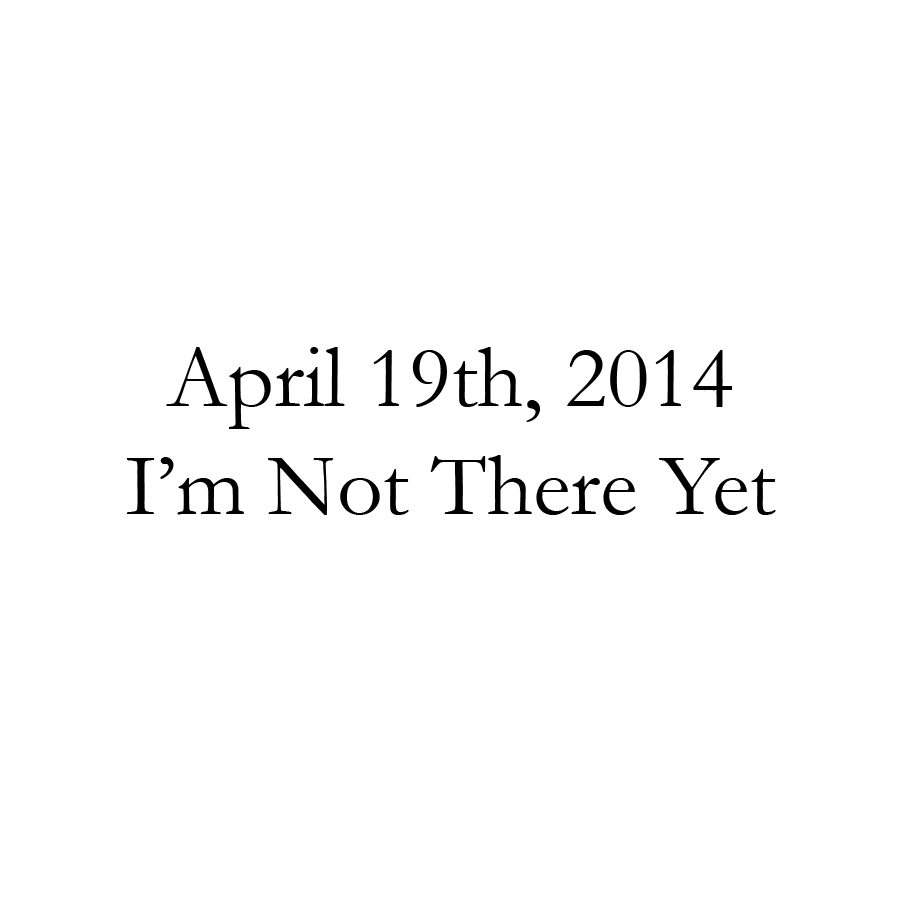 I’m Not There Yet

Rupert looked out the window at the cold, bitter rain. His breath fogged up the glass as he watched the grey sky churn and the wind move through the leaves on the trees like bullets. He put on his boots and raincoat.

He looked up. His dad stood in the hallway, looking at him.

“I’m not sure yet.” He said, with the expected amount of uncertainty in his voice, but enough defiance to try to prove to himself and his dad that it didn’t matter. “I guess I’ll know when I get there.”

His dad’s expression shifted to a healthy degree of cynical skepticism.

He looked out the window and pretended like he hadn’t noticed.

“You’ll be cold if you go out there.”

There was a quick pause. Rupert finished tying his boots and stood up.

His dad stepped to the window and peered through the blinds. The rain turned to sleet and crackled as it hit the windowpane.

“But you don’t even know where that is.”

His father’s kindly and nurturing demeanor faded to a manipulative naysayer. Rupert stepped toward the door.

“I don’t care,” he said. He opened the door, and stepped out, pulling his thin raincoat tight over his shoulders.

His father was right: He was cold. But he’d expected that, and was fully prepared to walk through the sleet and the harsh wind, shivering like he was in shock. The snow seeped through his leather boots and he felt the ice stick through the thin plastic raincoat.

He trudged through the ice, down his street, past the neighborhood pond and out of his neighborhood. He didn’t know where he was going, but he’d know when he got there.

The ice intensified. He covered his face and tried to shield his eyes from the cold sting of the frozen rain. His cheeks reddened and his nose ran. He rubbed his fingers together.

He felt his legs going numb. Everything around him was covered in white.

“I’m not there yet,” He whispered to himself, but his legs didn’t quite believe him, and they gave out. He plopped down on the side of the road, sitting like a duck. The snow piled on him. He saw lights appear in the distance. His body collapsed on its side, and he felt the snow begin the build over him. A truck appeared through the thick, murky air and stopped right beside him. Rupert peered out from under the snow-covered mound. Rupert’s father jumped out of the truck.

His father wrapped a blanket around him, brushed the wet snow off and carried him into the truck.

He poured a cup of hot liquid from a steaming thermos and handed it to Rupert.

Rupert lie in the seat of the truck, staring up at the car ceiling, and out at the grey sky. He burnt his tongue on the hot drink, and slowly felt life pumping back into his frozen fingers.

I’m not there yet.