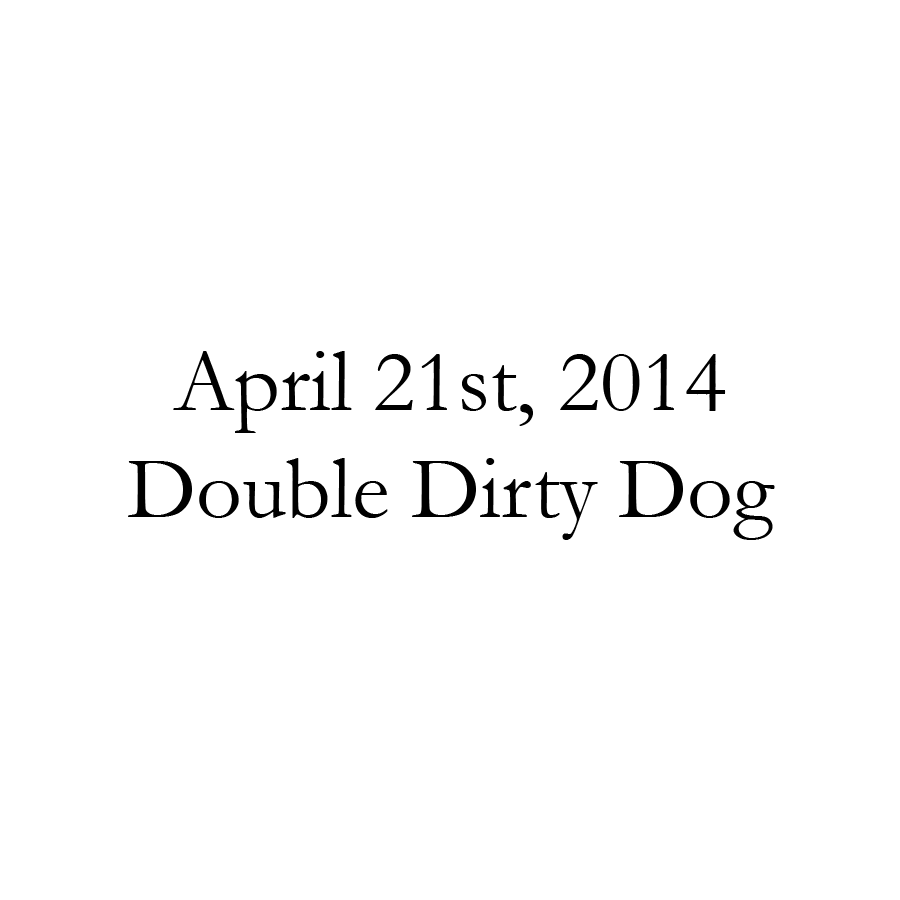 You were walking through Times Square. Okay, if I were going to be honest, I’d describe it more like waddling. You were waddling through Times Square, although I’m not sure I could blame you. You took everything in with childish awe, a dose of confusion, and a small pinch of uncomfortable aimlessness. Your trucker-bellied physique meandered through the tourist ridden crowd until you found Clifton and I. I was operating a camera that had way too many accessories on it, busy thinking that I was doing a good job (Clifton would later tell me that “considering the amount of prep time we had, I did okay”). Clifton was holding a microphone and awkwardly asking innocent pedestrians for interviews about the new double fried chicken corn dog, (termed the ‘Double Dirty Dog’) from that fast food restaurant that I had sworn a solid oath to never eat at. From the looks of it, it appeared that it might have been one of your favorite places to eat.

“It is!” you said, with a naïve enthusiasm, “But as a trucker, you don’t really have a lot of options. I mean, it’s basically like sitting on a couch all day, expect instead of a big screen TV, you’re staring at the road all day. The only place you can eat are places big ‘nough to park the truck, unless you want to cook. But after driving eleven hours a day, who wants to do that? That’s why you need a wife.”

You freely offered pieces of your story to us, almost with more enthusiasm than that of our promotional team as they offered free t-shirts and ‘Double Dirty Dog’ vouchers to unsuspecting tourists.

Clifton tried to prompt you with questions that would evoke curiosity for the ‘Double Dirty Dog’, but you unknowingly dodged each one of them, forming some kind of a bond with your childlike honesty, but simultaneously adding hours to the time I would have to spend editing this interview. Clifton offered to buy you a ‘Double Dirty Dog’, and you accepted, thinking it was a friendly gesture (when really, it was just a way to get some footage for the thirty second promo).

So we made our way to that restaurant, the one I’d sworn a solid oath never to eat at again, on 7th and 51st. As you waddled along with us, Clifton shifted his focus, answering a phone call from one of the other members of the promotional team. You noticed, you definitely noticed, because we almost lost you on the way. You got as close as telling me that you were going to head out, shaking my hand goodbye, but I wasn’t going to let that happen. Not because we wanted to buy you lunch, but because Clifton would’ve stared at me in shock and disappointment if he’d found out I let you get away. I insisted that you stay, and you commented on how it seemed awkward for us to buy you lunch. I laughed and shrugged it off, but actually, you were right. I whispered to Clifton that you tried to leave, and he snapped to attention.

Clifton offered you pieces of his story, almost in exchange for yours. We learned about Dayton, Ohio, and your brother who lived in England, and how you hurt your shoulder hiking in a national park in Washington State, the same place that they filmed part of Twilight at.

Finally, we reached that restaurant. I hadn’t been inside one in years, and stepping in brought back memories from high school, when I didn’t really understand the value of a calorie. We went inside and bought you a ‘Double Dirty Dog’. The cashier handed you a bag with the prized delicacy, and we descended into the dining room underneath the main atrium.

The dining room was dimly lit and smelled a little strange, but you didn’t seem to mind. You were more excited about this ‘Double Dirty Dog’ than I ever expected anyone to be. But when you opened the bag and pulled out holy grail of corn dogs, it was not a Double Dirty Dog.

We laughed it off as an awkward mistake, and you joined in with us, but I could tell from your expression that you hoped to God that we’d actually run back upstairs and get you one. Clifton did.

You started to share with me about your previous day traveling in the city. About how you had stopped at a gas station in Jersey, about how you’d seen a bus full of college kids, about how two of them got in a bloody fight, about how they were punching and fighting until one had a face covered in blood.

It was so unexpected – you telling me this, not the fact that you saw it. I imagine things like this happen in Jersey, but I couldn’t have imagined that I would ever be in the basement dining room of a restaurant that I’d swore never to eat in, listening to you, a stranger that I met less than 30 minutes ago tell me about a violent assault that you’d witnessed the day before.

But what you did next was even more unexpected.

You started to cry.

As you told me about the college kid, with her face bloodied and her shirt torn. Tears trickled out from behind your glasses and down your wrinkled cheeks.

And that selfish part of me, the part that cared more about the stupid promotional video that I was supposed to be shooting, that part started to freak out, because when Clifton came back with that Double Dirty Dog, you were supposed to be happy and cheerful and filled with excitement when you pulled it out of the fast food bag. Instead of understanding that you were just a funny man who needed someone to talk to in the middle of eight million people and had happened to run into me, I just wanted to shoot video of you eating a stupid corn dog and get out of there.

But when Clifton finally did come back with that stupid corn dog, you really, really enjoyed it.