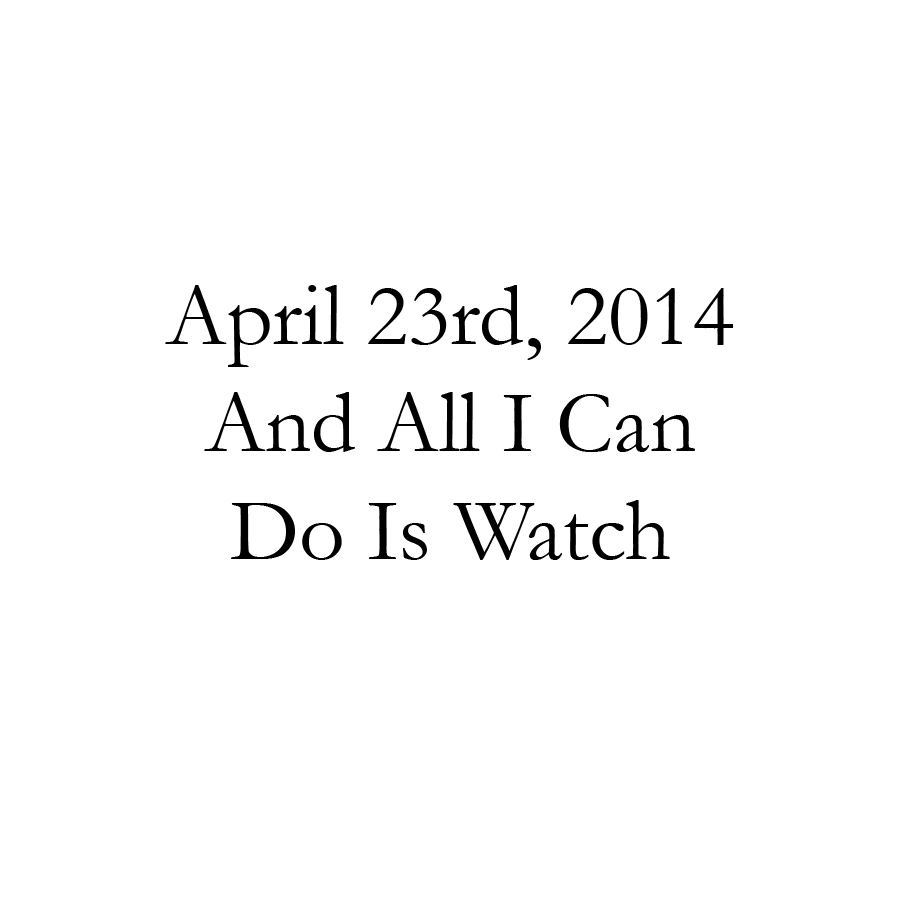 And All I Can Do Is Watch

I don’t want to grow old. Everyone says that, but not everyone means it. I think that there are some people who take comfort in the idea that they are going to die and go to heaven or nirvana or wherever else they think they’re going to go.

I turned a box of matches in my fingers as if they were pedals on a bicycle. Around and around, around and around. The light from my TV flickers and dances in my dark living room. My team is losing, and all I can do is watch. An announcer appears on the screen. So old and crusty – Gosh, just retire already.

There’s a kind of an urban legend I heard from a DIY philosopher in a class at a community college, who said that every seven years you’re a new person, because by that time all of the cells in your body have replenished themselves.

I looked that up, and it’s not true.

But something told me that it wasn’t true before I looked it up. I think that my immutable desire to stay unchanged by time overruled any idea that suggested inescapable temporality.

Maybe somehow I can trick all of the cells in my body to stick around for the long haul, from crib to coffin, ‘til death do us part. They’d stay with me and keep me who I am. And instead of leaving and getting married, starting a family, finding the job that becomes my career, having kids, buying a house, retiring with me when I’m 65, and moving to Florida, they’ll be the same all the way through life. I won’t change.

These cells that have no need to replenish themselves will keep me from having to change. I’ll never have to decide when to marry, who to marry, or wonder if I should have married, or regret not marrying someone else, because I’ll never change. I’ll always be the same.

I’ll never have to decide when to quit my job, or if I should look for a new job, or wonder whether or not I’m doing the right thing with my life, because I’ll just stay the same person, down to the very last cell, and no one will be able to change me.

I’ll never have to worry about whether or not I’m different than I was, for better or for worse, because the answer will always be no, I haven’t changed.

But that’s not the case.

My cells won’t last my whole lifetime, no matter what kind of David Blaine I play on them. My stomach lining cells last two days max, my blood platelets last ten days, if they’re having a good ten days. My sperm cells, it’s two or three days and they’re replaced. Red blood cells, those guys do okay, they give me about four months, and then their out. Pancreas cells? Well, if I wasn’t diabetic, I’d be cool with the year that they give me, but things don’t always work out as planned, do they?

My body is cycling through, changing, rapidly.

My team is losing, and all I can do is watch.