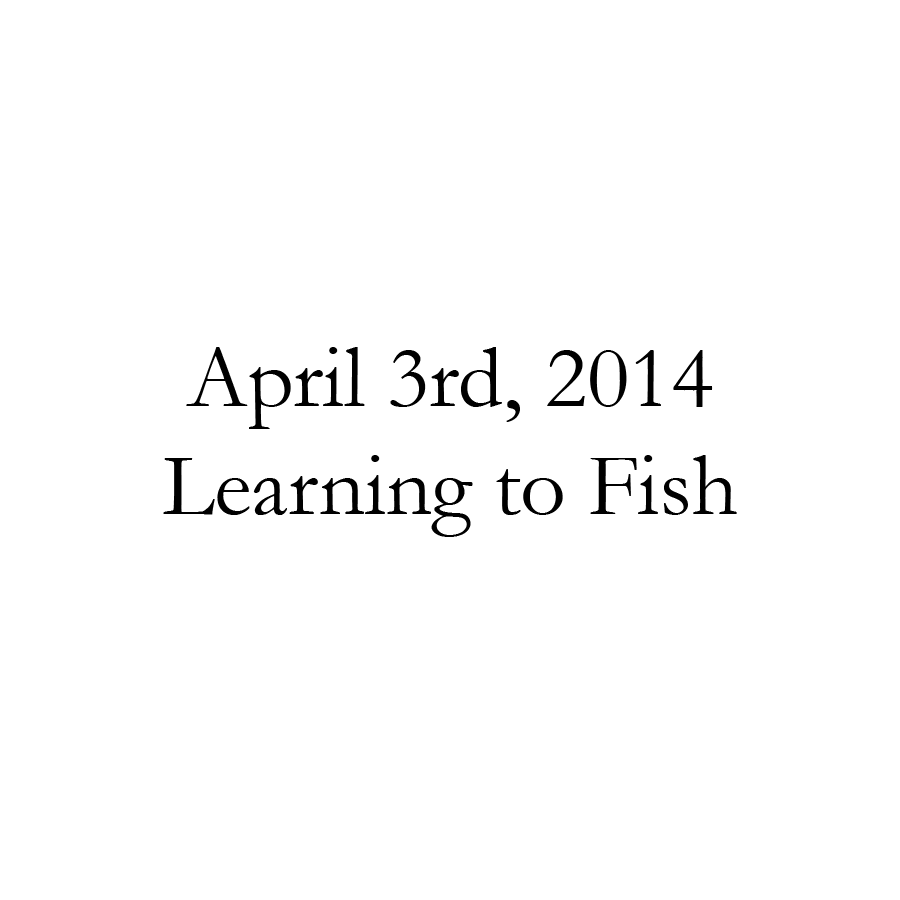 The grizzled man looked up from his fishing line. His skin was darkened from the sun and leathery from decades of the hard South Carolina summers.

The weathered man spat tobacco from his yellowing teeth and spewed more southern twang from his lips.

“Best be wrappin’ this up and getting’ inside,” he said, nodding to the fishing lines that sat still in the eight foot deep shallow water just outside the marsh. He surveyed the sprawling estuary. The water was calm, but the sky grew darker and darker with every minute.

“I read that fish become more active during rain, sir.”

The grizzled man looked at the young city boy one more time, taking his attention from his fishing line. He wondered what in the world a straight-laced shiny-shoed kid from the city was doing here, even if he was from the south, but more than that he wondered why in the world he had agreed to take him out on the dock and teach him how to fish. The city boy couldn’t learn anything.

“Naw. Never heard that.” He pulled the line back in quickly. The bait still wriggled on the hook, not a bite missing.

“I read it in a book about fishing in the estuaries of South Carolina.”

The city boy kept his line in the water, and raised his head to see how much rain he’d have to face if he was really going to stick to his word.

They stood on the dock in a tenseless silence, as if they were waiting for the storm to come so that they could decide what to do next. Finally, the grizzled man wrapped up his rod and grabbed the empty cooler. He started toward the long platform that led out of the marsh and back toward something you could call civilization.

“You comin’?” He said, biting off another wad of chewing tobacco.

“I’m going to stay here for a while. I’ll be right along, sir, just please keep the door unlocked, if you would, please, sir.”

The man gave a muffled “Hmph” and plodded down the platform, stepping across the occasional rotting planks. The boy counted the click-clacking of the old man’s unstylish athletic shoes on the platform and the click-clack-step-clack-clack whenever a faulty plank lay in the way.

The old man got to the end of the platform just as the rain began to drizzle down and a grey mood fell over the estuary. He looked back and saw the kid, standing at the edge of the dock valiantly and determined, hardly having moved an inch.

The man retired to his house, dried off, wiped the sand salt from his eyes, and peered out the large bay windows toward the dock. He saw the boy standing, as driven as ever, waiting for something to bite.

Those city folk, he thought, so determined that they’d plant a rose bush and wait for grapes to grow – daft hopeless Yankees, he thought, even though he knew the last insult didn’t actually make sense, since the boy was born in the south. He shrugged.

The storm rose and sustained itself for nearly two hours, and the man checked outside the window every fifteen minutes. Every single time he looked, the boy was diligently holding the fishing rod, watching the line for the smallest sign of a bite.

The rain finally subsided, and he heard a knock on his front door. He hobbled to the dark oak door and unlocked it.

“I apologize to bother you, sir.”

The boy was soaked, and other than the rod, empty handed.

“Forgot to leave the door unlocked. Reckon you better step inside and change your clothes.”

The man eyed him, quizzically, and ran to get some towels.

The boy dried off and changed his clothes.

“You catch anything out there?” he asked.

Something darted across the man’s face, and if you’d asked the boy what it was, he might have guessed it was a smile of pride and approval. The grizzled man said nothing. He just nodded, with a hint of a proud smile.