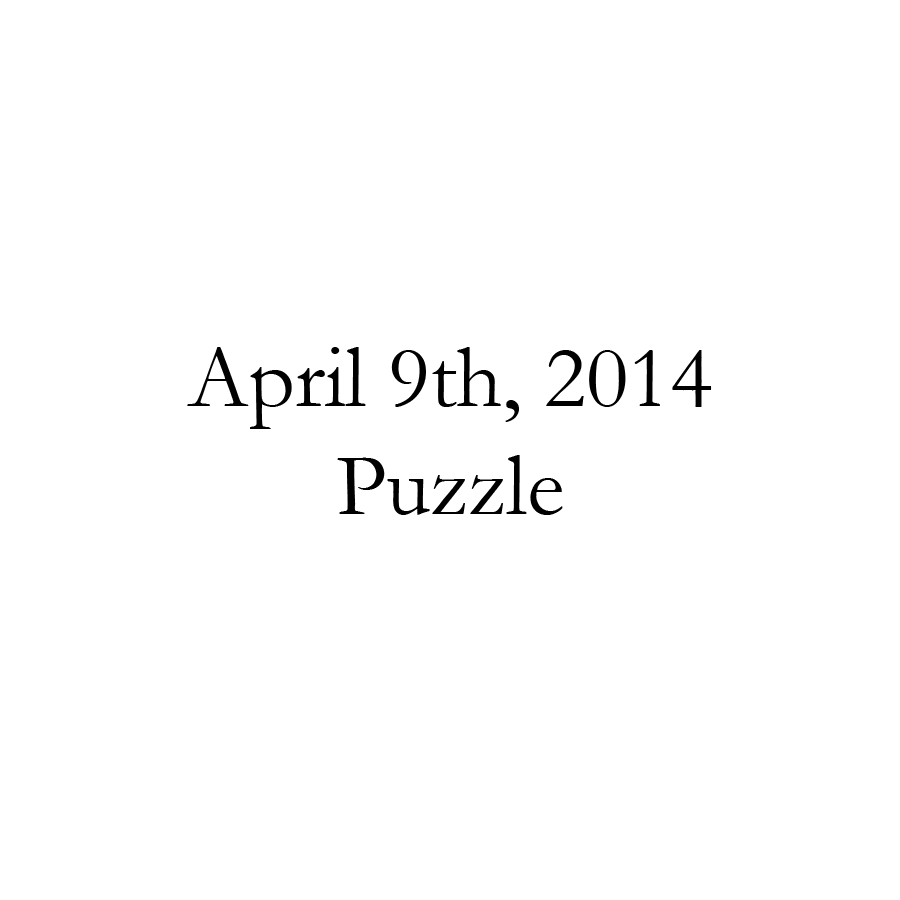 He took the box and hastily cleared a spot on the kitchen table. Dinner was soon, and Kristie would be back with the kids to get ready to set the table, but he didn’t care. He poured the pieces out onto the table. He set up the box so that he could look at the picture as he assembled the pieces, slowly creating an image, bit by bit.

The door slammed. The kids ran in, hyped up from their recent release from school, and ready to exert their pent-up extra-curricular energy.

“Alright, go wash your hands and come back down, I need you to set the table and get the drinks.” She yelled through the foyer.

She put her groceries down and looked at him.

“It’s a puzzle.” He said, hardly taking his eyes away from the scattered pieces.

She shifted, not quite sure if she should laugh or cry or slowly pry him away from the table.

He looked up, snapping out of it, smiling.

“Yeah, of course.” He stood and kissed her. “Just let me move this to the coffee table and we can eat dinner.”

She looked at him, confused, but went along. He moved the completed fragments of the puzzle to the coffee table, moving the books and magazines to their bedroom to make room.

The next day, he started a new puzzle, right before dinner, once again. As she served dinner and tried to convince her children to eat their vegetables, his new hobby scratched at the door in the back of her head.

The next week, he missed picking up the kids at soccer practice. She found him in their bedroom, composing a puzzle on their bed.

He looked up at the bedside clock.

He muttered out a number of other excuses, but she heard none of them. He grabbed a small travel puzzle and bolted out the door.

On Friday, she asked him if they could plan a dinner date – like one that they hadn’t had in a long time. They’d both been busy with the kid’s school, their jobs, the kid’s soccer practices, and more. He agreed.

She stormed home. The kids ran upstairs, confused when mom appeared in a dark red dress and makeup, and dad remained in the bedroom, putting together a puzzle.

That night, she laid on the couch, waiting for sleep to come to her, and yet it never did. At around 2am, she stood and crept to the bedroom.

Her emotions had worn thin, like the old silk nightgown that wrapped her exhausted body and prepared it for sleep.

She entered the room.

“You’re awake, too?” His quiet voice broke the silence.

She went to the door and checked the hallway, as if to clear her head of any scratching at the door. She got into bed beside him and felt the warmth of his body. She snuggled up beside him. She held him, tighter and tighter in her arms, until-

He slipped out of bed.

She flicked the light on in the kitchen.

And saw him there, slaving away at a massive puzzle in the center of the kitchen table.

Everything had been pushed aside. The fragments of the puzzle scattered across the entire span of the table.

A terrifying pause filled the room – the kind that is outlawed by the federal government. The pause gave way to a kind of lull, waiting with baited breath for him to offer some kind of justification.

But none ever came.

So she took the car keys.