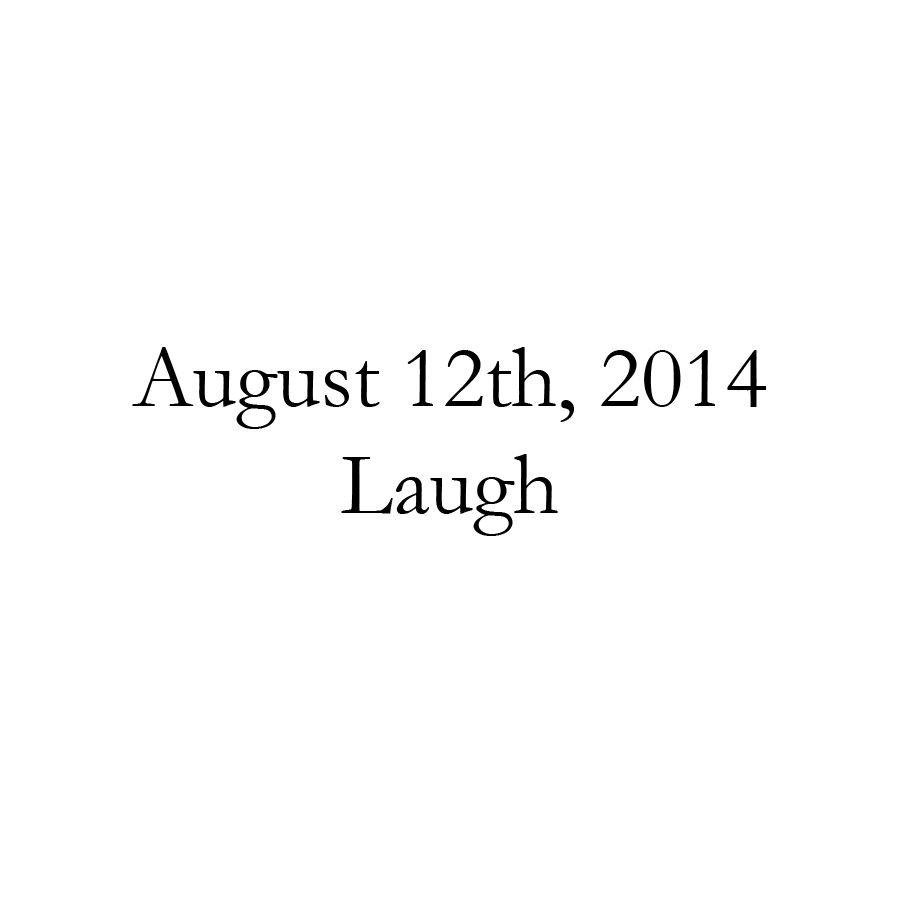 Before I even knew what a comedian was, I knew I was supposed to make people laugh, because that’s what I did naturally. It was like someone had picked me off of a shelf, bought me at a store, took me home and pulled me out of the box, and that’s what I did. No assembly required; guaranteed to make you laugh.

And the thing that kept me coming back to comedy was the power of laughter. Watching the other comedians go through their routines, it amazed me that something as simple as the words you say could make someone shake with laughter. And that laughter could somehow make a person feel a certain way, release chemicals in their brain that could physically alter them. We were brain surgeons: rewiring how our audiences felt as they watched us perform in tiny backroom theaters and hole-in-the-wall auditoriums.

There was nothing quite like the rush before going on stage in front of a moderately inebriated crowd that was expecting you to make them laugh. The jumble of jokes that you spent all week sorting through is sloshing around in your head, and you step out into the spotlight, staring into the dark void. No notes, no life preserver, no podium. Just you, and your jokes.

And it worked. The tiny bars and theaters grew more and more crowded and filled with wild, booming laughter. I felt the momentum grow, but it didn’t hit me until one of the Manhattan shows.

The crowd was fluid, and flowed whichever way I took them, and so after the show, all of us behind the stage were in a good mood. Shooting shit with the other comics was one of the only places that felt like home to me, as strange as that is to say. As we called a cab to get us to a place with a higher alcohol density, one of the other comics caught my arm and asked me how I did it.

“How do I do what?” I said, genuinely unaware of what he was asking.

“How do you do it? How do you make them all laugh? Every single night, it’s like a switch. Bam. You say the words, and they laugh.”

At the time, I just shrugged it off and attributed it to a good crowd. It wasn’t until a year later that I thought back and wished that I’d had an answer.
People assume that laughter gives you meaning. When that scruffy faced comic stopped me in the greenroom after the show, he wasn’t asking how I made people laugh. He was asking me how I gave people meaning.

I tried. Again, and again, and again. Every fucking night, I walked out onto that stage under those blinding lights and wove an immeasurably complex tapestry of laughter inducing stories and gags. The audience loved it. But what they didn’t know was that none of it was for them. I walked out onto that stage and made them all laugh because I wanted laughter to make me a better person, a more likable person.

But it didn’t. So I tried something else. And that something else worked a hell of a lot better. It slowed me down a bit, and took the sharp edges off of my mind, smoothing it down, like a flood of water against a rough stone. It rewired my head in a way that laughter never did.

My last show was at that same theater – the same tiny little theater in Manhattan where I got stopped in the greenroom on my way out. I didn’t know it was going to be my last show, but I felt it. Something in me was off, or out of sync, and there was only one way I knew of to get rid of that feeling.

Laughter scrapes and covers, but regardless of the number of people that were laughing, it never filled me up. When the laughter died down, and the crowd started to leave, and everyone went home for the night, I was still alone. I walked off of the stage with the gnawing feeling that it would be my last time. The laughing murmurs of the crowd still echoed behind me. But I was still alone.

Laughter could somehow make a person feel a certain way: Make them happy, make them smile; make them feel warm and fuzzy inside. Laughter could release chemicals in their brains that could physically alter them.

But it could not save me.