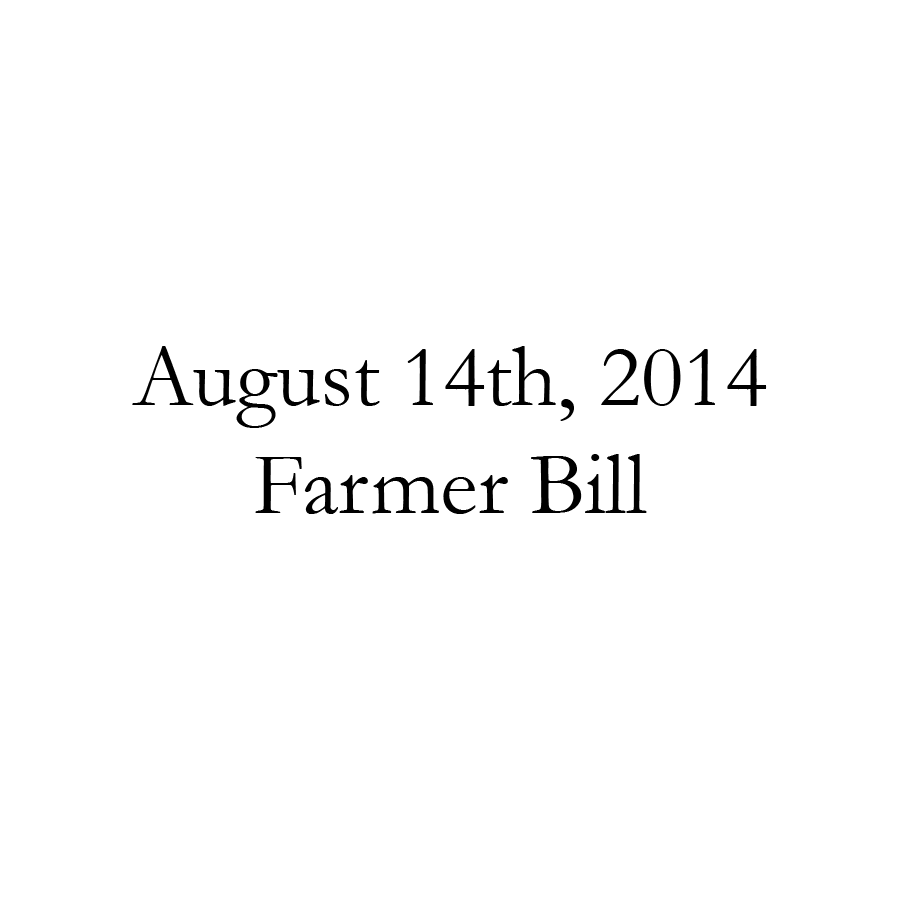 I’m told that it’s not my fault if I was born into a wealthy, upper class life, as long as I try to escape it before the age of thirty. I can’t tell you the number of times someone told me “You don’t know what it’s like to be twenty dollars away from living on a sidewalk.”

The problem is that was true. My life is more or less a bedtime story: Something that parents tell their kids before they tuck them in at night; A¬ peek into the comfortable wealthy security that wraps my life up into a nicely wrapped gift with a bow on top. My bedtime stories, on the other hand, were cute stories about Farmer Bill milking cows, feeding chickens, or doing chores at 5 in the morning. It took me a long time to realize that these activities were indispensable obligations of life for Farmer Bill, not just fun things to pass the time with. If the cows didn’t get milked, Farmer Bill wouldn’t have any milk to sell. And if the chickens didn’t get fed, Farmer Bill wouldn’t have any eggs (or any chickens, for that matter).

I finally realized this around the time when I turned sixteen. Shortly after that, I enrolled in a pre-college Artist workshop at a local public school in order to earn additional credits that might help me get into Cooper Union, not knowing what the hell I was about to get myself into. The class consisted of a diverse range of students from varying backgrounds, and yet somehow I still stood out. I learned more from the other students than from any of the skilled celebrity instructors.

The students spread their life stories like they were contagious diseases. I heard all about a girl’s relationship trouble and her sexual escapades, all about a guy’s adventures in Thailand, and all about another girl’s family life in a commune in Northern California. Finally, and unfortunately, someone brought up the topic of money.

“My dad just sits around at our house all day and watches TV,” A girl explained, as a matter of fact. “We get calls from debt collectors all the time, but he just lets them ring. It’s so annoying.”

Off the cuff, I asked what was on my mind:

“Why doesn’t he answer?”

“Because he doesn’t have the money,” She said. “If he had the money, he’d answer, and we wouldn’t have to listen to the fucking phone all day.”

The kids quickly picked up on the fact that I lacked an understanding of the way the world worked. I was naïvely unaware of the existence of their favorite fast food restaurant, and had never driven in a pickup truck or been to the bad side of town. But they were amused at my narrow view of the world, and tried not to exclude me from their circle. One day, after a massive art assignment, one of the guys struck up a conversation as we both left the studio.

“Taking the bus to Dover tonight. Visiting the girl for the first time since last fall.” He smiled, clearly excited.

I bared my naiveté even more clearly:

“The bus? Why are you taking the bus? Why don’t you just fly? So much faster.”

He stopped, abruptly and looked at me. He lifted his fingers and rubbed them together, indicating Cash.

I looked at him, confused.

The semester ended, and none of the other students made the slightest effort to say goodbye or bid me good luck in college. As I packed my canvasses and brushes, I realized that the only thing I learned was how little I knew and how insular my perspective inevitably was.

So instead of going to Princeton on August 17th, as my parents had planned for the greater part of my life, I bought a bus ticket to Albany, with nothing but a backpack and $40 in my wallet. I got a job waiting tables, and became decent at it, until I got fired, three days before the rent was due on my dingy den of an apartment.

I returned to my parent’s house, with a strange feeling of regret, shame, and stubbornness. Nothing had changed. I was still just as ignorant of what it meant to live outside of the confines of my limited upper class wellbeing. But I was only more uncertain of how to break it.

I thought that removing myself from the security of familiarity and forcing myself to live like I had no money would be enough. I thought that putting on a false cast and using crutches would help me understand what it meant to walk. But who does that? What healthy person uses crutches to race when there are cripples who don’t even have crutches? What right did I have to flee from money, when so many people died every day to get it?

My parents accepted me with open arms, happy to see that this was “just a phase”, and that this “phase” had passed. After dinner, my dad invited me out to our back porch, pouring me a glass of wine and handing me a cigar. We sat in silence for a long time, before he finally spoke:

“Good trip?” He asked me, his chubby fingers grasping the cigar.

“A lot of good experiences, I’ll bet.” He said, and chuckled. “Did you find any really poor people who couldn’t see what was going on outside their own existence? People are always short sighted, especially when money’s involved like that.”