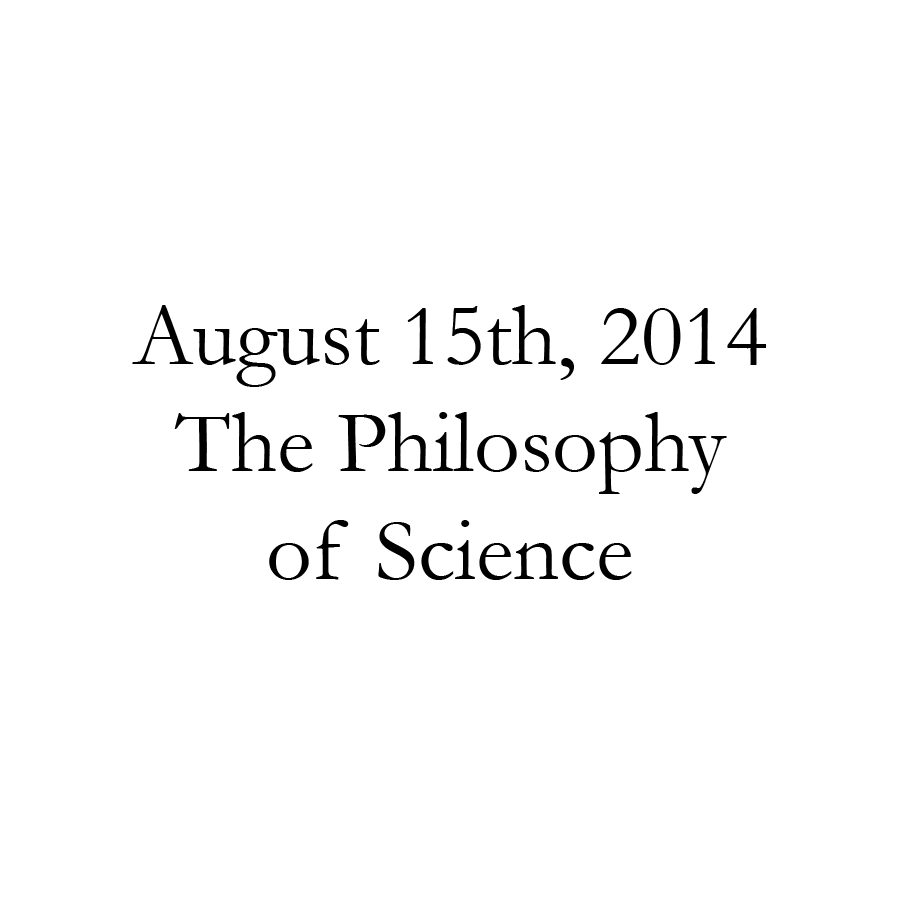 My college philosophy professor could boggle student’s minds like scrambled eggs at the university cafeteria, making you wonder whether or not they were real. It was a humorous thing to watch: She lured us all in with her British accent, and then, in a wicked twist of fate, turned everything we knew about the world on its head.

One kid in particular, who by the way he was dressed clearly had an affinity for science, engineering, and other disciplines otherwise known as ‘nerdy’, had what could be considered a physical reaction to one of the our British teacher’s notions.

I can’t remember what the philosophical term was – God, I should have studied more in that class, instead of being distracted by that French girl – But it was a fascinating idea. Called something like the ‘Consistency Bias’, or the ‘Reproducibility theory’. The core of the idea supported that all of our belief systems are held out of faith, because we all carry the underlying assumption that things will be repeatable. Things should happen the way that they’ve always happened – why wouldn’t they?

But this assumption, that leads us to believe we can conduct science, live normal lives, or make rational decisions, is flawed. Science roots itself in the idea that we can expect and plan for precedent, whereas this idea brings into question the notion that we can rely on the past in estimating future events. It’s really quite simple, actually: We know that an apple is going to fall because it’s fallen before. But just because something has happened before doesn’t mean it’s going to happen again.

My philosophy teacher tried so very hard to plant the seeds of uncertainty in my head, flaunting her British accent while speaking in complicated philosophical jargon. By the end of the class, I was pretty sure she was actually a witch, like the one from Hansel and Gretel that eats children, and she just taught philosophy because it allowed her to legally scare the hell out of college freshman, most of whom were just trying to figure out where the cafeteria was, and not contemplate the philosophy of science.

But the seeds of this idea, whatever it was actually called, never took hold in my head. I got a B- in the class, but I’m not talking about the test scores or a grade.

I paved the road that my thoughts drove down with precedent. Though not as sturdy as asphalt, and not as strong as concrete, precedent breeds that feeling of familiarity by feeding you the same old things, and leading you the same direction, never wavering.

Precedent, or whatever that damn philosophical term was actually named, fed me and guided me since before I had a precedent. At eight years old, I did things because I’d done them before. I always sat at the same place at the family dinner table, no matter the time, or the situation, or the number of guests we had to the house. One weekend, when our grandparents visited for dinner, we all gathered in the kitchen and took our seat at the table. Precedent led me to crawl underneath the table to reach the other side, tap my grandfather on the shoulder, and tell him:

“You’re sitting in my chair.”

At times, though, precedent served as more of a rail – a speeding train, eternally going in one direction. I was privileged enough to have parents who set me on the right track, and made sure I boarded the train for success, which was, more accurately titled the ‘Work Hard, Study Hard, Perfection” train.

It was a frightening train, but not a difficult one to stay on, once you got going. In elementary school, I was a trained robot on the precedent train headed for Charlotte Magnet Middle. By the time college was on the horizon, I was conditioned like a Pavlovian dog for school, studying, studying a little bit more, and maybe, if I happened to be in the right car on the precedent train, I could get a little bit of sleep.

It paid off with grades and awards, honors and bumper stickers, feeding the fire of the Pavlovian training even more. Studying architecture didn’t present itself easily to me (Or anyone, for that matter), but I was ready for it. I stayed up late and got up early, lived off of energy drinks and protein bars and prided myself in my work ethic. I’d always done that to some degree, and precedent, regardless of what that British witch of a philosophy teacher had to say, relentlessly drives forward.

And after I graduated and got a job, I drove forward and applied the rigor of a marathon runner to my work. Comprehensively focused and determined. It was what I’d been trained to do. When I got married and started inviting storks to the home, the familiar wind of precedent rejected my efforts to be a family man. Precedent kept me doing the same things that I’d always done. Work hard, focus, lose sleep, forget about people around me, live off of an apple a day, get home late.

I wished to that non-existent god whom we talked about in that fucking philosophy class that my teacher was right – That precedent, or whatever it was really called, was simply an illusion that imposed itself on our assumptions, and not a deep rut that we can’t escape. Because I’ve tried to, and it’s hard.

Precedent is a familiar pattern, a road you’ve walked down before or a restaurant that you’ve eaten at in the past, until you try to escape it. Then it becomes a prison.

I got home one night at 3 am from the firm. My daughter celebrated her birthday that evening, while I was presenting the final designs of the new office building downtown. I stepped inside, tucking away the can of energy drinks into the recycling bin, as quietly as I could.

“Everything alright?” My wife asked.

She let any flame of intensity die behind her eyes.

I thought that she’d stamped out the last of her anger, but I was wrong about that, too.

“I’m sure that will make it up to he,r” She said, bitterly, and went to the bedroom.

“I’m not perfect.” I said, but she’d already left.

I said it again, more to myself than to anyone. Then I said it again, wondering if I was talking to the paved street of precedent, or to that non-existent god, or to the kitchen walls, or the floor, covered in balls of wrinkled wrapping paper.

Science roots itself in the idea that we can expect and plan for things that have happened before. We expect similar results to similar actions. We know that the apple is going to fall because it’s fallen before.

There’s no rational reason to believe things will behave in the future the way they have in the past. But there’s faith for that.

I stepped into my daughter’s bedroom, and watched her dream about her dad being at her birthday party. I kissed her goodnight, praying to that non-existent god that he would give me this thing called faith.