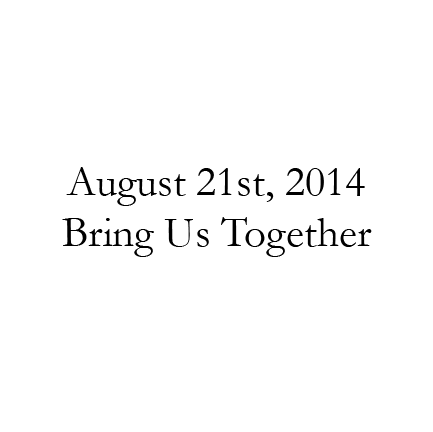 We continually tried to discover who was truly the predator and who was truly the prey, but even after eight years of marriage, we couldn’t figure it out. There was nothing easy about being an atheist married to a Christian. Each and every single one of our family members tried to dissuade us from getting married. And when we finally did, each and every one of our family members glared across the aisle as we walked down past them together.

Perhaps I should have been more cautious, or at least more conscientious. But, other than the fact that he was a Christian, he was perfect,.

“Isn’t that wrong?” I asked him one day, “Aren’t Christians only supposed to marry other Christians?”

He sighed, and nodded, like he did before giving in to an argument about doing the dishes. He didn’t say anything for a long time. Finally, he looked up at me.

The simplicity of his words cut me, stark and straight, like a razor blade across a sheet of glass. A month later, we were engaged.

We were in love. It didn’t matter that one of us believed that humanity came from chance, time, and stardust, and the other, from the voice of God himself. We went through the typical struggles of marriage: communication, expectations, priorities. But all of those struggles disappeared when we discovered we were expecting.

We forged a motto: “Life is going to bring us together.” Sure, maybe it sounded like the slogan of some ill-conceived advertisement, but we were proud of it. Any time we felt some kind of disconnect, or discord, we repeatedly recited our motto until we believed it again. Our families were as skeptical as they had always been, and eagerly watched to see which of us would parent our first-born.

But all of that changed. We never got to that point. We never got to see our child celebrate its first birthday, or pray, or read Christopher Hitchens. One morning, I stumbled into the bathroom, pregnant and tired. I don’t remember blacking out, or being found on the cold tile, or being told that I was no longer expecting a child. There would be no new life––and that’s when things broke.

He couldn’t let me believe that our unborn child was unburied, that it wasn’t resting now in heaven. Pretty soon, his calm, reasoned voice became one of frustration and disappointment, and we proved our families right before we split.

If life brought us together, death pounced on us like a predator on its prey.