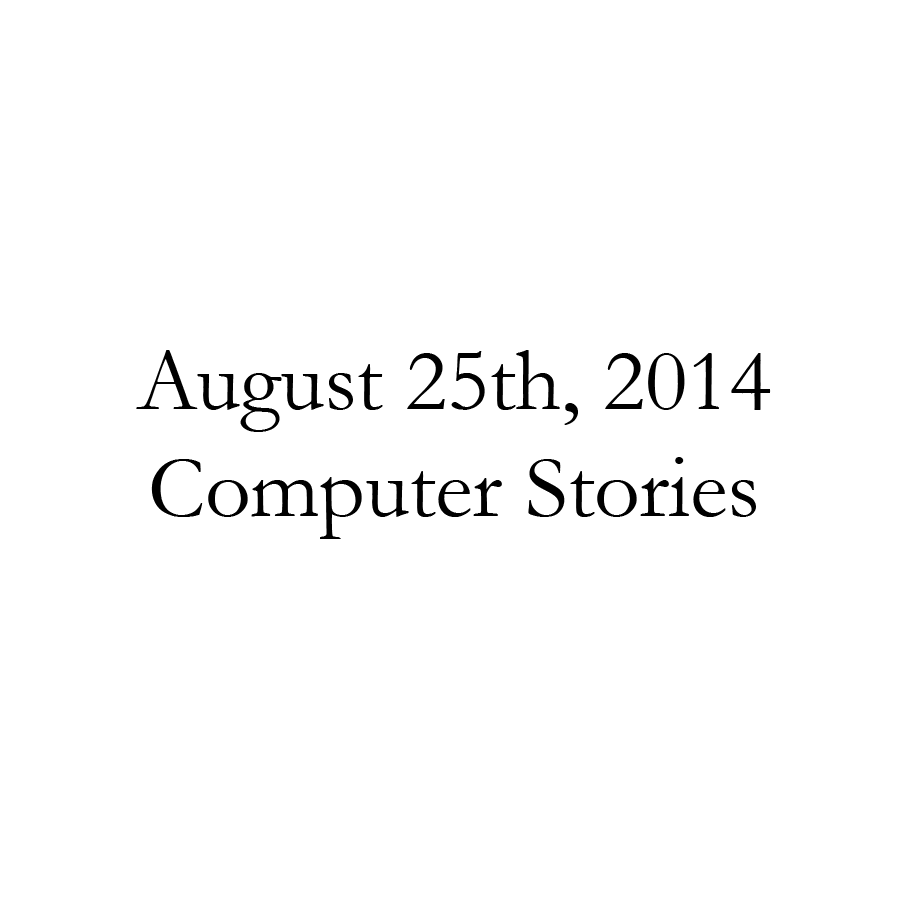 There’s nothing more frustrating than someone not knowing what you’re made for. I’m a computer, so that should be self-evident. We’re in the twenty-first century, for crying out loud, but there are lots of people who don’t seem to know that. I can’t blame them, really, because after all, I’m only a month old. Some people are from the Fifties or Sixties––if they were computers, well, they’d be at the dump by now. My lifespan is a great deal shorter, so I can’t really judge, can I?

Several times, I was far too close to being picked up by an elderly couple who probably didn’t the difference between the “on” button and the backspace key (not fun, I assure you). Another time, I was absolutely certain that I was destined to sit on a small desk and deliver emails for the rest of my existence, but I lucked out of that one, thank Ive.

Finally, just when I started to think I might get overlooked before the latest model replaced me, a tired, unkempt, distracted college student picked me up and bought me without even checking my specs. That made me a bit nervous. There are only so many reasons why a tired, unkempt, distracted college student might want a computer like me. I began to think I might’ve missed something, not being bought by the elderly couple who thought that the “on” button was the backspace key.

The college student brought me home, pushed the mess of papers and books off his desk, and set me down. He opened my screen and pressed the “on” button.

I’d heard from other computers that the first thing users do with you tells you who they are. Some check their email (that’s a bad sign. If they do that, you’ve got a long, boring road ahead of you). Some of them install Skype, or Adobe, or iTunes, and you start to think that things might be all right. Some of them go straight to a website with some explicit content, and you realize that things have taken a very bad turn.

I’d heard lots of stories of first uses, but I’d never heard about this: the college student opened me up, turned me on, opened a word document, and started writing.

I thought for a moment it was an assignment––some essay or report that was due in the next twenty minutes. That might explain the amount of fatigue in his eyes or the amount of mess surrounding us. But after a paragraph or two, I realized, it wasn’t. It wasn’t a report, or an essay, or a paper of any kind. From the college student’s fingers flowed a tide of verbal emotion, caged in black and white Times New Roman, 12-point font. I monitored, quietly, as he spun an intricate web of poetic narrative, spiraling in and out of expectation, and wrapped in a comforting conclusion.

He wrote for an hour or two––I’m not sure exactly because he didn’t even bother to orient me in the correct time zone. He just kept typing, slowly sculpting a fearless arrangement of nouns and verbs, prepositional phrases and indirect objects.

After a long while, he paused, and held still for a long while, silent. I watched him as a tear rolled out of the corner of his eye. He wiped it away, and kept on typing. Finally, after another hour, at what must have been four a.m., he stopped. He stood, went into the other room, and turned off all of the lights.

I read and reread the work, over and over, until my screensaver came on and I fell asleep. The next thing I knew, I was awakened by someone else entirely.

I didn’t know how long I’d been asleep. My calendar said it was two weeks, but that must have been wrong. I must have been erased, or something, and yet everything was still with me.

It was a woman who woke me up––old and weathered with what looked like forensic experience. She was some kind of investigator, and her latex gloves felt strange on my keyboard and my screen. She closed me down, put me inside of a plastic bag, and locked me away.

And I’ve been here ever since. Locked away, with nothing to do or read except one word document, woven with the most beautiful words I could ever be stranded with.

It makes me angry that no one will ever get the chance to read them, except for me. But deep down on my hard drive, hidden in my processing power, I sense the smallest bit of gratitude in the fact that I’m the one he chose to share his story with.