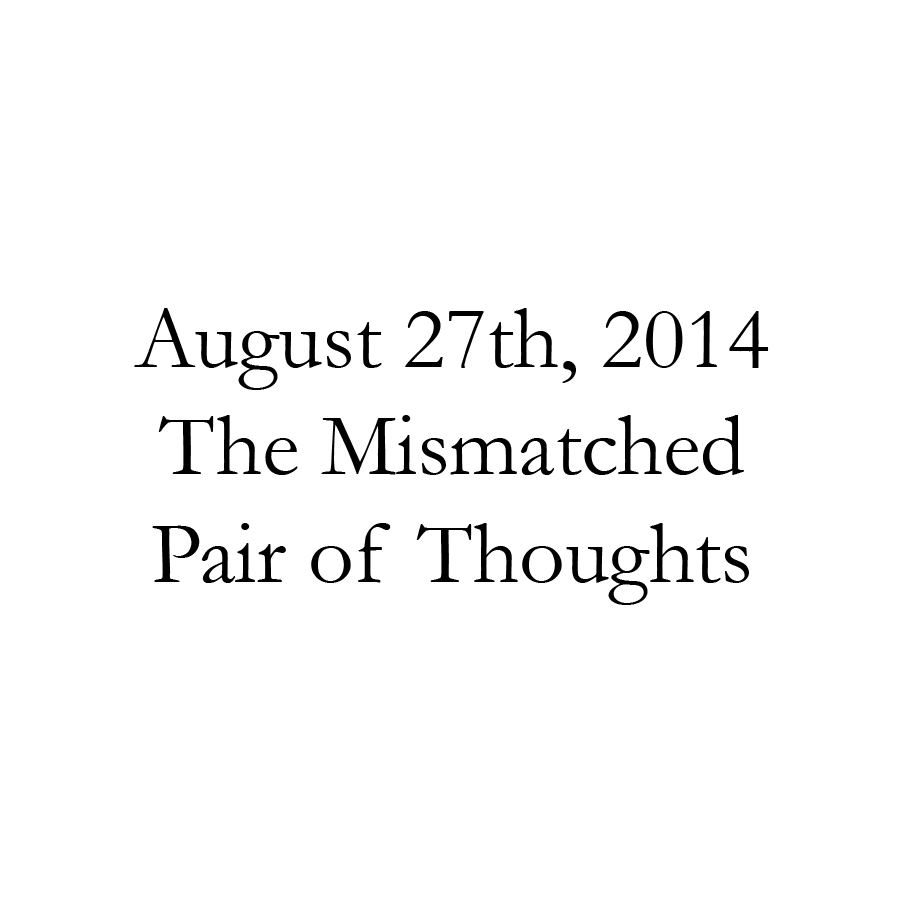 My mind is a wandering machine, which is sort of like a laundry machine, but instead of socks and shirts and underwear, it tosses my thoughts around until they are all jumbled up––but hopefully a little bit cleaner. The timer goes off on my wandering machine, and I open the door and reach inside. In some ways, it’s quite like a laundry machine: I put in matching pairs of thoughts, but when the cycle is done, I always end up with two mismatched thoughts that have no pair at all.

I pull all of the thoughts out into my wandering basket and sit down to sort them out.

I fold one of the thoughts that I had last week, in the middle of a Bible study: a thought about what I would eat for dinner when I got home. I fold up another thought, one I had on Tuesday morning while walking to work, about how many times the word “hate” has been said in the history of the world, compared to the word “love.”

But some of my thoughts have grown holes in them, and that’s very annoying. This one thought that I had two days ago about an idea for a short film has a massive hole in it by now, and I just might have to throw it out. There’s a chance that my friend Delilah might be able to mend it (she has a thought-knitting needle, and has offered to mend some of my thoughts before), but I don’t really want to bother her.

I don’t find any mismatched thoughts, which probably means that I’m not looking deep enough into the basket. I reach my hands in and find thoughts about guitar strings and baboons, about orange marmalade and xylophones, about girls whose fiancés are Marines, and that guy Eddie I met last week who works at Wal-Mart.

I try to organize them, sort them, iron them out, and hang them up in my wardrobe. But there’s no order to them. Some are wrinkled, some are stained. Some have shrunk, and some have absorbed the colors of those around them.

I gather up another load of wandering thoughts for the machine: thoughts about Jamaican coffee, about dry ice bombs, about fresh-baked bread, about roller-skate wheels. I dump in a cup of thought detergent, turn the switch to “heavy machine wash”, and watch the machine start.

I used to take my thoughts to a Wanderomat. I used to pay to have them washed and tumbled and cleaned and dried. But even the professional Wanderomat couldn’t make sense of my thoughts.

So I stare at the machine, watching the thoughts tumble around and around, hoping someday that I’ll be able to remove the spots, iron them out, and find a matching pair.