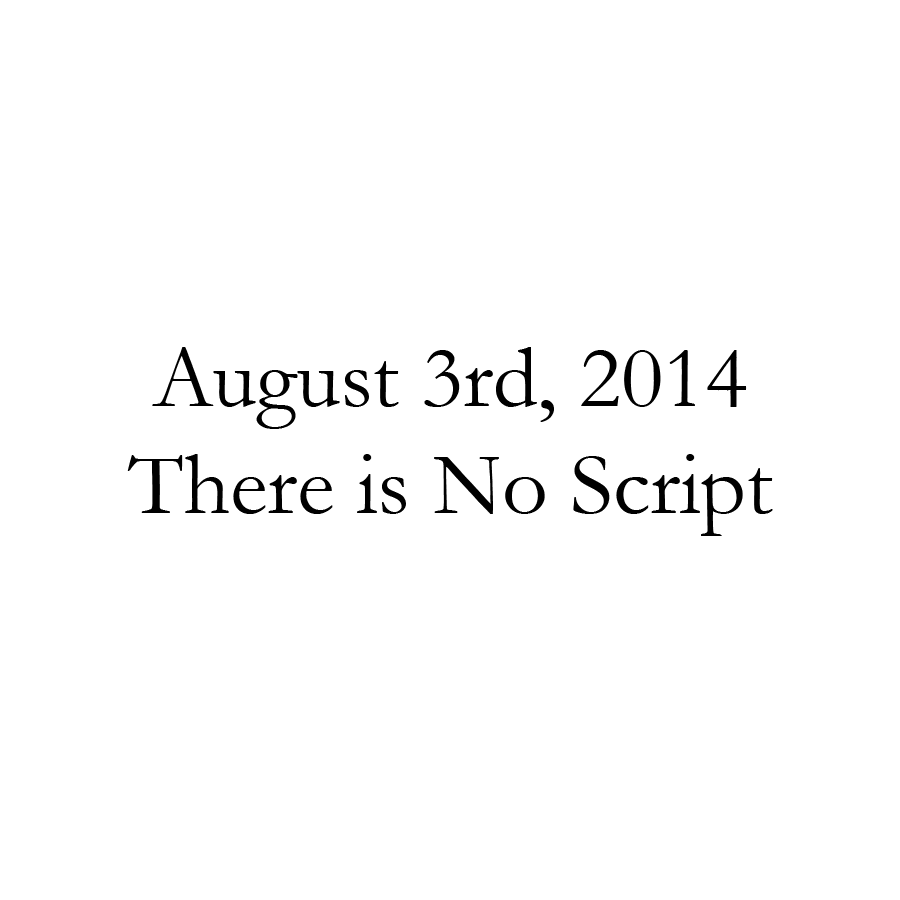 I’d like to tell myself that there’s an overarching design to the way life works. Really, I would. But there’s a frightening amount of uncertainty in my life that makes that difficult to believe with my whole heart, half the time.

When I was young, I used to imagine that my life was a movie, and that I was just a character, following a script, written by God, with my parents serving as executive producers. I held onto that idea for a long time, because it’s nice. It feels good to believe that nothing is a coincidence, and that even if someone says something really mean to me about the music I wrote — like the kids in high school might have when I performed my music for the first time — at least it was part of a script.

The script gave me an idea of what I should be doing, where I should be going, and to whom I should be reading my lines. There’s a sense of fulfillment I achieved when I said all the lines the way they were written, or hit the cues precisely when they were supposed to be hit. Every morning, I knew what I was supposed to be doing, because, after all, it was in the script.

And then, one day, it disappeared. I left the script on my bedside table when I went to sleep, and when I woke up, it wasn’t there. I looked all around, scrambling through the library of my subconscious mind and into my memories, but it wasn’t there, either. I was in a hurry, and remembered the gist of my lines for the next couple of days, so it wasn’t that big of an issue.

Only it didn’t. Three days later, and I started to skip my lines and miss my cues, throwing everything off. I put everything on hold and went looking for that missing script, but I still couldn’t find it anywhere.

One evening after work, I wasn’t tired, so I picked up my dusty guitar and picked some notes, crafting a song out of the ether. There was no way that this was in the script, but it felt good to let my fingers dance on the strings, pulling the music from the instrument, like breath from the air. I played the guitar all night, writing down the notes and the music until the sun rose and poured through my bedroom window. I scrambled to work, bags under my eyes, and without a shower.

When I got to work, my boss turned to me and said: “You’re fired”, which freaked me out (Not because I lost my job, but because I didn’t know if that was part of the script or not). I tried to guess what might be in the script — What would God have written for me next? What would he have wanted me to do? If I could only find that damn script, none of this would be a problem.

I packed up my office and took everything back to my apartment.

I tried to think about all of the things that might be written in the screenplay for me to do: Look for a job, budget out the next month of expenses, call my friend Jim about a job opening at his company, update my resume or send some cover letters. Or do laundry.

I lay down, afraid to move. Afraid to do anything without the script.

Finally, I looked over at my bedside table, and realized:

There is no script.