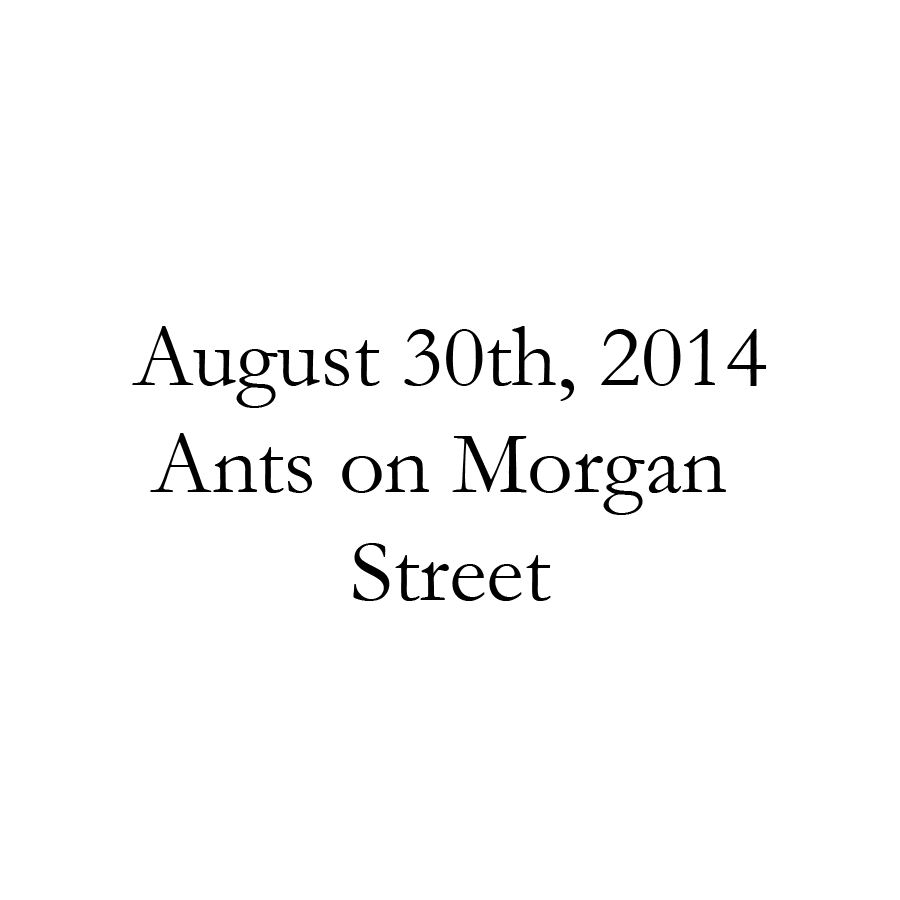 There are some things that my father knows how to do really well. I didn’t think this was true for a very long time. It wasn’t until I turned sixteen, when my father quit his job and led our family down the intangible adventure of starting a small business that I realized that he might be good at something.

He was good at getting people excited. He was good at having energy when nobody else did. I was sixteen, for crying out loud. Sixteen-year-old boys are supposed to have more energy than their parents, but in his case, I simply couldn’t compete. He was good at coming up with ideas and implementing strategies, which made our homegrown special event business boom. He ran our family like a game show host, or the ringleader of a rag-tag circus.

But for all of his skill, he was not very good in one area: directions and navigation.

Wolverine Welcome Week, our most important event of the year, was primary evidence of my father’s kryptonite. He woke us all up at the crack of dawn, jumping around the room like he’d had a dozen cups of coffee. The frightening thing about that was that he didn’t drink coffee, and he still managed to summon more spunk than my sixteen-year-old self.

After he herded my siblings and me into the family van, he drove us all across town, following the event truck filled with tables and chairs and popcorn makers.

The event proceeded through the massive wave of college freshman weighed down by free t-shirts and poorly made key chains. Monday passed and Tuesday arrived, much in the same way that I rolled over in bed to greet it.

When we arrived on Tech’s campus, after a nightmare of parking, directions, navigation, and rerouting, our event space had been ravaged. Not by college students. Not by vandals. Not by homeless drifters. Our space had been entirely invaded by ants, who had found the remains of popcorn kernels strewn about our tables.

Every once in a while, in the middle of an event, my father would practice another one of his developing skills. In the midst of an intense battle against the army of ants, my father decided to display his skill of teaching and explanation. We were on a college campus, after all, so in the spirit of education, I decided to let him practice.

“You’d think that ants would just be able to talk to each other and tell each other where the popcorn is, but that’s not how it works.”

When he said that, I knew it was going to be a very long day. I questioned whether should tell my father that he wasn’t a college professor.

He smiled at me and popped a piece of popcorn into his mouth.

“Yeah,” I muttered, still battling off ants, trying to imagine how many of them were giving off the run away! scent.

“That’s pretty weird.” I said, turning to study the ants once more. They didn’t appear to follow any order, direction, authority, or scent. They followed squiggly lines of irrationality and chaos. I squished a couple more of them, and the rest just continued onward.

“They have a whole entomology program at Tech. Just think of all the things you’d learn going to school here. It doesn’t have to be entomology — but just think.”

I would have preferred my dad to delve further into the details of ant communication and the smell of insects than my future. I wanted a clearer vision of my future than most people my age. And yet, my idea of the future remained foggy and blurred, despite my best attempts to focus my lens and plan the next four years of my life.

I looked around the campus at the over-enthusiastic college students, layered down with school colors, branded koozies, key chains, and lanyards. Nothing in this environment communicated knowledge — it was more like a cult.

“You gotta start applying this semester!” he smiled, munching on more popcorn before tousling my hair with his greasy fingers. I nodded, turning back to continue my battle with the ants, and he moved on.

The day drew out, the ants were defeated, and we gave away more popcorn than any group of people should be allowed to consume. By the end of the day, I carried the scent of popcorn with me like an ant spreading the good news to all of his fellow ants. My siblings and my mother had headed home early, so I climbed into one of the event trucks with my dad.

As he pulled out of the parking lot and onto the jungle of the college campus, my stomach turned from hunger, but even more from fear. I watched from the passenger seat as my father took three wrong turns, then circled back around onto the street we had started from, and then took the same three wrong turns. I felt my distant hope of eating dinner before eleven p.m. fade quickly.

I watched him take three more wrong turns; this time, only one was a repeat. I wished my family had left a scent that we could’ve followed home.

Finally, he got us off Tech’s campus, then took another wrong turn. We pulled back onto the main road.

“I know it’s a left on this road,” he said, peering through the windshield like it was a pair of reading glasses. A road sign for Morgan Street, on the left, appeared ahead of us.

“Damn it, dad!” I erupted. I’d spent too many hours staring at mindless wandering ants to handle any more unintentional direction.

“Do you know where you’re going or not?” I yelled.

He paused, and let the truck come to a rest on the gravel road. Finally, he said:

I fell silent, and stayed silent the whole ride back.