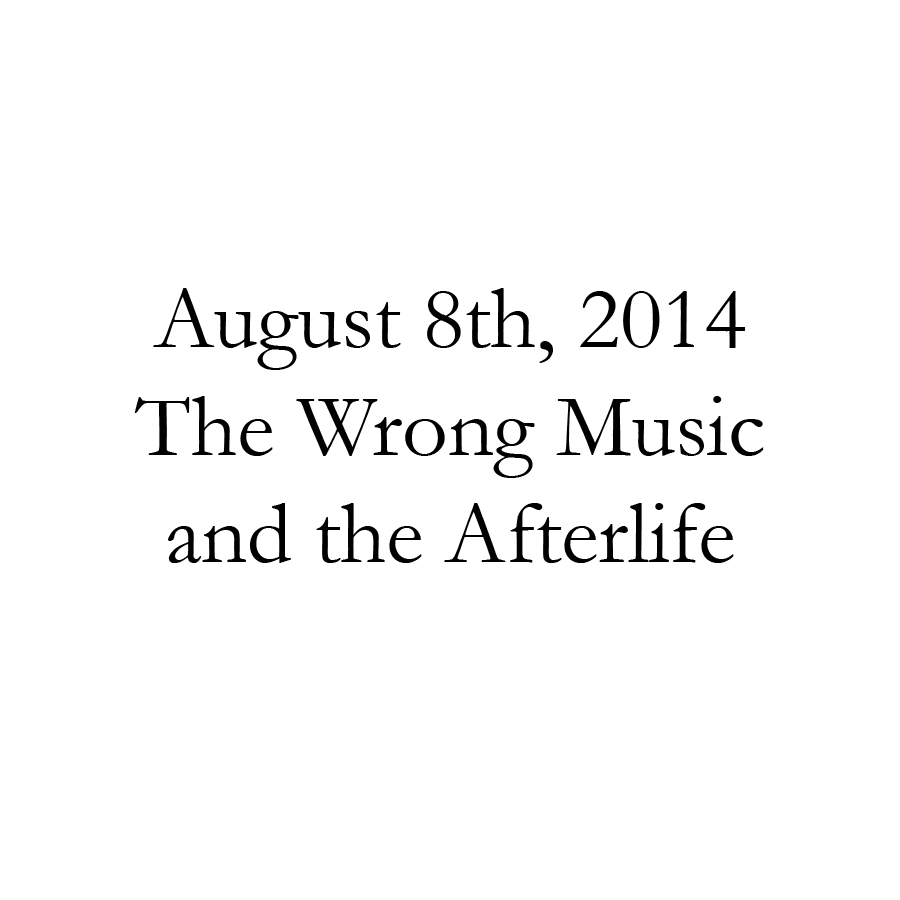 That wasn’t the music that I’d wanted them to play at my funeral, but strangely enough, it fit, because everything else at my funeral was out of place. I wasn’t supposed to be dead. Not yet, at least. I’d always hated arriving to anything early, and my own expiration was no exception.

The ones who were crying weren’t the ones I expected would be. My little twelve-year-old boy just stared at my coffin, a hollow emptiness in his eyes, but no tears. My wife bit her lip until I thought surely she’d bite it off, but she didn’t cry either.

My coworker, Frank, stood at the back of the small crowd that had gathered at my funeral, trying to extinguish the faucets that flooded from his eyes, and silence the noise that could only be referred to as blubbering.

The whole event didn’t last long. Everyone said goodbye much in the way that I expected they would: Awkwardly, like they were talking to a tree that had just been cut down. They all filed away, to their cars, and then to a funeral reception that was held just down the road.

But that was all out of place, too. Refreshments were served, a little nicer than my last birthday. People chatted, whispering nice things about me that were, in fact, mostly false. I sat around, watching everyone, wondering which of my friends was the most honest, and marveling not only at the fact that there was an afterlife, but that I was in it.

The afterlife felt about the same as real life – Nothing like it was talked up to be. I couldn’t walk through walls. I got tired at the same rate as I did when I was living. Nobody paid much attention to me.

I walked over to my son, and sat next to him the whole time. His eyes remained dry and piercing, unwavering toward something distant. I’d always thought that when he did that he was staring at a ghost, until I became a ghost, and he couldn’t see me.

I stayed with them, every day, never leaving them, wherever they went. When they went to the grocery store, I was there with them. When they went to church, I was there with them. I visited my son at school, and my wife at work, and got to see them at their best and at their worst. I saw my wife when she lost her temper at work, when she lost her job, and when she interviewed for that new position. I watched my son get drunk for the first time, lose his virginity, and graduate from high school.

I became an intruder, and an outsider: More intimate than a father ever would be, and more of a stranger than I ever could have been.

Twelve years after I died, I decided I should move on. I went back to the house to pack up the last of my things, and walked down the hallway, toward the front door.

It was late. Dark. Almost midnight. As I opened the door, I heard music coming from my son’s bedroom.

I crept down the hall.

I opened the door, and saw him sitting on his bed, picking and strumming my old guitar, playing the song that I’d wanted them to play twelve years ago.

And as the song ended, he started to cry.