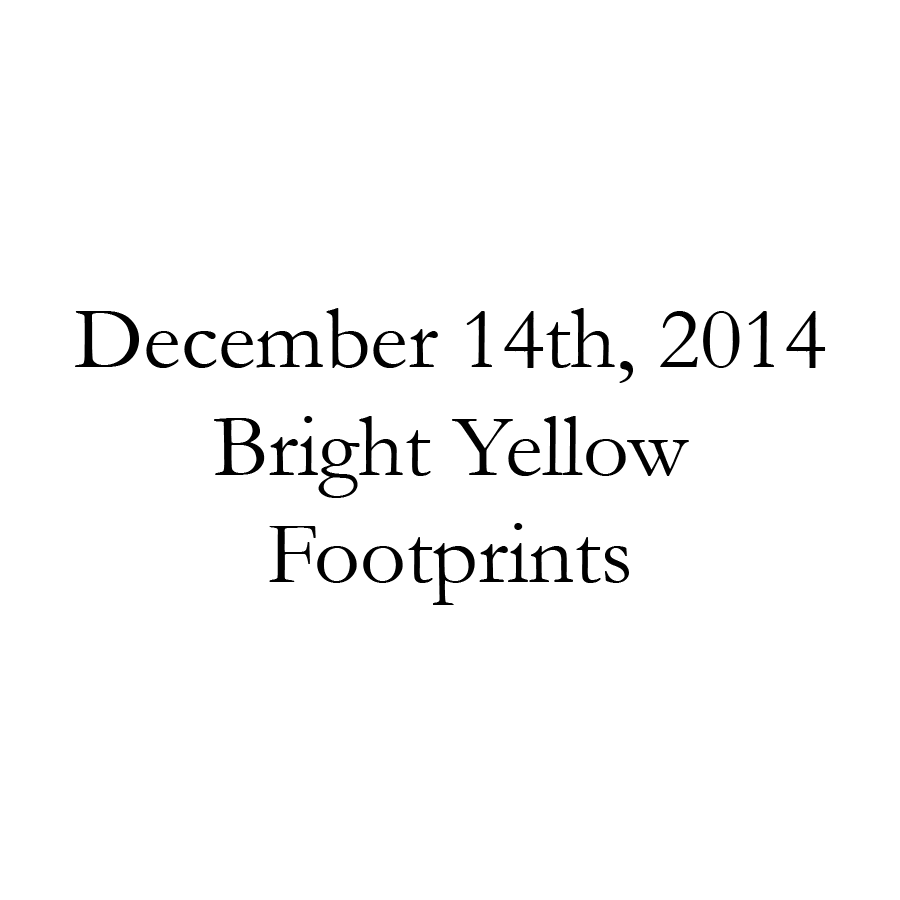 The city streets had scraped against his boots and worn them down until they hardly held together. The once thick, sturdy leather flexed and threatened to tear with every step.

He’d walked all over the city in these boots. He remembered when he first bought them—how he’d saved up for a month to afford them, and how when he put them on for the first time he didn’t want to take them off. They filled him with vigor, and they led the way throughout the city.

Into the Financial District, past Wells Street and into the Warehouse District, then back north through the mazelike streets of Cob Village. The first time his boots carried him through the artist havens of the North Side, he had to dodge the puddles of paint that seeped out of the artists’ studios. But now that his boots had neared the end of their journey, he felt a distant regret. Maybe if he had stomped straight into one of those puddles of bright paint, he would be able to trace back all of the places he’d been in the last seven months of his life.

He liked that idea, and wondered why the hell he’d been so worried about getting paint on his boots. They were torn up now, and it didn’t matter. If he’d stepped through that paint, he could have somewhere to return to. And if anyone had been beside him, walking with him on that afternoon in the North Side, their footprints together could have announced to the world that he wasn’t alone. But instead, no bright yellow shoe prints claimed the streets, no companions stood by his side.

How silly, he thought, as he passed the last studio on James Street. Who would’ve actually stepped in a puddle of paint with me? I’m alone.

His friends weren’t the kind to step into paint and follow someone. He wasn’t sure that he could lead any of his friends there, even if he was ever given the chance. And his family was far too distant to join him, no matter the reason.

He knelt down and examined the irrevocable tear that had split his boot apart. The sole was so thin he felt the damp of the winter asphalt. The laces had snapped multiple times and were now knotted together in a discontinuous thread. He took off his coat, pulled a small piece of cloth from the disintegrating lining, and wrapped it around the boot as a makeshift until he got home.

He left the North Side, and walked across the Saltz Bridge, through the Bakery District, toward his apartment. The rich smell of baked bread and roasting meat clawed at his stomach and awoke the tenacious hunger in his bones. He hurried past the restaurants, trying not to look inside.

He scurried quickly up the hill to get to his building, and reached the door of his apartment. He looked back, over the city, and could almost see every step he’d ever taken. He sighed and turned back inside.

By the time he reached the top of the third flight of stairs, his boots had fallen away from his feet. He bent over and pulled the remaining pieces off. He looked up and stepped toward his apartment door.

The latch on the door was unlocked—not how he’d left it.

He opened the door slowly.

Nothing appeared broken, or stolen, or damaged. He stepped further into the small apartment.

At his feet was a brand new pair of boots. He knelt in shock.

He looked around, still holding the soggy fragments of old leather in one hand, and the new boots in the other. He stood, confused, then stepped into his bedroom. A freshly sewn quilt lay over his depressed mattress.

He turned and ran to the kitchen.

A thick loaf of homemade bread sat on the small counter, with a note:

We hope we didn’t surprise you too much. Stay warm, stay safe.

He sat on the grimy kitchen floor. He read the note again, then again. Then folded it, and put it in his pocket, then unfolded it and read it again.

From the kitchen window, he could see a sliver of the city. And in that sliver, he could see his footprints in bright yellow paint—he was sure of it. But they weren’t alone.

They weren’t alone at all.