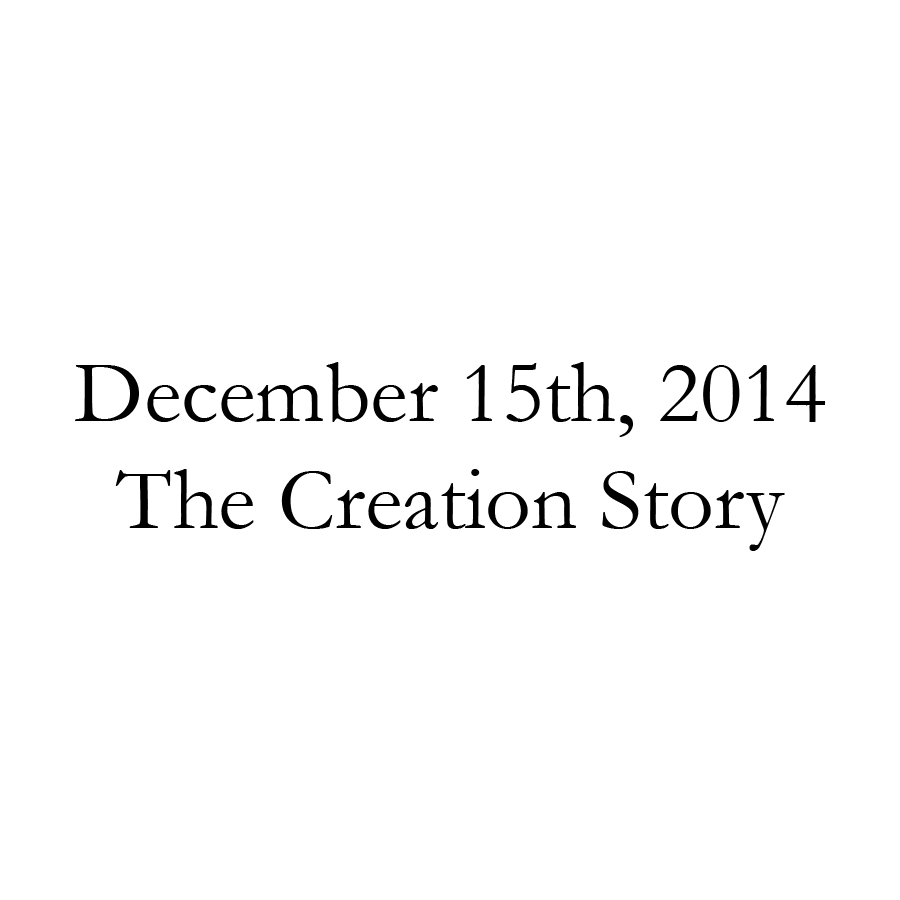 Far too many creation myths and origin stories claim that some god crafted us out of dirt or clay, or the dust of the earth. I’m not sure why — there’s nothing romantic or desirable about being made from the ground that we walk on, although maybe at the very least, it’s poetic. Maybe we won’t feel as bad knowing that we’ll end up in the dirt, if we believe we came from it?

But I harbored a festering skepticism, so I stepped outside on a bright, sunny day, when the earth looked most alive and willing to answer, and I asked it:

I don’t know if you’ve ever asked anything of the ground, but if you have, then you know: It is slow to answer and doesn’t like to be bothered. So I waited. Finally, it spoke in a gravelly voice, and told me to ask the wind.

The wind speaks much more frequently than the earth, but every word fades in and out and its voice is a faint whisper. So I called out, loudly, and strained my ears for an answer.

Through the leaves and the clouds, I caught a wispy ghost of a voice. It swirled around me, circling me, until it finally swept its sounds together and formed words that I could understand:

I pulled my coat over my shoulders, against the wind, and climbed a nearby hill. The sun shone brightly, and as I reached the peak of the hill, I screamed, loud and brilliant.

But the sun just laughed, a warm, comforting laugh. No cynicism tainted its mirth, but it wove no answer into its chorus of sunshine, either. “Ask the moon,” it said, and then slowly sank into the horizon, like a child playing hide and seek.

I sat on the hill, on a bed of grass, and waited for the moon to arrive. It curled into the sky, a sharp crescent with a silver smile that beckoned my questions.

The moon’s jovial mime left me unsure that I would ever receive an answer, or that it would do anything other than smile at me, silently. Finally, when it reached the middle of the sky, the moon grinned and said, “The ocean knows, my friend. The ocean knows almost everything.”

I shrugged, and watched the moon fade from the night sky, dodging and dancing behind clouds as it went. When the sun finally reappeared, laughing warmly, I stood, and walked to the shore.

The ocean wasn’t far — a thirty-minute walk from the city. The seaside drew a reserved serenity that had nested in my soul, hidden for far too long. I walked up to the ocean, and stepped barefoot into the waves. Before I could ask, it knew what I was there for.

“Why are you worried about where you came from?” it asked me, waves rumbling back and forth.

“What else would I be worried about?” I whispered.

The ocean laughed and crashed. More waves lapped up against the miles of sand.

“All of you humans just blend together; I can hardly see any difference between you. So don’t be concerned with where you came from, because the pieces that made you came from everywhere.”

I thought about that for a while. There was something poetic about it, but maybe not as poetic as being made of dust and returning to it in the end. The ocean’s abstract meanderings sounded nice, but they clanked against my mind. I turned away, and my eyes set on the city in the distance.

I couldn’t argue with the ocean. Everything around me was just something smaller — thousands of tiny parts, bonded together to form a whole. Millions and millions of grains of sand formed miles and miles of beach, which in turn formed the structure of the continent. Millions of blades of grass all wove together until they formed the cushioning blanket for the earth to wrap itself in. I turned back to the ocean.

“You’re not one thing, either,” I challenged it. The ocean just crashed and lapped at me, but I continued: “You don’t believe me, do you?” I said. “What about the rain drops? What would you be without them?”

The waves continued, but the ocean didn’t respond.

The ocean was no doubt shocked and surprised to realize that it was made of nothing more than millions of water droplets, just as I was hesitant to accept the composite of my own existence. I turned away from the sea, and walked back to the city, meshing into the vast network of streets and cars and people and sidewalks.