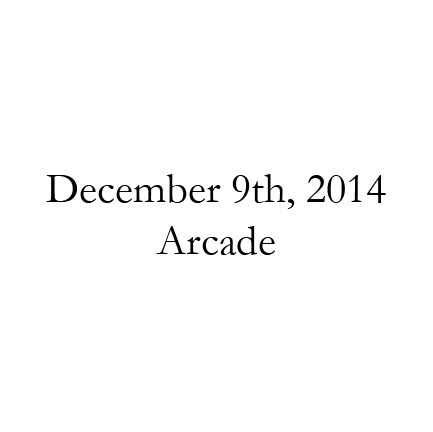 I knelt and slid a couple of those grimy arcade coins into “Lethal Manipulators” and stood, confident and ready for an early 90’s digital battle. At eight years old, nothing drew more enthusiasm and adrenaline rush than to face my brother in an epic skirmish inside of a box arcade, tucked away in the corner of Frankie’s Fun-Park. The screen flashed numbers, and a macho voice counted down until the combat began. My brother and I waited with bated breath.

All the sounds around me faded: the chirps and songs of the other arcade games, the rattle of the pinball machines, the robotic voices chanting strange anthems meant to attract little kids, and the screams of tiny children being rewarded with coupons after winning a game of Whack-a-Mole. For the next ninety seconds, I existed only as a Lethal Manipulator.

I’m not sure I knew what aiming was, or if I employed any strategy to get closer to winning. I’m not sure I could even have told you how to win the game, or what a Lethal Manipulator was. But I knew that I liked shooting the bad guys, and that if I shot more bad guys than my older brother, I would beat him.

My older brother was never a sore loser. Maybe that’s why I liked playing him. After ninety solid seconds spent thrashing my plastic gun around like it was a piece of heavy equipment casting violent death onto hostile enemies, the screen would collapse and declare my brother the winner. He’d turn to me and say something like:

I’d nod and maybe laugh, too. Again? Sure. It was just another chance for me to prove myself. I’d beat him eventually, and he’d see what I was made of. I was sure of that.

I knelt, wiping my forehead, just like I’d seen in action movies, and slid two more grubby arcade coins into the machine. The macho voice of “Power Steve” counted down, and we resumed the battle. The ninety seconds raced by once again, and my brother turned to me.

“Of course!” I almost shouted, urgently, as Power Steve counted down the seconds. I didn’t even look to see how many coins I had left. I just shoved two more Frankie’s Fun-Park quarters into the machine and we opened fire for another ninety seconds. He won again.

“Again?” he said. “You’ll definitely beat me this time.”

I didn’t even need to answer. I just raced to grab the coins from my pocket and slammed them into the machine.

This was my moment. I could feel it. I pressed the trigger harder than I ever had before. I shook the gun violently, like it was thrashing into my tiny frame every time I fired it. I scrunched my face, shielding my eyes from the wave of digital explosions and gunfire. Finally, the ninety seconds were up, and my brother had won again.

“Looks like somebody’s the king of the street,” said the pixelated figure of Power Steve. The words “Play again? Add coins to continue” appeared on the screen, and my brother turned to me.

I dug my hands into my empty pockets. I was out of coins. I looked up, and the game expired.

“I ran out,” I muttered, afraid I’d lost my chance.

He placed the plastic rifle back in the holster and shrugged, then walked away.

I’m not sure I knew what aiming was, or if I employed any strategy to get closer to winning. I’m not sure I could even have told you how to win the game, or what a Lethal Manipulator was. But my brother did, and I wanted to be just like my brother.