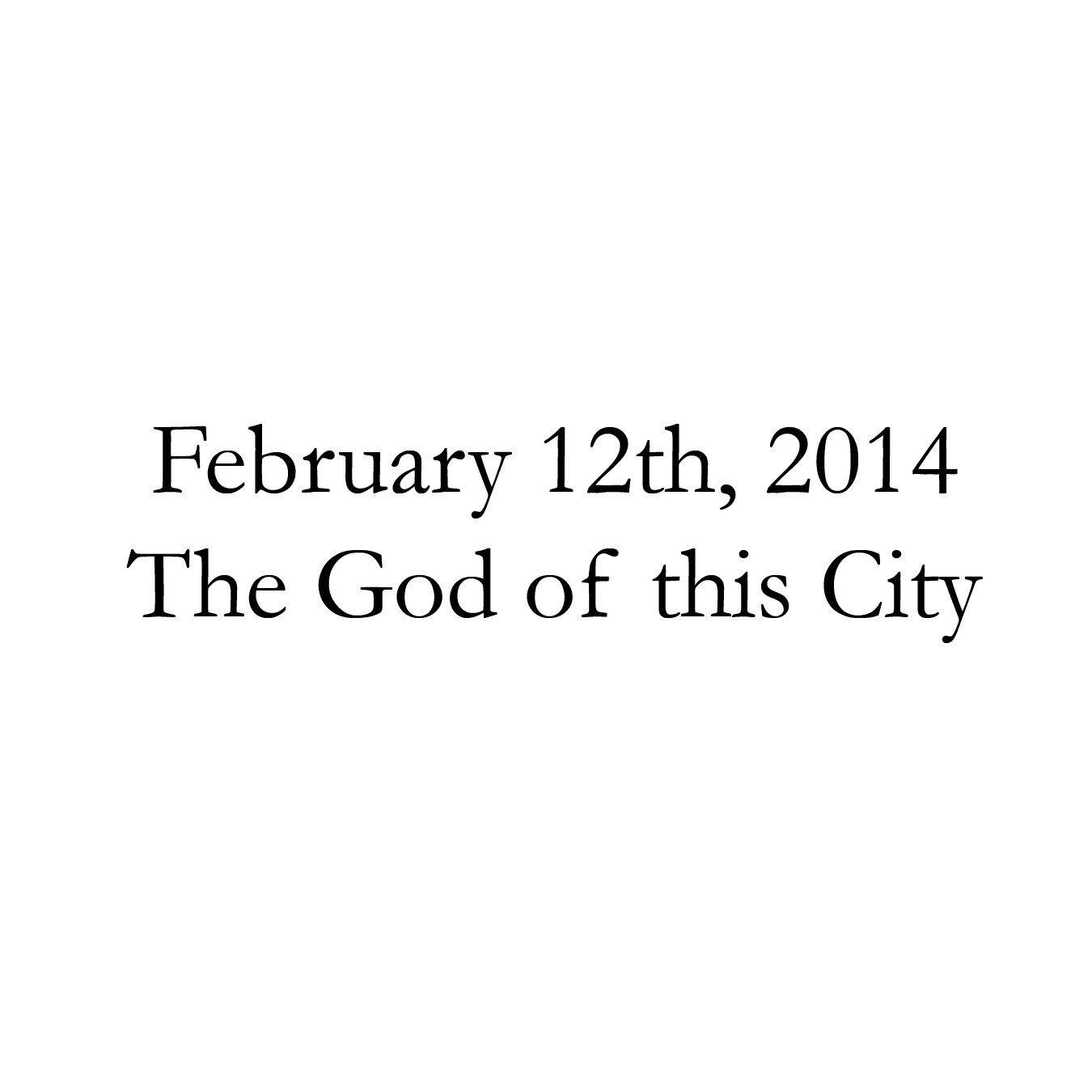 The God of this City

They do the god’s laundry. They do make the god breakfast, lunch, and dinner. They do anything the god wants. This god owns them.

People outside of this city, they are sometimes more cautious. They are slower, more discerning, more skeptical, and more hesitant. They don’t worship this god – yes, they may recognize him, and yes, they might pay respect, but this god does not own them.

But the people in this city will do anything for this god – they will stay up late, or wake up early. They will sleep in late and miss work if he wants them to. They’ll pay for a prostitute for this god if he asks them to do so. They’ll forget others and abandon people that they love for this god. They’ll leave their mother; they’ll curse at their father. They’ll forget about their sister, they’ll fight against their brother. They’ll abort their children, all of them, each one.

They’ll fill their bodies with drugs that make them feel good and forget about their worries – just for this god. If this god wants them to, they’ll spend all of their money on heroin or cocaine. They’ll strip themselves dry and overdose and become more and more addicted – all for this god.

They are dedicated. Even if this god doesn’t ask them to do anything with a loud declaration, they’ll still follow his gentle whisper. They’ll reject seeing an old friend because this god asks them to.

There are no missionaries for this god – and yet everyone has experienced him. There are no churches, because the temples for this god are everywhere. There is no escaping this god, because it is always tearing at you, always clawing and vying for your attention. Everyone has heard of this god, everyone has touched him, and he has touched everyone. This god can never go away – There are those who ignore him, yes, there are lots of those people, but he’s always there. There are those who deny him, and try to put him off, but they always tend to slowly drift back into this cycled of servitude.

This god is the self.

And the people in this city will do anything for it.