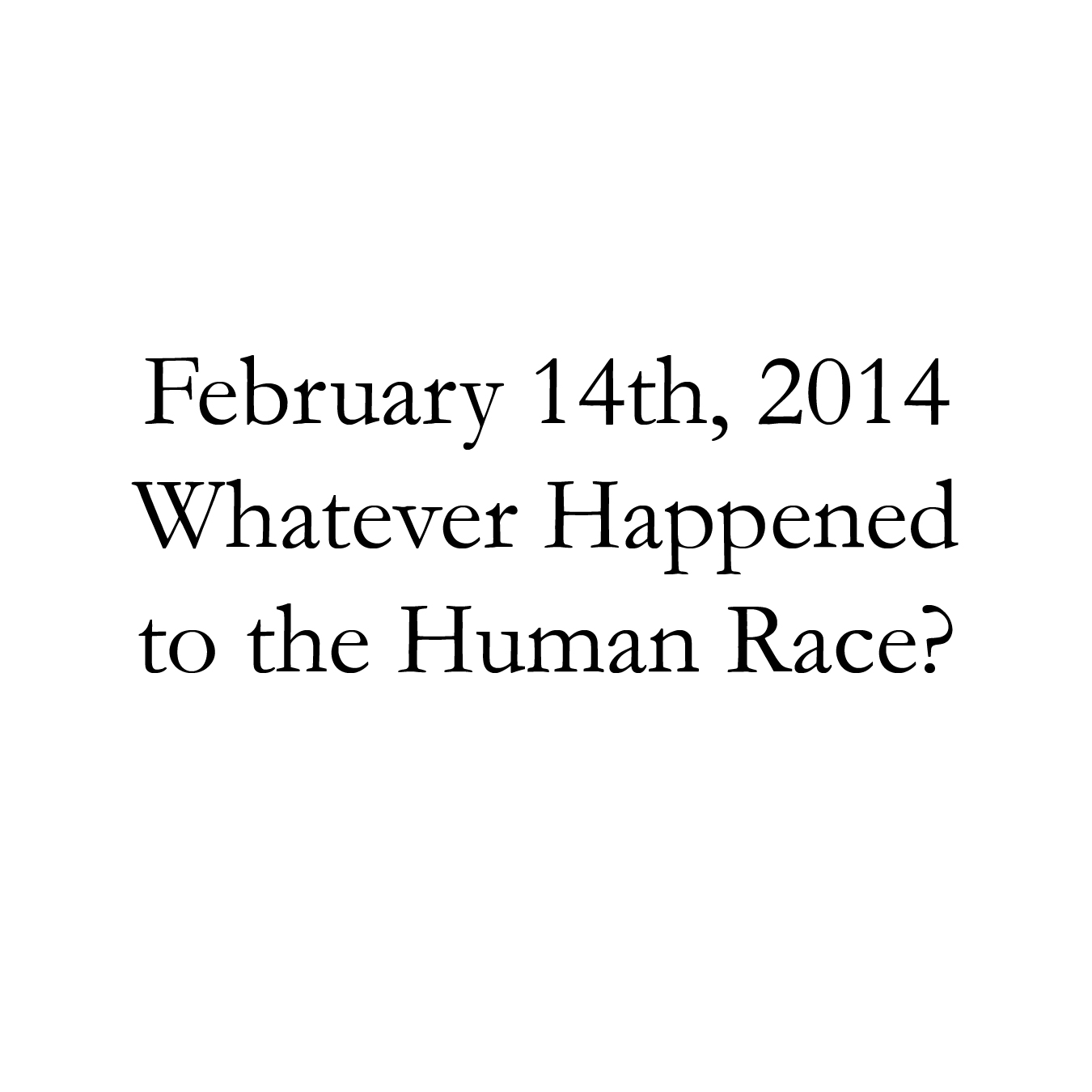 Whatever Happened to the Human Race?

When I was sixteen years old, my brother started to have a profound interest in philosophy – or at least the idea of philosophy. This bled over into my interests to some extent (looking back, it might have just been a competitive interest. I couldn’t let him know something more than me, right? I’m older, after all.) But when it came to philosophy, well, that was one subject that I was more okay with him knowing more about.

My brother found a book called ‘Whatever Happened to the Human Race?” by Francis Schaeffer, who had become somewhat of a household name in our family. The book supposedly covered the deepest flaw in human behavior, and revealed the single element that caused all pain, suffering, and evil in the world.

But there was only one thing keeping me from reading this book.

My brother started to pick up on my competitive nature regarding philosophical knowledge, and slowly became defensive. He would protect his collection of philosophy books like an addict protected their drugs – and at the pinnacle of his collection was Schaeffer’s ‘Whatever Happened to the Human Race?”

I did everything I could to get this book from him. It started with sneaking into his room one day and escaping back to my room, only to get through the first chapter (which was actually quite boring), only to be discovered and told by my parents to give it back, since it belonged to my brother, and he wanted to read it.

I tried other methods of trying to get this book – I waited until he was asleep and crept into his room, only to find that the book was missing – no doubt my brother had locked it away in some secret vault.

I begged my parents to make him let me read the book.

“When he’s done.” they comforted.

I wasn’t having any of that.

I went to the library to borrow it, only to find it was out of print and the nearest copy would take three weeks to be sent in.

My brother wasn’t a slow reader. But when it came to books that he had no desire to share, that was another story. Funny how that happens.

I reserved the book at the library, and waited with undying anticipation to find out the secrets to what plagued humanity.

Two and a half weeks later, by brother had finished the book, but still upheld the fact that he ‘wasn’t quite finished’. My anticipation had slowly deteriorated, yet my curiosity was still as strong as ever. One evening, my brother and I sat down for dinner, waiting for my mother to bring the food to the table and for my dad to arrive. Our diplomatic relationship had grown somewhat more relaxed regarding our interests in philosophy, so we chatted about some of the lesser books that I’d been reading to fill the time until ‘Whatever Happened to the Human Race?” became available.

Finally, after a pause in the conversation, I looked at my brother with a mild exaggerative expression and asked:

“So, what did happen to the human race?”

My brother matched my exaggerative expression. I fully expected to dive into a deep conversation, spanning hours and hours across the dinner and through dessert, going late into the night. My family would grow tired of us talking about philosophy, and try to change the subject over dinner, but we would continue. This conversation would be the beginning, I was sure of it: We would both become scholars regarding the human race and the problem of pain, suffering, and evil, and would eventually end up writing books on the subject.

My brother turned to me, and with wide eyes said:

I looked at him and blinked. I waited for him to continue. And then realized, he wasn’t going to continue.

My mother brought dinner to the table and my dad got back from work.

I didn’t know what I was expecting. But I couldn’t think of any other answer my brother could have given that would have made any more sense.