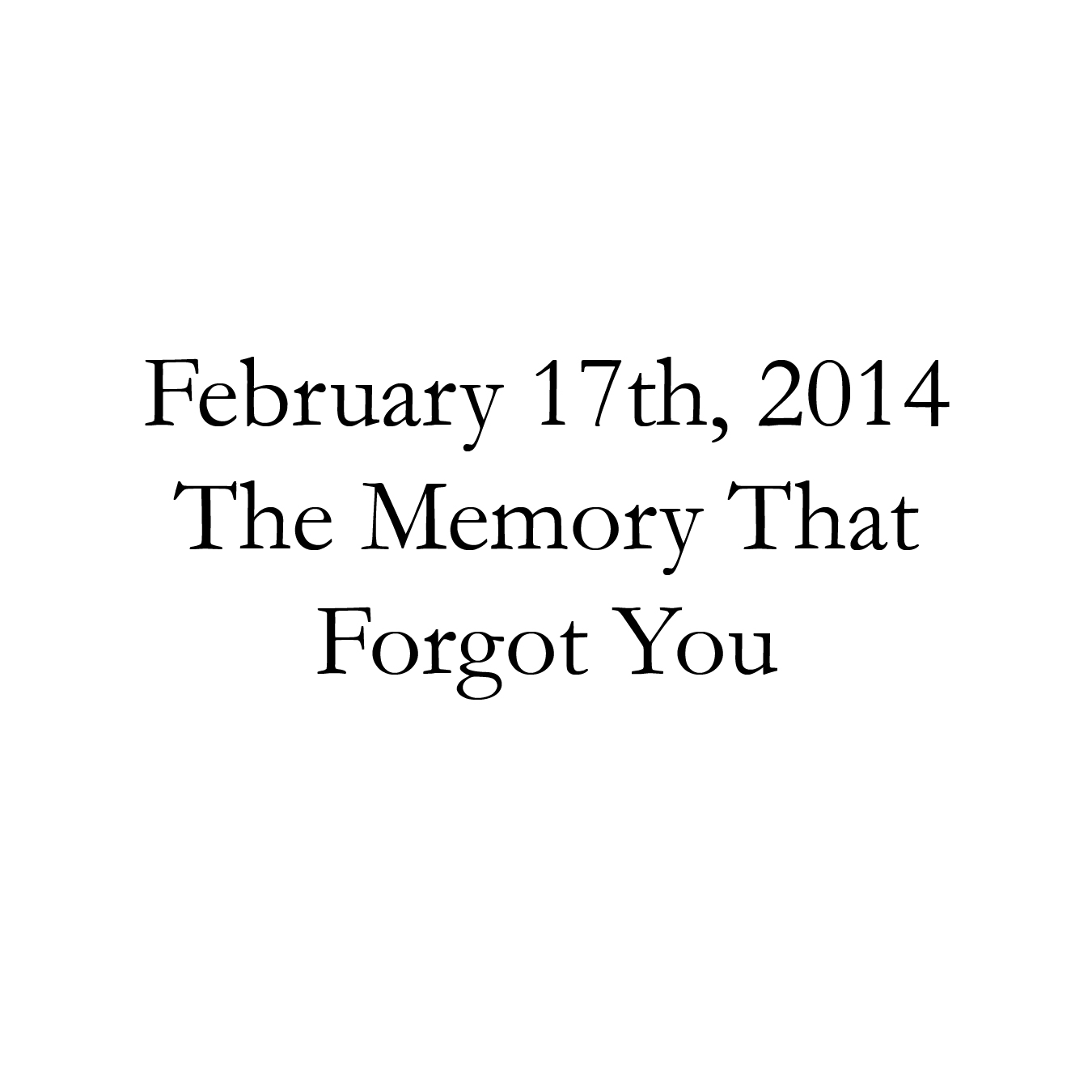 The Memory That Forgot You

She ran up the hill, breathing hard, sweating. The sun barely peaked over the horizon, spilling golden light onto the fields of wheat. It was still cold from the long night, but she could feel the warmth of the sun begin to seep into the air.

She stepped through the dew-laced grass, cold against her bare feet. The chirping of the crickets slowed as the sunlight trickled through the sky across the clouds. Her breathing relaxed and she continued walking.

A large oak tree swayed gently ahead of her, it’s limbs outstretched over the open fields, as if it was somehow trying to protect the nakedness of the land. She stepped under the tree and touched the rough bark.

She looked up. She could see the clouds slowly roll back. The sun radiantly set in the east, and it became cold again, but only for an instant. The sun circled back around, the clouds began to fly, the grass ungrew and shot back into the ground, only to be replenished by the renewed grass that had died the season before.

She felt the bark on the tree churn and spawn and renew underneath her fingertips.

She watched as birds flew backward, landing on the limbs of the tree, unmaking their nests by taking the twigs and pine needles and placing them back where they found them. The young birds crawled back into their eggs, and the shells reformed.

She watched as a couple appeared, walking backwards out of the distance, returning to the shade underneath the tree on a hot afternoon. She watched as they held each other’s hands, gliding through the wheat.

They seemed familiar, yet distant, like a memory that she’d forgotten she’d made.

She watched as they reclined under the tree. She hesitated, cautious, afraid that they would see her, but they didn’t. They held each other in a tight embrace, nestled in the matted grass. Slowly, they peeled the clothes off of each other and made love as the sun once again set in the East. She watched in silence as they embraced.

She watched as their clothes quickly appeared on their backs once again. They both stood, the grass underneath the tree becoming unrustled and taut. They ran away from the tree, laughing as they clapped their hands and released firebugs to the night sky.

She watched as they ran, backwards into the darkness.

She remembered that day. What the grass felt like. How the warmth of the sun rising had felt on her skin. How his worn hands had touched her cheek as she closed her eyes.

She opened her eyes.

The memories felt so real, yet so distant. And although it felt like she had forgotten them, it was they who had forgotten her. Now that he was gone, no longer would he think of her, or try to touch her, or talk to her. But every time she came back to the shade below this tree, she would see him again, with her, the way it was supposed to be.