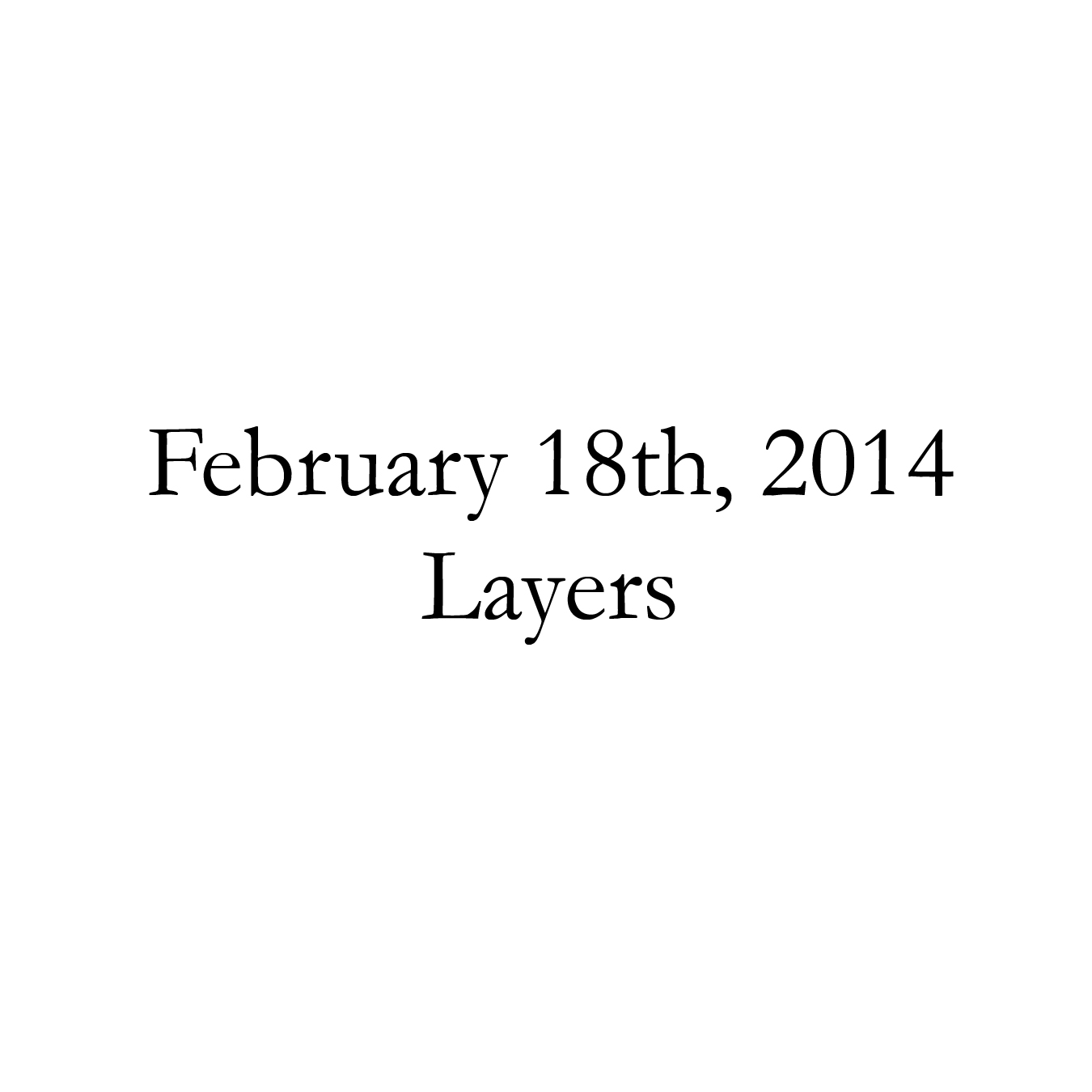 My dad and I do this thing when we talk – I’m not sure why we do it or how it happened, what it means, or whether we even realize that we do it, but it happens. My father is the best father I could have asked for, and I’d like to think that I try to be the best son he could have asked for as well. Aside from listening to some hardcore music when I was 16 and maybe forgetting to do some chores, I was generally a good kid growing up.

When my dad and I talk on the phone, it sometimes takes a little while for us to warm up. I imagine that this is normal – technology creates barriers between people. It happens. But when my dad and I start to talk, I feel at first like he’s more of a relative than my dad. We greet each other and ask each other “How’s it going?” at the same time, our voices awkwardly bumbling over each other, trying to occupy the same space at the same time. But slowly and gently, the barriers of technology are ignored and the relation changes from relative to family, and the distance closes.

But each of these things is a layer – Like a layer of paint on a guard rail or a hand rail. Each layer has been built up, one upon another, and if there’s a chip or a scratch or a scrape, the next layer just covers it over and we keep on talking. We talk about theatrical plays or movie theaters, we talk about Panther’s games or Super Bowls, we talk about travel plans or distant relatives – the ones that we inevitably feel like and the ones we try so hard not to be.

When each layer builds upon the last, covering it up, adding a fraction of an inch to each guard rail, we begin to realize that there isn’t much more we can add. Sometimes my phone battery starts to beep, or Mike calls me, and I imagine the next piece of graphic design that needs to be taken care of for my friend’s startup. If you took each layer, you would say that it really adds to nothing – It’s so thin and so frail that if it were a layer of paint you would never feel the difference. Any yet, when each layer builds upon the next, and the next, and the next, and the next, it adds up. And when we talk about groceries, or the weather, or the Panther’s, or the subways, it feels like it doesn’t hold any significance. And yet, when the conversation is done, it has built something. And yet, when my phone battery starts to beep, there isn’t anything else I can add.

We build up these layers, and there’s nowhere else to go. The only thing left to do would be to say ‘I love you, stay safe, I’ll talk to you soon,’ and hang up, stripping everything away and bringing this guard rail, or this support rail, back down to how it was meant to be seen. We start to say goodbye. We start to say ‘have a good week’ and ‘I’ll talk to you later’. As if a count down clock has started and the time slowly ticks down until the phone cuts out, we fill our last seconds through this telephonic connection with our final greetings, until the last second- that instant before my dad hangs up, and I say “I love you”, and all of the layers are stripped away. Because that’s what’s really there. That’s what’s underneath all of these layers. Just “I love you”.

I’d like to think it counts. As I lower the phone, I whisper to myself, ‘I’m an idiot”.

Until my dad and I can both strip these layers down without having to slip them into the phone lines before the count down ends, the layers is all we’ll have. But slowly, every time we talk, I’d like to think there is one less layer, and we’re one layer closer to what really matters.