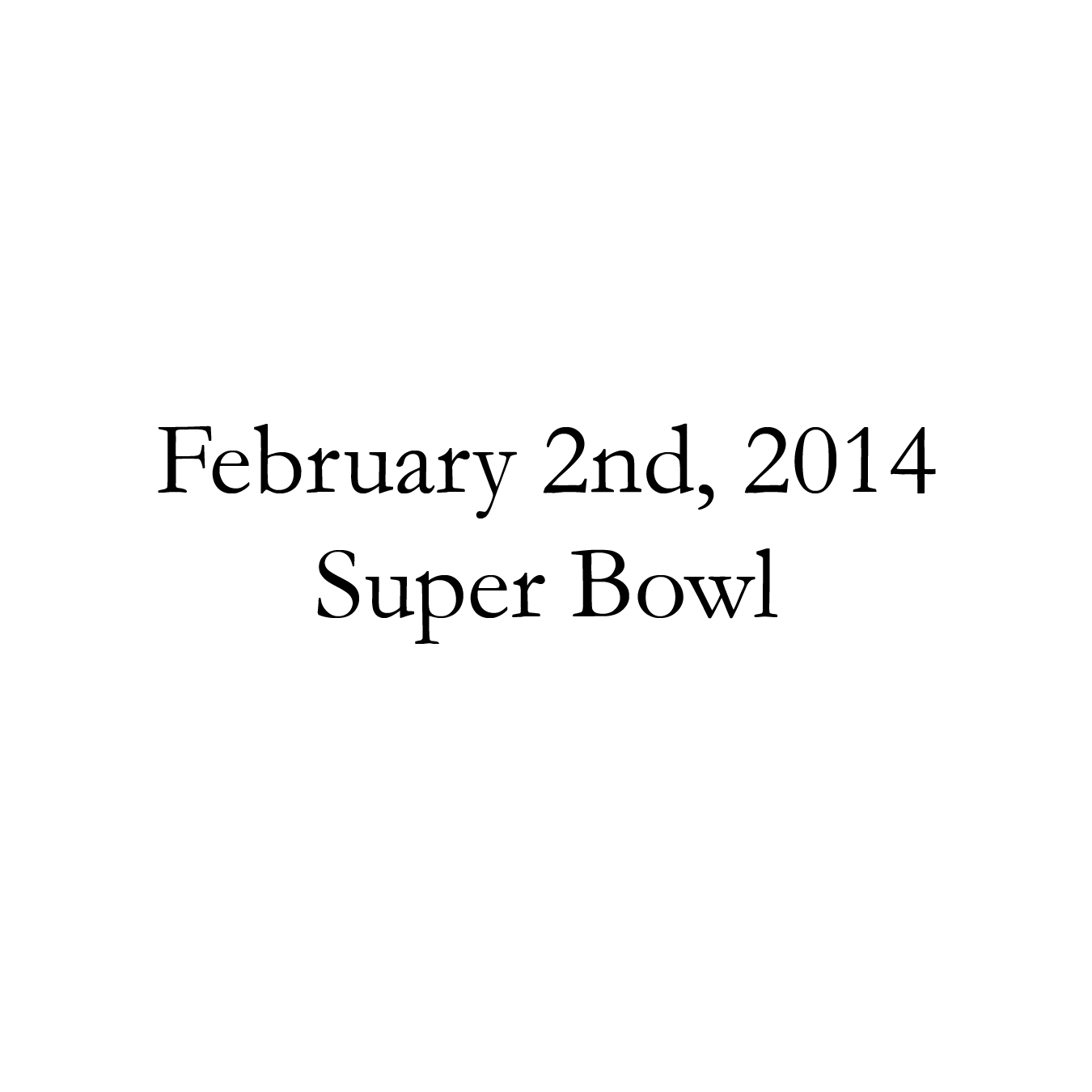 My chance was gone before it really appeared, like Peyton Manning at the MetLife Stadium. Before he even got a chance to throw a pass or make a completion, he saw where it was going. But let me back up just a little bit.

I’d met this girl a week before at a bar. I met and talked with a couple of girls that night, but there was something different about her. Her eyes were sharp and everyone in the room felt her presence. We grew up in similar families, and we were both from Seattle. She went to Harvard, and ran marathons. She was the kind of person that seemed like she would make you a better person by getting to know her. And that was what I wanted to do.

The next time I knew I would see her was at Mike’s Super Bowl party. I felt like we at least had something to connect over during the game, since we were both from Seattle.

But, like Peyton Manning at the freaking MetLife Stadium on the opening play, it was over before I even had a chance.

She arrived at the party five minutes into the game with some other guy. I’d met him briefly at the bar the week before, but hadn’t seen any sign that they were ‘together’ or dating or even had affection for each other. Not that I’m a stalker, but her Facebook didn’t have any signs of being in a relationship, and nothing she said sounded like she was. I suppose I’d made an assumption (and we all know what assumptions make). Nevertheless, she walked into the party beside Trey, an Anakin-Skywalker baby-faced frat boy who worked at a financial services company, probably analyzing numbers all day. Like Peyton Manning, I’d already missed the snap and the ball rolled into my own end zone for a safety. Before I even had a chance.

In the kitchen I found Tom and Trey talking about work life, and jobs, and other insanely fascinating small talk. I eavesdropped as I poured my drink and considered whether or not I’d rather watch the halftime show.

“Yeah, we were supposed to throw Mallory that party, but she-“

“Did she accept that job yet?”

Trey scrolled through his iPhone 5C as he looked up at Tom. He would have that kind of cheap plastic iPhone. No judgment, of course. I don’t even have an iPhone.

“I don’t know, but it seemed like a pretty good job-“

“What is she doing? If someone offers you a six-figure job, it doesn’t matter what it is, you just take it. You’ll have time to do what you want later in life, make the money while you can!”

“I know, dude! Buy a house and support the rest of us.”

I guessed that the halftime show would be fractionally more edifying than the small talk in the kitchen, and headed back to the living room. Tom and Trey joined as the second half started. Trey sat next to her, and put his arm around her. She rested her head on his shoulder.

You know what they say about making assumptions?

The hope that I’d had all week about getting to know her, learning about her, forming a relationship, never even existed. I’d only made a fool of myself.

My chance was gone before it ever appeared.