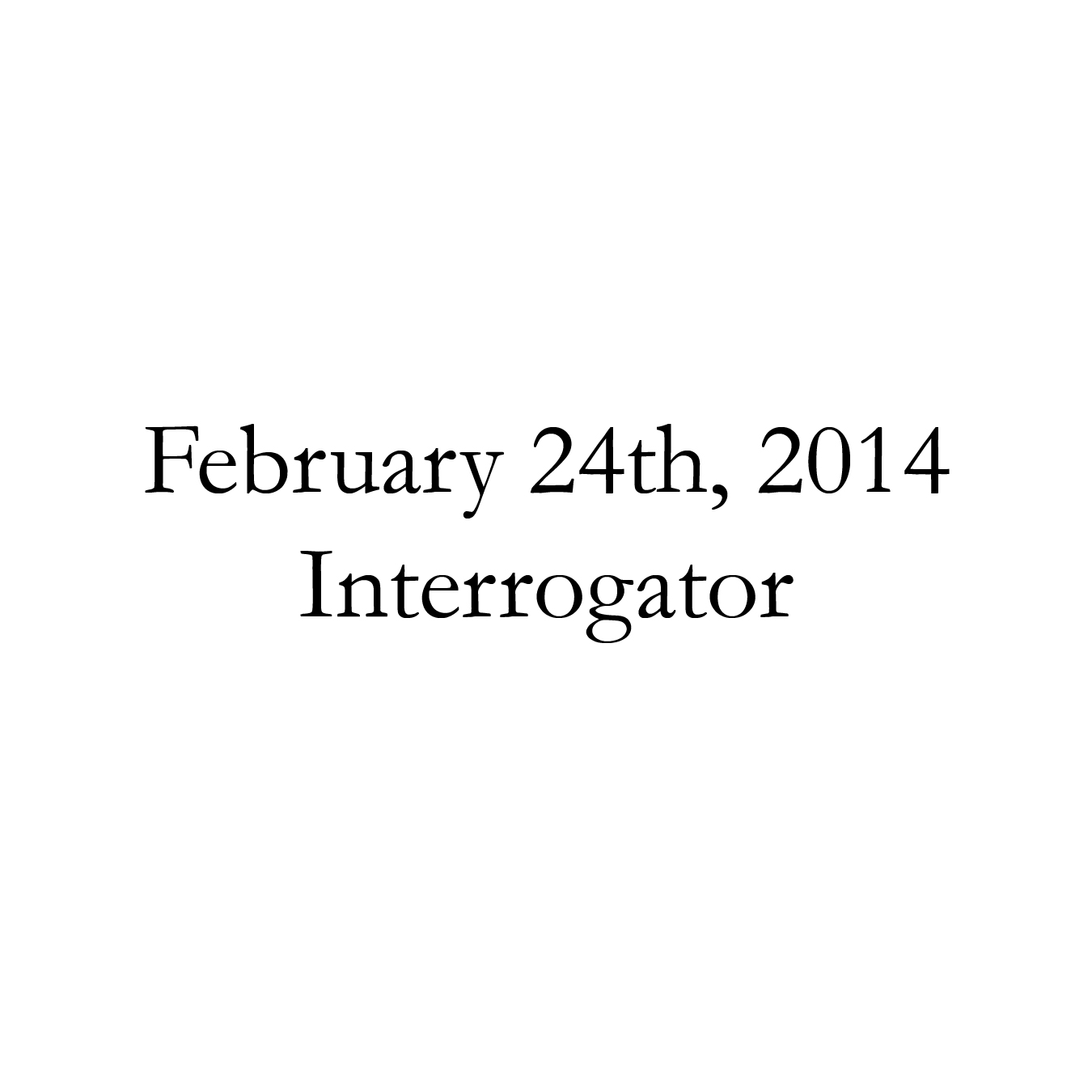 A shot glass of vegetable juice and Russian vodka.

Noel downed the glass and coughed.

He’d never get used to drinking that bilge, even though he’d been doing it for years. His mom forced him to drink vegetable juice ever since his thirteenth birthday (She said it would give him a deep voice). He started adding the vodka a year later.

He’d made it a ritual – a routine before any interrogation. He felt incomplete and unprepared for work if he didn’t take a shot before he entered the interrogation room.

This morning was different, though.

Noel snapped to attention, and looked up to see his supervisor poking his head into his office.

“We need you down at the interrogation room, we’ve got a situation.”

He bolted out of his office and reached the room. Sanders was already there, watching the subject through the one-way mirror.

Sanders kept his gaze on the subject: A pristinely dressed man, salt and pepper hair that was cut and trimmed with celebrity-like precision.

“He asked for you by name.”

Noel looked the man over.

“He asked for you by name. He said he wanted to talk to you.”

“He’s involved in the Hampton bombing last month. We found emails that connected him with the bomber. He’s some kind of accomplice.”

Noel stepped in. He sat down.

It was at this time he realized he’d forgotten his vegetable juice and vodka.

“How was your morning?” The subject asked him. “You look like you forgot something.”

“Good.” The subject smiled. “Then how can I help you?”

Noel hesitated for a moment too long.

“You did forget something important, didn’t you?”

“No, I just need to ask you a couple of questions, and we’ll be-“

“There’s something that you do every time you step into this room, isn’t there?”

“Stop talking, or I’m throwing you into a cell again and you won’t-“

“Did you hear what I said?” Noel stood and yelled.

But the subject stayed perfectly calm.

“I bet your mom started you on it. She used to force you to do it. Or maybe it was your dad-“

Noel grabbed the subject’s neck and shook him.

“It’s the kind of thing that you can’t stand, even though you’ve been doing it for years, isn’t it?”

The subject squirmed as Noel choked him. Finally, Noel threw the subject to the floor and stormed out of the room.

Sanders followed Noel for a couple of steps, but gave up when Noel had no answer.

Noel dashed down the hallway to his office in a furious fit of anger. His breathing shortened to violent gasps.

Noel plunged into his office chair, letting his breathing slow to a normal rate. He ran his hands down his face as if he could wipe the stress away. He loosened his tie. He paced in his office, back and forth. Finally, he sat down.

He poured himself some vegetable juice.

He added some vodka.

And he braced himself as he poured it down his throat.

No matter how bad it felt every single time, and no matter how long he’d been doing it, he couldn’t go without it, even for a day.