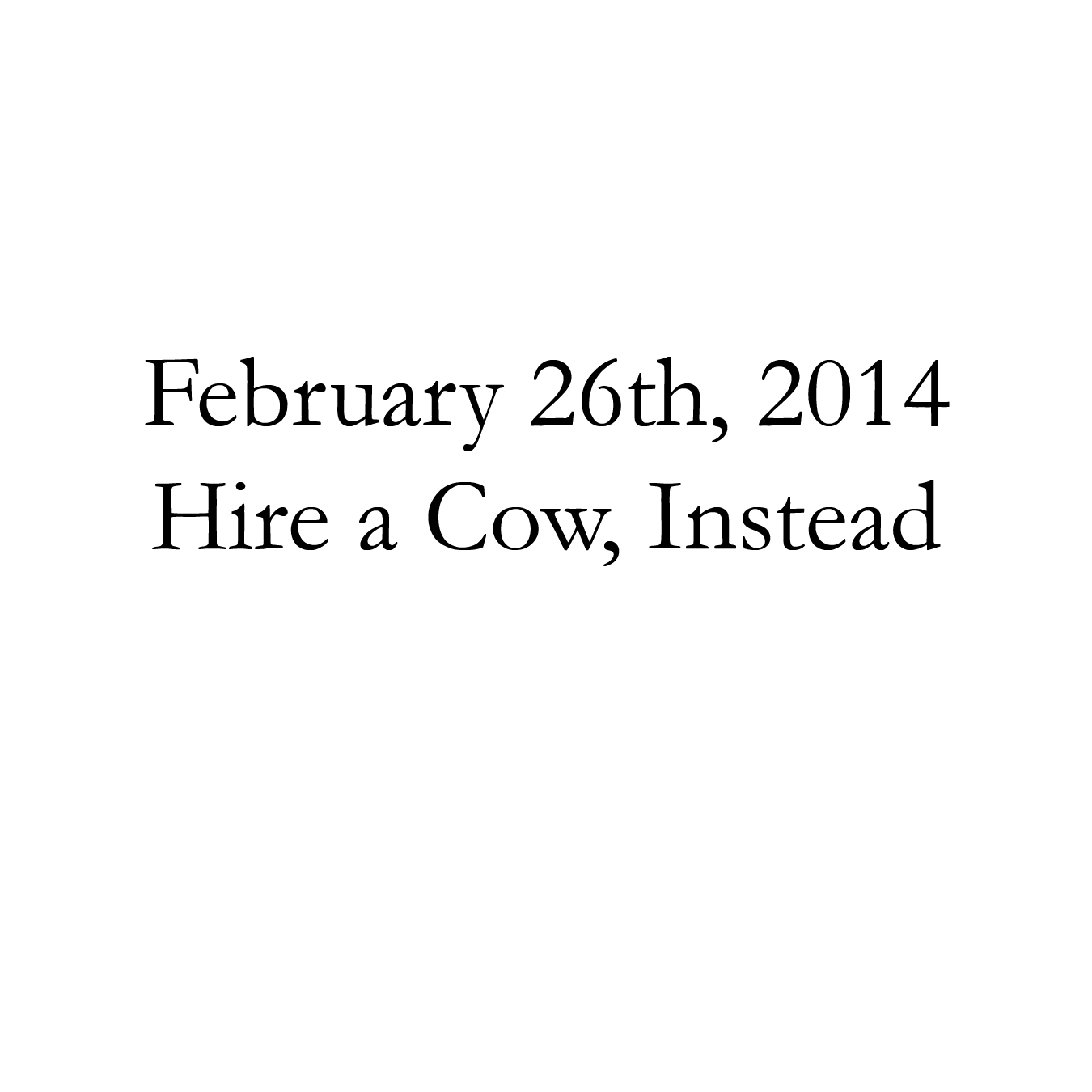 Hire a Cow, Instead

I walked into the open office space and there he was. It wasn’t even ten o’clock, and he was already set up and ready to go. That’s an intern for you. It’s like he wanted a job here or something.

Well, I could’ve told you right then: He wasn’t getting one. I sat my stuff down and said good morning. He greeted me enthusiastically.

I get it, you’re an intern and you want a job. Chill out.

He was at his desk, but I could tell from the windows he had open on his computer that he hadn’t even thought about getting any real work done yet. After three trips to the kitchen, he finally opened the drive and started to look over QA testing. In between munching on a second breakfast.

He got up again, went to the kitchen, and returned with a second glass of milk.

Good lord, who drinks two glasses of milk for breakfast?

As if the fact that he was on his second glass of milk wasn’t enough, his manner of drinking was equally gluttonous. He didn’t sip. He chugged. The whole damn glass at once.

Another reason why we would not be hiring James: We would undoubtedly spend so much on buying milk for the kitchen that his employment wouldn’t even be profitable. This internship was bad enough.

Never in my life had I seen someone so unsure of what they were doing. All I asked him to do was run social media. Not even that. Just tweet every hour or so. Post something to the facebook page. Blog something on Tumblr. Easy, right? It was like I’d asked him to do rocket science. And his tweets sounded like they were written by either a cave man or a robot (I’m not sure which one, sometimes both).

There was no way he was getting a job here.

Marie and I took a break for a power lunch at one, and he was still slaving away at crafting the perfect tweet. When we got back, he hadn’t even taken a break for lunch yet. At three o clock, he finally got up, went to the kitchen for another glass of milk and a handful of crackers from the pantry.

At four o’clock, he disappeared for about twenty minutes. I’m still not sure if it was a phone call or if he was in the bathroom. Or if he was just chugging another couple glasses of milk.

Dana and I left the office at about the same time, and happened to be heading the same direction. She asked me what I thought of James.

Do you want me to be honest with you?