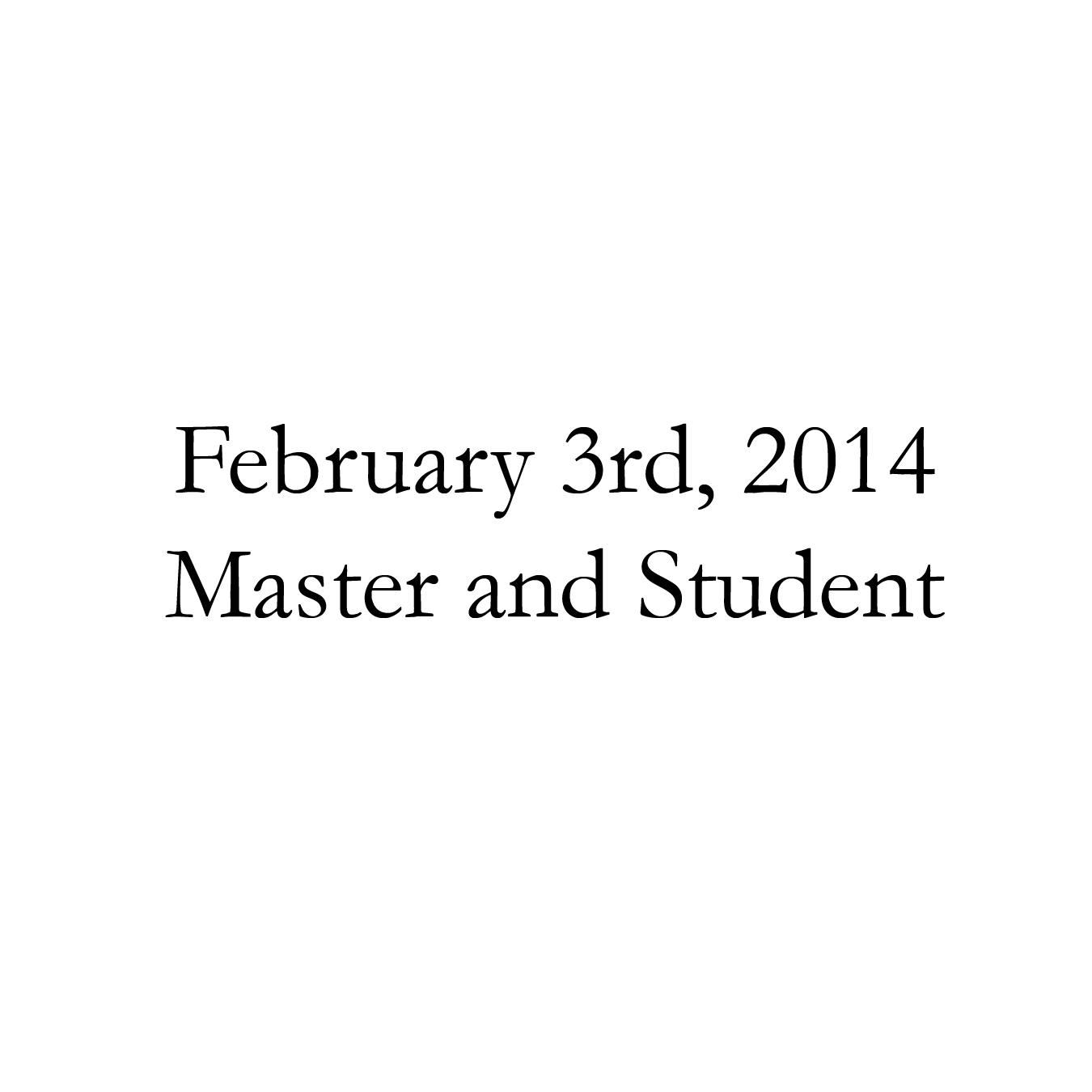 I trained him. Everything he knew was because I taught him. When we first met, he was a ball of uncontrolled, raw energy: Undisciplined, untrained. He would have been a complete waste of talent and potential. That’s why I found him, and that’s why I trained him. I took him under my wing.

I did owe a lot to him. I don’t know where I’d be if he hadn’t taken me in and trained me. But it was too far now. It needed to be over. I needed my freedom. I needed my own path. And if he wasn’t going to let me go, then I’d have to do something.

He was being completely ungrateful. He owed everything to me. And what did he expect? That I would just let him go and waste his talent on something unwarranted?

He was a master above masters. He was probably the most skilled sculptor on the continent. But when I told him that I wanted to explore the idea of setting up my own studio, he went mad.
I think he was jealous.

People accuse me of having a violent or brutal teaching style. I don’t waste my time arguing with those people. My response is my students. If you look at every single one that actually made it through my teaching, you’ll see. I’m the best there is. I craft each one of them with more care and perfection than any piece of sculpture that I’ve ever created. I’ve shaped each one of them more intricately than any piece of clay that I’ve molded or metal that I’ve bent. When an artist creates a piece, should he abandon it? Should he let it run away and disown it’s own creator?

Sometimes he would rant about how we were a result of his hands. We were like sculptures to him.
Before he chose me as one of his nine students, I had a meeting with another instructor to see if I would be a good fit for his studio. It was technically an interview, but he never treated me like I was being tested. His demeanor and attitude was that of an old friend or a grandfather. He welcomed me in and served me green tea (which wasn’t very good, but I drank it anyway).
This man wasn’t as good a craftsman. But there was one thing that he said to me that I would never forget.

Who did he think he was? It was like he’d forgotten my work. Like he blotted it out of his mind like an ignorant snotty high school kid in AP art history. My pieces were in the premier galleries in London, New York, Los Angeles, Tokyo. What did he think he could gain by going off on his own?

He led me into his studio to show me one of his best pieces. It was brilliant. The sunlight from the large windows in the studio shone on the glossy finish. The form was so real, so raw and scathing that it seemed like it yearned for life. He’d been offered large amounts of money for the sculpture, but refused all of them.

I’d been offered money that he could only dream of. All he had to do was watch me, follow me, stay beside me, behind me, and he would have what I had.

As we walked into the studio, he asked me what I thought. I marveled at it – what else was I to do? We circled the piece. I asked him what he thought of it and how he viewed his past work.

I knew he was going to be the best. In the interview, we talked for hours. He was afraid, I could tell, but I saw his energy. And I saw his curiosity. I knew that would be his downfall.

He smiled. Suddenly, he leapt forward and threw the sculpture off of it’s pedestal and let it crash to the floor.

“What! What are you doing?”

“You… why?” I asked. “You could have sold that for millions of dollars!”

“But that piece… it was one of your best ones!”

Yes, his curiosity. His abundant curiosity. I tried to shape it like I shaped the clay that I worked with every day, but he was proving to be too much.

I was shell-shocked.
Two weeks later, I was chosen for a full scholarship at the other studio.

Four years after he started, his curiosity burned fiercer than ever.

I felt like that piece – So alive and raw and visceral, yearning to break out.

He was the best student I’d ever taught.

I was his best piece.

The one he couldn’t let go.