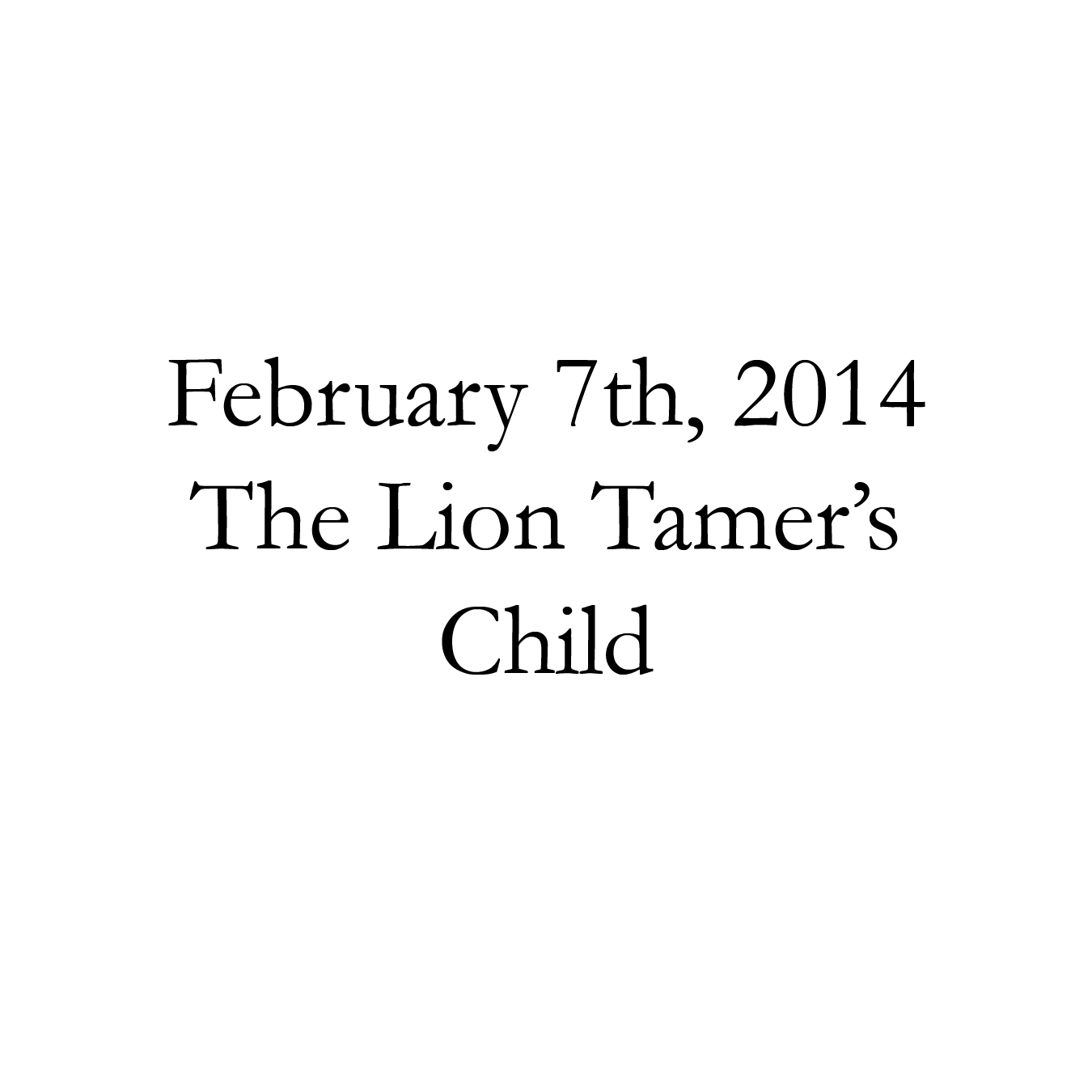 People always talk or joke about running off to join a circus. They see the circus like a symbol of freedom – A place where jokes and laughter and play fill your day like the sun fills the sky. All you have to do is be able to make someone laugh, and you’ll be guaranteed enough pay to put food on the table and clothes on your back.

But I never saw it that way. I was born into it – The circus was always my life. My mother was a trapeze artist, and my father was a lion tamer (although he tamed more than lions, evidently). When my mother got pregnant with me, she became the world’s first pregnant trapeze artist. Although that only lasted for a couple of weeks.

I was born somewhere in the Oklahoma in the middle of a rainy night on a Midwest tour. Though my father could tame lions, he didn’t feel comfortable helping to deliver a baby, so the lead clown and his wife were first ones to hold me and bring me into this world- full of jokes and laughter and play.

Growing up in a circus made me view things in an upside-down way – The clowns said it was because my mother was a trapeze artist. But I don’t think that was it. I think it was because I grew up around everything that was supposed to make children like me laugh.

When I was seven years old, I would watch the entire circus practice for the show that they put on in the evening. And every evening, I would look in a mirror of cultural expectation and watch other seven year olds just like me fill with gleeful laughter at my parents and my community: The clowns, the animal trainers, the lion tamers, the jugglers, the goons, the acrobats and the ringleaders, the human cannonballs, the one-armed man and the bearded lady.

You would expect that a child who grew up around clowns and jugglers and an elephant would be a part of that culture – They would laugh and play and smile just like the clowns would. Yet, so often, not just in the circus, our lives are just masks, covering what they don’t want to see underneath.

I didn’t learn to laugh until I was four years old.

And even then, it wasn’t because of something funny. It wasn’t an animal doing tricks, it wasn’t a bumbling clown.

I laughed because my mother died.

People laugh when something isn’t right – when something doesn’t go the way it was expected to go or when something shatters their expectations –Other children laugh because they aren’t used to seeing elephants dance, or people painted like funny goons. Or because they don’t know how to respond to a grown man dressed and acting like a goofy child.

My mother’s balance was never the same as it was before she had me. She’d never once fallen before she was pregnant, but after I was born, she fell twice. Once wasn’t from a very high distance – she sprained an ankle. The second time, she realized it was more serious. She broke her arm.

The third time, she didn’t survive. When I found out, I cried. And I laughed. I didn’t know how to respond.

I left the circus when I was seventeen – the same age my mother was when she’d conceived me. I didn’t tell my father until the night that I left. I had everything packed (by everything, I mean my two shirts, my pants, three pairs of underwear, a bar of soap, and a couple of dollars that I’d earned on my own).

“It was a night like this that she had you-“

“I know, dad. You’ve told me the story a hundred-“

There was an awkward pause. I didn’t think I was going to get out this easy.

“When you finally started gettin’ born I decided I’d rather stick my head into a lion’s mouth than stay around. Child birthin’ is not-”

I wasn’t sure what he was asking. I waited for him to clarify.

I didn’t know how to answer.

I guess I’m figuring it out.

But between my father’s audacity, and my mother’s balance, I should be able to find something that gives me real joy.

I just haven’t found it yet.