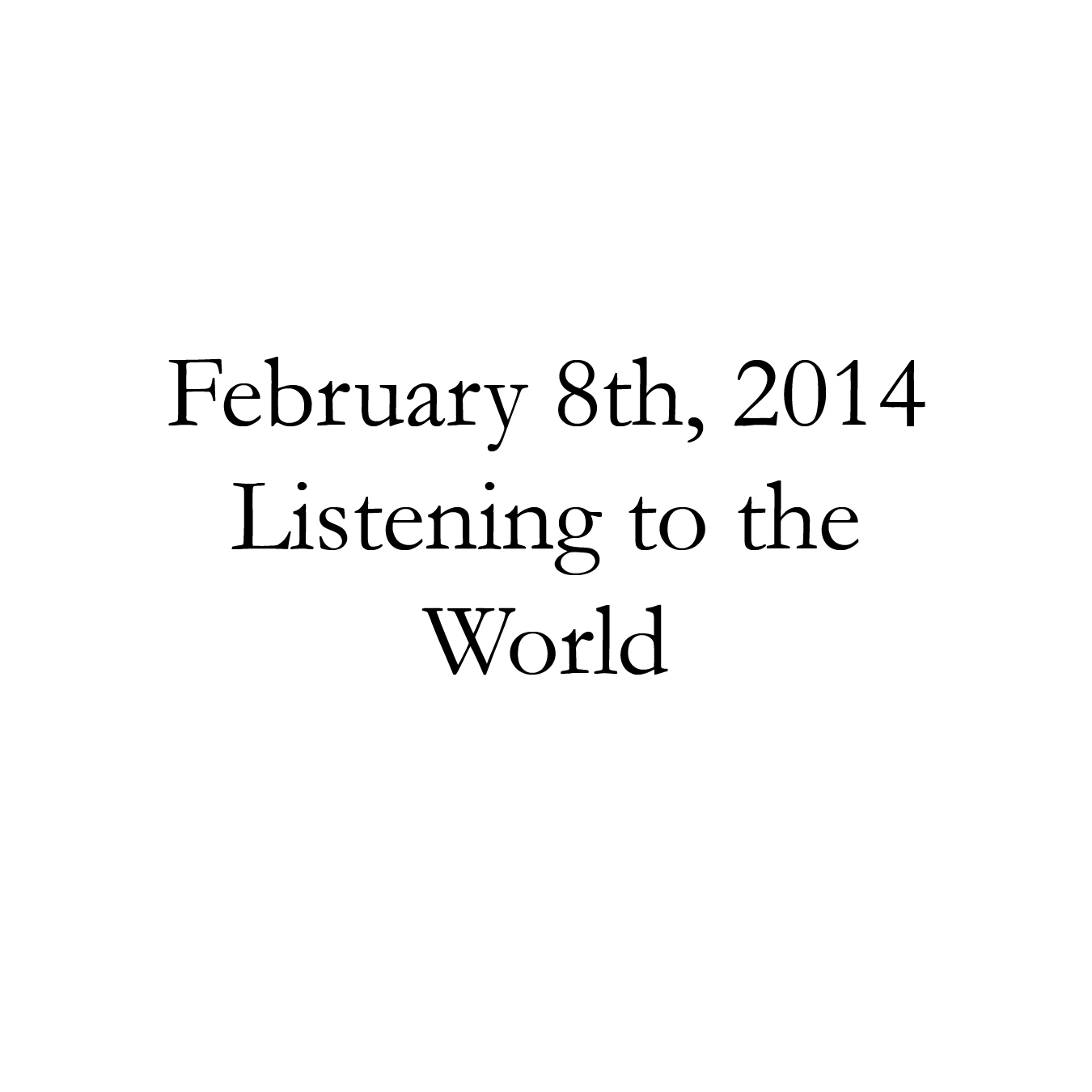 Listening to the World

I opened my drawer and pulled out my .357 Magnum. I eyed it, loaded it, and put it into my coat. I walked into my living room, circled into the kitchen, grabbed my keys, and started my car. I allowed it to heat up for eight minutes and thirty seconds before I shifted into drive and backed out of my driveway.

I dialed up the song and listened to the first two tracks. The third track appeared, but the title on the screen was different – Where it should have read ‘Skeletons’, instead, it read:

‘Think about what you’re doing, James.’

I found this very disorienting, and promptly switched the song. I must have added a song that was incorrectly titled.

I looked up, trying to clear my mind from the malfunctioning Apple product. I passed a billboard for McDonalds. A McDonald’s billboard that said: “I’m lovin’ it, but you should turn your car around and go home.”

I did a double take as my car raced past the billboard. What the hell? What was going on? I blinked several times.

Was I seeing things?

I got off at the next exit, circled back around, and past the billboard again. This time, the billboard simply read: “I’m lovin’ it”.

I drove past the billboard and the exit and sighed. I’d delayed my trip by approximately three minutes and forty-five seconds.

I turned off Dale Earnheart Jr. Jr. and turned on the radio. I usually only listen to Mike’s Morning show, but I needed something else to clear my mind.

“…Local politicians debate a bill regarding school policy in county elementary schools. We would also like to take a moment to tell James Watson to think very carefully about what he is doing, and consider turning his car around and putting his gun back into this bottom drawer-“

I slammed the radio off.

What the hell was happening?

I stopped at a gas station to fill up, grab a cup of black coffee, and a 16 oz. package of almonds (mainly for the protein and monounsaturated fat content). As I paid, the cashier asked me:

“Alright, your total is 4.36. Also, I recommend turning around and not shooting Bill Bladson this afternoon, Mr. Watson.”

“What the hell?” I ran out of the store, leaving my coffee and 16 oz. package of almonds.
I got back into my car and drove off.

As I left, every advertisement turned to me and spoke. The face of the models on the Harris Teeter Grocery truck turned to me and motioned for me to stop. The billboard for Elon University came alive and the students shook their heads as I passed.

I ignored them all.

I drove into the neighborhood and parked my car. I stepped out. A man walking his dog across the street yelled out to me.

In forty-nine minutes, a total of three people, twenty-one billboards, and thirty-four advertisements had warned me and told me to turn around.

I broke into Bill Bladson’s home through the back window, and shot him.

The entire world told me not to. But I did anyway.

As I drove forty-three minutes back to my house, every advertisement, every photograph, decal, and person that I passed shook their head and told me that I shouldn’t have.

Ever since then, there has not been a day that has passed without something telling me I shouldn’t have.

But I’ve never regretted it. Just because everything in the world tells you not to do something doesn’t mean you should listen.

In fact, most of the time, you shouldn’t.