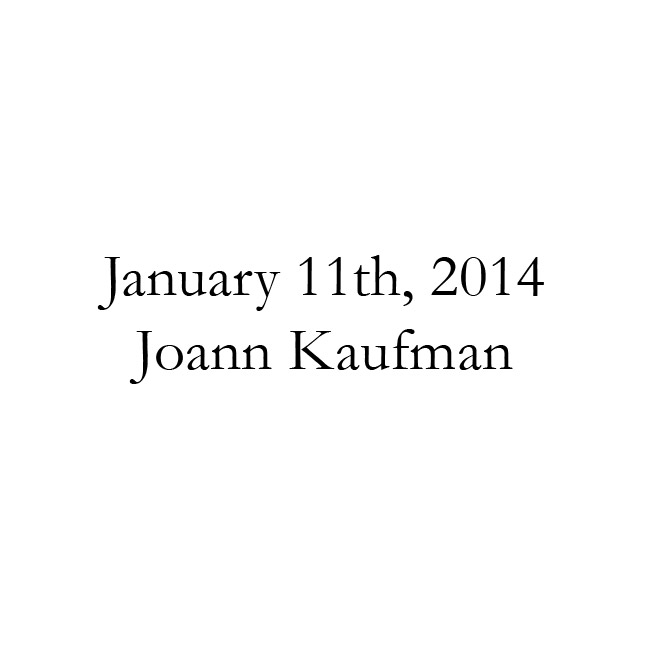 I was shocked. There I was, in a group with my friends, sitting together in our studio talking about our plans for next weekend and grabbing pizza next week, and somebody mentioned this:

This professor was… not the most loving professor in the school. She was not the best, and nobody I know actually could honestly say that they loved her class. But over the period of the last semester, through all the insanity of underestimated extracurricular projects, we had gotten to know her. And I think in a way, we had gotten to know her better than the professors in any one of our other classes. She was different.

Yes, she was very different. We learned that on day one.

“Okay,” She would drone in the most uninterested tone of voice I’d ever heard: “I don’t know why you all wanted to take this class, but since you’re here, I guess that means you probably have to.” We all looked at each other in fear.

What the hell had we gotten into?

She was a short, thin lady. Her face was thin and seemed only to be comfortable when it looked like she was uncomfortable. She kept a tight, stern expression of dissatisfaction – And yet, every once in a while, about once a week, she would break the mask of grumpiness and dissatisfaction with the world and a wicked laughter would flow from her undoubtedly stone cold heart. At these moments, she was usually laughing at something that a poor, uncomfortable student had said, which would then usually cause everyone else to join in the laughter – Not at the student, but at her unanticipated glee.

As you would expect in this arrangement, not many students wanted to say anything in class. But she had it in her mind that this class was going to be discussion based, which caused us minutes of awkward silence each and every class period – Awkward silence that felt like pulling teeth.

For some reason, during the first day of class, I decided that enduring the probability of Professor Kaufman extracting gleeful mirth from me was better than enduring the awkward silence of pulling teeth, and I spoke up. And somehow, I got lucky. It worked.

Although I became something of a teacher’s pet over the course of the semester, Professor Kaufman’s memorable quotations of dissatisfaction, frustration, and disagreement were as rampant as ever. At one point during the semester when, unbeknownst to her, her power point was altered due to some projector error, a student spoke up after the second or third slide. She responded with an indignant:

“Well, why didn’t you tell me earlier, dodo head?”

The semester slogged onward, and although I was busying myself with numerous extracurricular projects, I kept my tardy appearances to a minimum.

Another time during class, when faced with the frustrating user interface found in Microsoft Word, she started cussing up a storm and stated, in the middle of class:

“When I die I want money in my will to go to pay for strippers for the the developers of Microsoft Word, so they’ll have something else to fuck around with beside the new version of Word.”

I had to try really hard to not laugh out loud when she said that one.

These hard outer-shell interactions with Joann gave my classmates and I a single perspective of Joann as a hardened, grumpy, discontent, unhappy miser. Her email was thehermit908@gmail.com, for crying out loud. What were we supposed to think?

One day after class, I was headed back to my dumpy college house, located just off campus on Maxwell, next to all of the frat houses. We happened to be going to same way, because she was taking the bus this week (she mentioned in passing during class that her car had broken down). She walked briskly beside me and quickly pulled out a cigarette as she spoke.

“Why doesn’t anyone like to talk in my class?”

“I don’t know.” I answered, somewhat untruthfully. “It takes some time for people to be comfortable talking in a group.” I slipped into my default ‘responsible mediating’ tone of voice, which would most of the time sound so responsible and mediating that it was uncomfortable to use, but she didn’t seem to notice.

We reached her bus stop.

“Okay, thank you, you too.” I said, and headed back up the street toward my crummy house on Maxwell St.

At the end of the semester, she invited the class over to her house for dinner. Not everyone in the class had a car, so I planned to give almost everyone a ride over to her house. We met in the parking lot outside the bell tower and climbed into my car, taking Oberlin down to Clearwood and through the dense suburban neighborhood.

When we arrived, we were met with an open living room, and for the first time, it didn’t feel like any one was trying to pull teeth or dodge bullets. Each of us felt comfortable being there, comfortable talking. Joann had mentioned her daughter earlier in the semester, whom had moved off somewhere, gone to school and gotten a job, so we knew that at some level, at some point in time, Joann had actually been a mother. For the first time, we actually believed that she had been a mother, and not in ancient history. She was a mother, a different kind of mother – maybe harsh, maybe blunt – but she cared about making each one of us feel like we were part of a something.

We talked and laughed and as the night ended she sent us out with the remaining bottles of beer. My classmates and I were a pretty tame group, but finally she convinced one of us to take the beer.

“You’re college kids, why would you not want this?”

So when I heard that she had died, it was sudden, and blunt, like she was. One of my friends said that she had lung cancer and that was what caused it. But the odd thing was that none of us had known anything about it during our class, only months earlier.

She had been working on a book. Although her personality was blunt and harsh, she was funny – funny as hell and inappropriate. All semester long I was obsessed with that extracurricular project I was working on – A film- And I had been planning to invite her to the premiere. I was going to joke with her, and tell her that it was why I was late to class those two times.

But I didn’t get a chance to do that.

I remember going back to my computer after I heard the news of her death. I checked my email, and I remember thinking how strange it was to have the email of someone who was not alive. I could send messages, but I’d never receive any back.

She was not the most loving professor in the school. She was not the best, and nobody I know actually could honestly say that they loved her class. But over the period of that semester, through all the insanity of underestimated extracurricular projects, we had gotten to know her. And I think in a way, we had gotten to know her better than the professors in any one of our other classes.