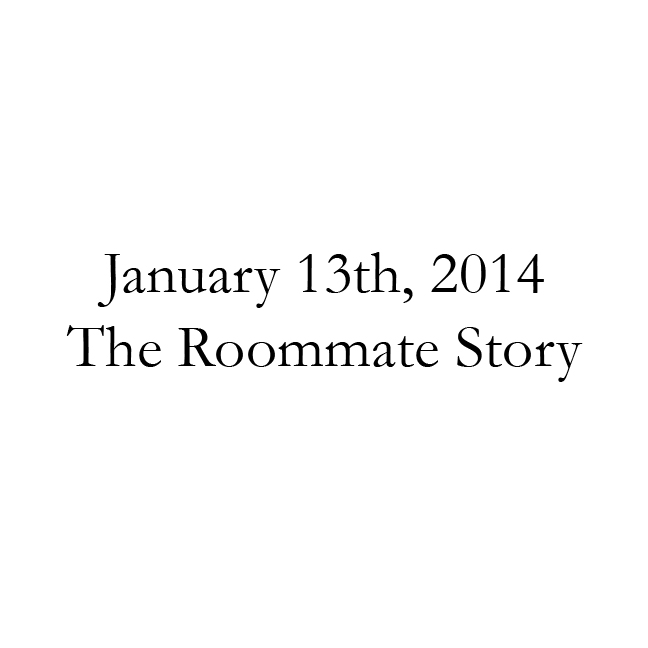 That’s where I come in.

After returning to our apartment from Christmas break, Ivan heroically displayed several of the gifts he had received: a bag of sesame seed covered honey almonds, a coffee mug that he called ‘tacky’ (but his grandmother gave it to him, so hey, don’t hold it against him), and the prize gift that he cradled like a Alaskan hunter carries a prize elk, his new Coca-Cola branded glass.

This was no ordinary glass. This glass was the exact shape and height of a can of coke, molded and branded with the Classic Coca-Cola logo. When Ivan meticulously pulled the glass out of its tissue packed box, he instructed me that:

“The glass is the exact same size as a can of coke, so you can pour it all in and it goes right to the top.”

I could tell by the way he specifically explained this quality, almost as if he was Steve Jobs explaining the iPod, that he was very excited about this glass.

I safely stayed away from this glass in every manner that I could – Usually when someone is so excited about a new gift, it does best to let them enjoy it exclusively (like a girlfriend… or- wait… you know what I mean).

However, all of that changed, quite by accident.

On this day, I was at the apartment by myself. Ivan was at school or work, or something, and I was hurrying out of the house trying to meet a friend for an appointment. I was getting into a terrible habit of being late to appointments, which tended to annoy me. Unfortunately, getting annoyed doesn’t let you get anywhere faster; it just makes you no fun to talk to once you get there.

So I was rushing around my apartment, trying not to forget anything and remember what to bring, and my cell phone rang.

“Hello, Curtis, this is Elizabeth Abrams from Inspire. Is this a good time to talk?”

“Uh, actually, is there any way we could talk in…”

“Great, we’ll talk to you then, Curtis.”

“Alright,” I said, trying to sound calm, responsible, and articulate.

As my frustration level rose, as I turned to grab my backpack and run out the door, my arm hit the Coca-Cola glass.

It fell off the table.

And onto the crummy hardwood floor.

All I could do was stare in shock.

What was I supposed to do? I couldn’t even think. I grabbed a broom and swept up the pieces faster than I’d ever done anything in my life. I took the glass pieces, tossed them into the dumpster out back, and then took out the trash and put that in the dumpster, too, so that Ivan wouldn’t see the glass pieces. Although I would normally say that explaining why I voluntarily took the trash out would be difficult, it was no longer a difficulty in my mind.

I ran out the door, got to my appointment late, and was in a terrible mood for the rest of the day. Not even hanging out with my friends was very successful in raising my spirits.

When I got back to my apartment, Ivan was already there. He was sitting on the couch. I came into the living room, got a drink, checked my laptop, and was about to go to my room, when-

“Have you seen my Coca-Cola glass?”

How do you answer that question?

Whoever claimed that ‘The truth will set you free’ clearly did not have a roommate, and clearly never accidentally destroyed his prized classic Coca-Cola glass.

I was that roommate, and this was my roommates’ roommate story.