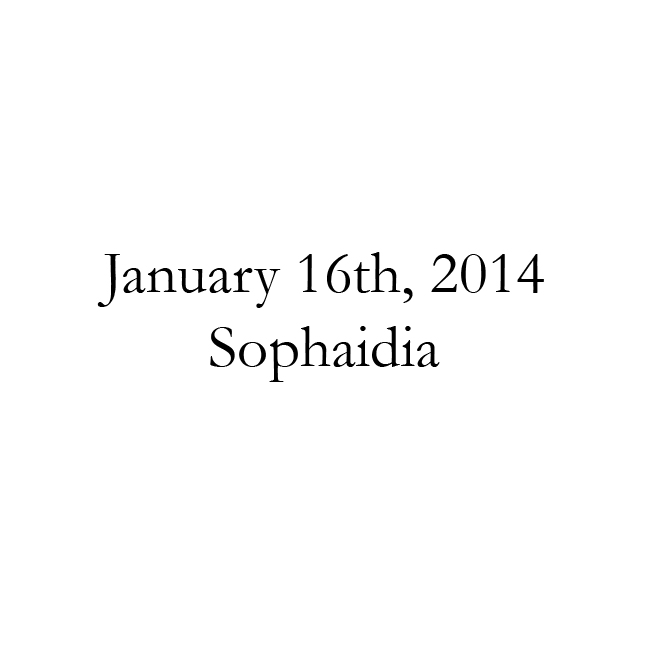 There was a city, called Sophaidia, in which everyone could only speak exactly what was on his or her mind. It was a very difficult city to get to, practically impossible to reach unless you’d been born there and lived there all your life. It was easy to leave, but hardly anyone ever entered.

As you can imagine, a city like this would function in a vastly different way than any other city or country does. The words that people said and the choices people made weren’t stifled by the unknown potential of people’s actions. If someone had a thought, it was revealed. It someone wanted something, there was no way of hiding it.

This caused innumerable concerns, arguments, and disagreements, but simultaneously had numerous benefits. No one wasted time doing things that other people didn’t actually want or need, nobody tried to uselessly impress other people, because the bluntly honest nature of one’s thoughts revealed their desires.

It was a nation in which desire was transparent. Naked. Obvious, but troublesome.

The people of this city learned very quickly what was important and what mattered. Every day it was common for every person in the city to comment on the everyday appearances, habits, and behaviors of others, regardless of whether their insight was actually welcome:

“I think your dress is terribly ugly.”

“I think you look tired today.”

This was all common language in the city of Sophaidia, but all of the discussion wasn’t as derogatory as these. Some were quite flattering.

Sometimes, a complete stranger would stop another, saying: “I think you’re the most beautiful person I’ve ever seen.” to which, sometimes, the reply would be:

“Why thank you! I would very much like to have sex with you!”

“I think you’re an idiot, please go away.”

But regardless of the response, there was no hidden desire, no hidden thought. Honesty and transparency were the fabric of which the lives of the citizens were made of.
One person in this city, a boy named Kip, had always wanted a secret. He had heard about these things: thoughts that you actually kept to yourself. The first time he heard about them was in a foreign studies class in the middle of school. The teacher instructed his students with a bluntly honest perspective:

“I think that it’s absolutely savage, but in other cities, they have these things called ‘Secrets’. Does anyone know what a secret is?”

“No.” Murmured the bluntly honest classroom of 7th graders.

“I didn’t think so. A secret is a thought or a fact that you keep to yourself! You don’t tell it to anyone. In other cities, you can do that, you don’t have a physical obligation to reveal everything in your head.”

“How is that possible?” A student asked.

“Well,” The teacher said, “In some cities, you don’t need to reveal your thoughts. But in Sophaidia, your mind is under a surveillance network.”

“Does that mean people don’t tell other people anything?”

“I think that’s a stupid question.”

The class started into a roar of honest opinions until the teacher quieted all of them.

“Quiet! Everyone! I hate being a teacher and having to put up with all of you!”

The class continued, and everyone moved on.

All day, the only things Kip talked about were secrets and honesty.

“Oh, Kip, it’s a waste of time thinking about that. It doesn’t matter, because you can’t keep a secret in Sophaidia anyway. Pay attention to your school.”

Kip couldn’t keep a secret. But he couldn’t secrets out of his words.

At dinner that night, his parents asked him.

“I’m thinking about secrets. Do you know anyone that has had a secret?”

“No.” his mother answered.

“Don’t tell him,” his mother said.

That night, Kip’s father took Kip to meet an old, grandfatherly man. He was bearded and frail, but he had a glint of ferocity in his eyes.

“So, you want to know what it’s like to have a secret?”

The old man stroked his beard and his forehead wrinkled in thought.

“Once you leave, you won’t be able to come back. They used to let people back into the city, that’s how I came back. But they don’t anymore. Once you go, you’re gone for good.”

“Why did you come back?”

“I came back because I wanted the truth. The truth is much harder to find when you’re out there. But if you find it, it’s more beautiful.”

“Can you take me there?”

“Is that what you want?”

The next day, the old man drove Kip to a train station, where Kip bought a train ticket, and left Sophaidia.