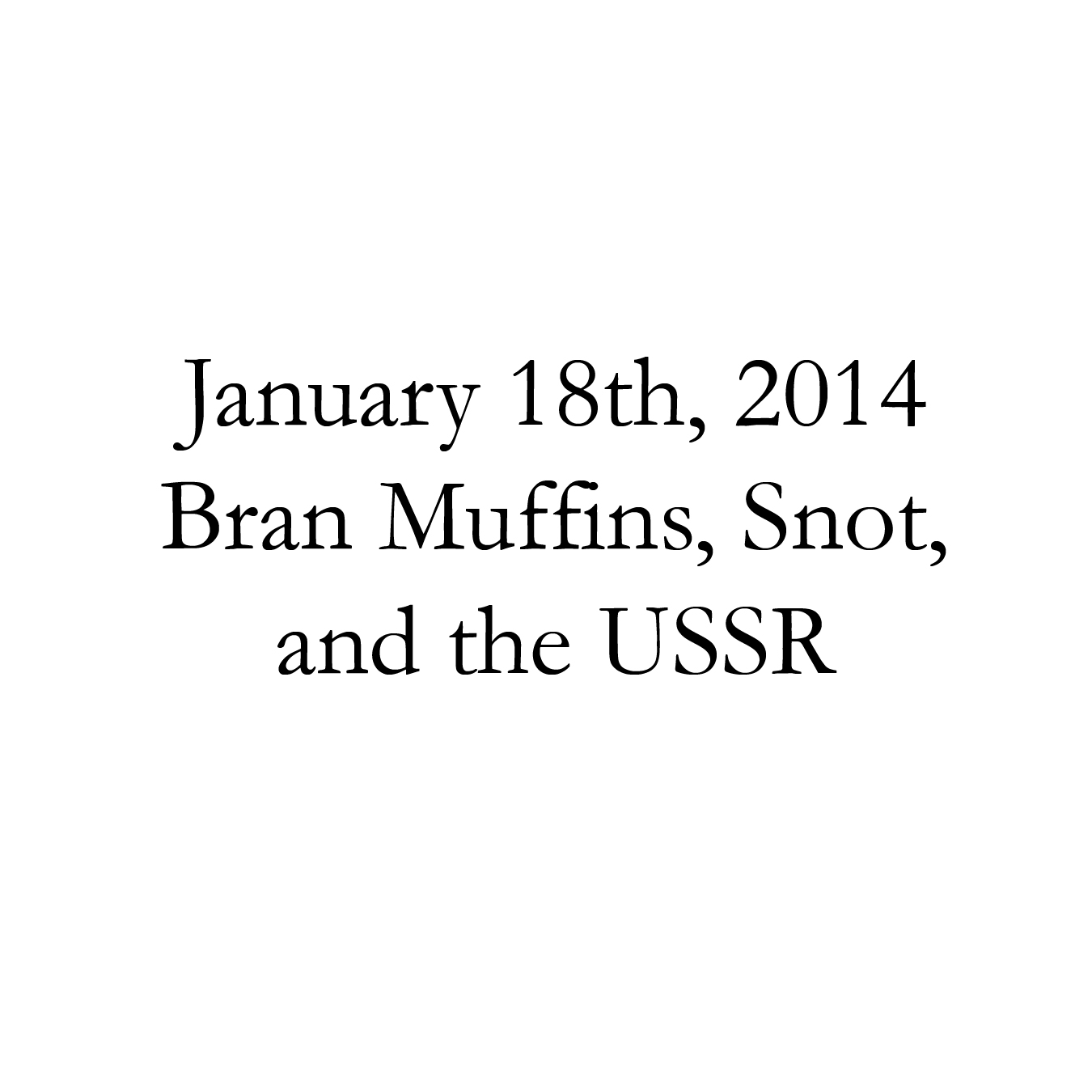 Bran Muffins, Snot, and the USSR

I don’t know about your eighth grade, but mine was pretty terrifying. Okay, well, maybe it wasn’t terrifying, but maybe I was terrifying.

And, as it would be with the raging hormones of an eighth grade girl, I had a mad uncompromising crush on one boy, Arnold Watson, who happened to be the shortest boy in the class.

At the time, I was absolutely sure it was a match made in heaven.

Aside from my master strategy and hopeless daydreams about getting Arnold to pay attention to me, there were a number of things that I guess you could consider ‘obstacles’ in our potential relationship. These obstacles escalated to a depressing, climactic moment of realization that I may not ever get to be with Arnold Watson. At least, not in the way I wanted to be.

It happened one day during school, during ‘SSR’ (Sustained Silent Reading, not USSR, which is the Russian Soviet Communist State. Quite different, actually). I loved SSR. I thought it was great, because it was the one time of day that I could do my two favorite things: Read, and eat a bran muffin.

I didn’t know it at the time, but bran muffins actually were one of my biggest obstacles in my potential relationship with Arnold Watson, and they were about to become quite a bigger one.

During this SSR session, I happened to be sitting next to Arnold. As excited as I should have been in taking this opportunity for some advancement of my master relationship plan, I quickly became engrossed in my book, the ‘Phantom Tollbooth’.
Books were another one of my biggest obstacles.

This book drew me in and wouldn’t let me go. Before I knew it, the SSR session was almost over, and the only thing I wanted to do was finish the chapter before we had to go back to doing algebra, physics, and social sciences.

As I was drawn into the book, I took out my bran muffin and started devouring it as quickly as I devoured the pages of the ‘Phantom Tollbooth’.

I was so engrossed in the overwhelmingly middle-school narrative of the book that I failed to realize that a massive, overwhelming sneeze was lingering in my sinuses. Just as Milo, Tock, and the Humbug were about to reach the capital city of Digitopolis, the sneeze erupted from my nose.

I turned my head, trying to shield my face.

And I snotted my bran muffin all over Arnold Watson.

Most of the class turned and looked at me. (I say most of the class, because there was one kid, Geoffrey Chase, who was pretty hard of hearing and basically deaf.)

Arnold grimaced in disgust and looked up at me.

I slowly tried to wipe the snot and the bran muffin off of his sweater vest and out of his hair.

He looked at me with pure and utter shock.

That was pretty much the end of my master strategic relationship plan. We both went to different high schools, and I moved to New York City after school and never planned on ever seeing him again.

I flew back to Seattle for Christmas to see my family, about fourteen years later. Going through the security line, there was a balding guy with a bit of a beer belly with “Arnold Watson” on his nametag. I did a double take.

Yeah. It was him.
“Did you go to Kirkland East Middle School?”

“Yep.” He said, scratching the unkempt stubble on his cheek. “Why?”

He was still shorter than me.