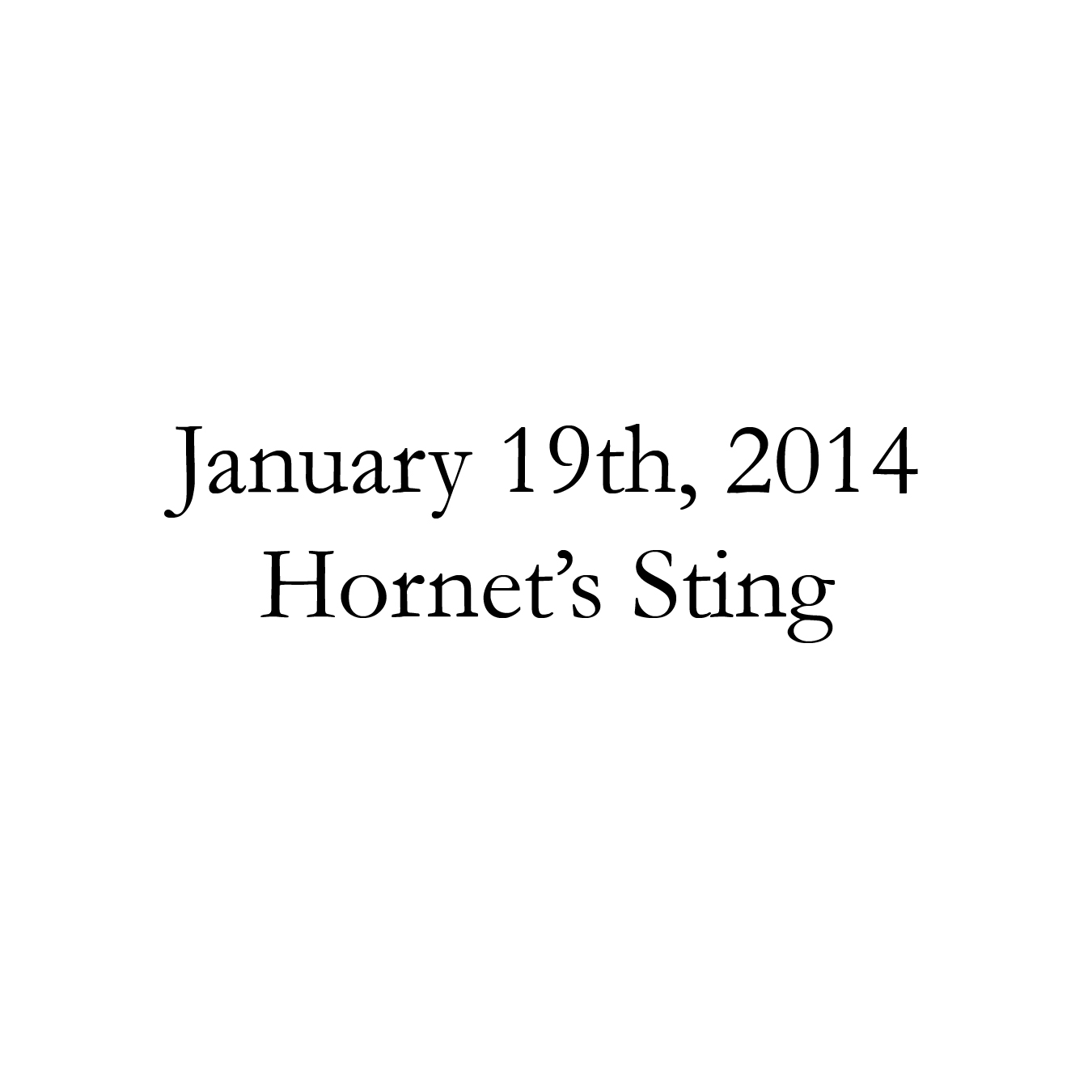 The first time I caught something, I had that feeling. That feeling you get when you do the thing you were meant to do for the rest of your life for the first time. I can tell you without a doubt that my parents didn’t see it – They didn’t have that “Oh, I bet he’ll grow up to be a…” moment.

But I sure did.

It was just a simple monarch butterfly, but there was something special about taking it from nature and putting it in a jar. It was almost like taking something from the garden of Eden. I had plucked this amazingly delicate and intricate creature from nature and made it my own. I controlled it. And let me tell you, to a nine year old, control feels awesome.

And that was just the beginning. My grandfather showed me how to collect all kinds of insects. It started with butterflies. Then beetles, grasshoppers, mantids.

I remember sitting in my grandfather’s kitchen, bare back, with tears dripping onto my naked belly. Like I was recovering from wounds after a battle.

“Oh, he’s dead – Don’t worry about that!” my grandfather comforted me as he wiped lotion on the sting.

“I wanna squash it!” I cried. When you’re nine years old, revenge is crushing a hornet into the hot summer asphalt.

“Wouldn’t you rather stick a pin in it’s back and add it to your collection?”

“Well, that way you can show everyone and say ‘Look, I fought this terrible beast, and I won.”

The hornet became a trophy, an icon of my victory. It was so small, but for me it’s size and its significance had no relationship. I had no desire to marvel at its beauty, but instead, all I wanted was to gloat in my control over it.

It didn’t stop with the hornet – Actually, the hornet was the start. I moved from insects to frogs, tadpoles, fish, crawfish – anything that swam or had gills or feathers or crawlers or pinchers. It became mine. The more that I knew about them, and the more that I understood about them, the more I had control over them.

I continued collecting bugs until I had the largest collection in the county. Grand prize in the Coburn Classic Fair, but it didn’t stop with bugs. Any creature I could capture, observe. I would steal them from the ‘Garden of Eden’ and make them my own. They were mine. They belonged to me. In High school I doubled the size of my collection and went on to meet and study with some of the most well known naturalists in the country. I went to Cornell to study Natural Science.

Right before the start of my senior year, my grandfather passed away.

As I walked away from the casket, I didn’t feel any of that. I was older. My grandfather went from being a magically wise figure in my life, like some kind of wizard, to a forgetful old man that sort of smelled funny and couldn’t communicate very well. Now, he was cleaned up and posed like a trophy, commemorating a good life.

I felt disgusted. Disgusted at how school had trained me to be cynical of mystery. Trained me to see through it, to strip it away, rather than to bask in the novelty of something I didn’t understand and enjoy it without destroying it.

My grandfather had been a wizard. He’d been a magician. He’d been a storyteller. In my nine-year-old mind, he had sailed the seas like Magellan and painted chapels like Da Vinci.

But now, I thought, maybe he was an overweight, balding man with Alzheimer’s.
After the funeral, I went back to my parent’s house in Long Beach. I found myself rummaging through the attic. I found the remains of my old collection.

I felt sick, because that was when I realized, to enjoy something, we usually end up destroying it. In the simple act of experiencing something, the thing that we enjoy loses some of it’s wholeness.

In order to enjoy the beauty of a butterfly, we think we have to pin it down and put it on a wall.

There was only one thing I knew how to do at that moment.

I took the dusty, decaying remains of my collection, years and years worth of stripping down off the magic and mystery, and I threw it into the wind. I took off the glass cover and let the wind blow the crispy shells of revealed mysteries away.