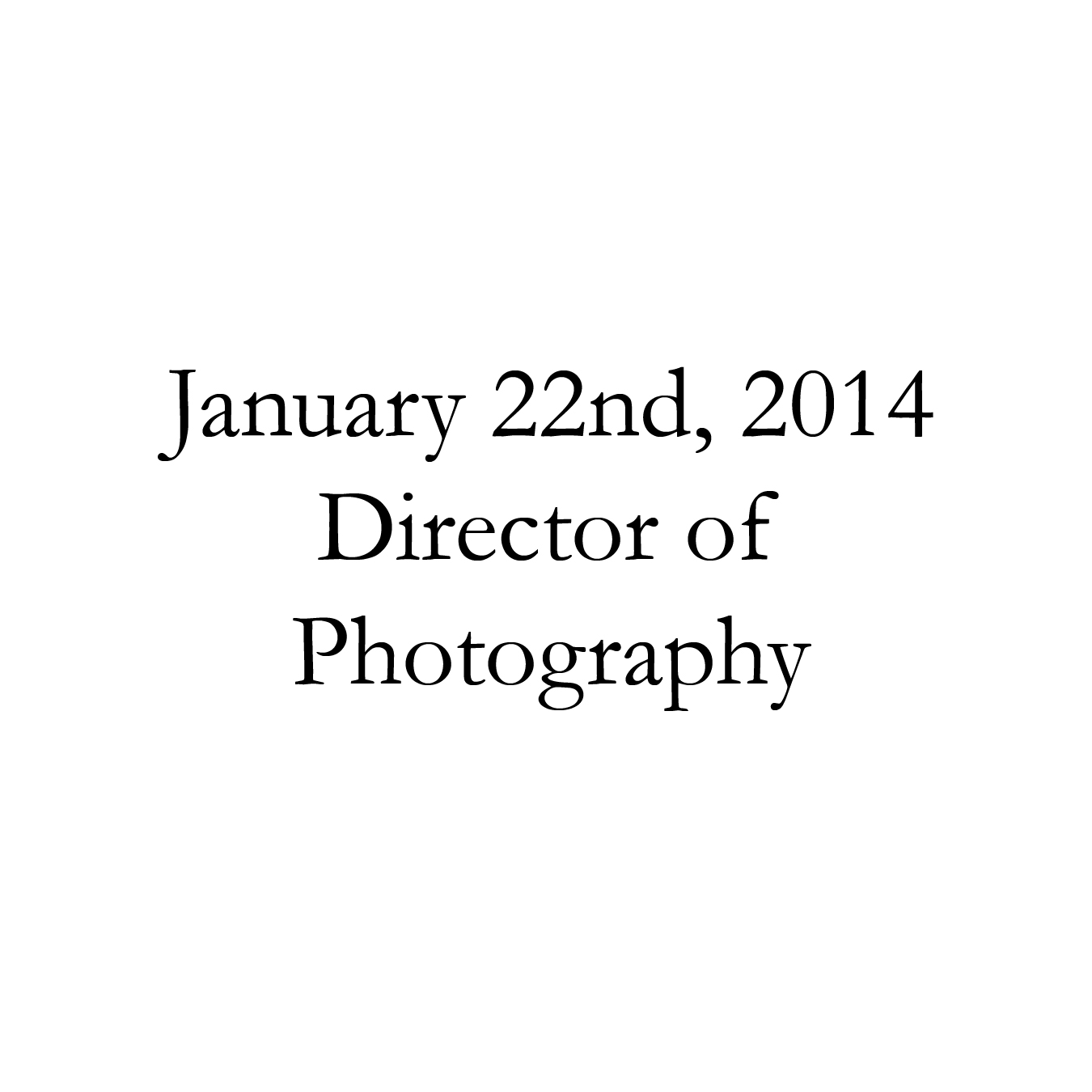 I’d already ‘been through’ four. Four different Directors of Photography. People joked that I burned through them like a middle school girl burned through boyfriends. They were just being ridiculous.

The four DoP’s (Directors of Photography) that I worked with didn’t work out, but it wasn’t my fault. The first one didn’t understand the concept of having a director, didn’t understand the idea that I was the one in charge. He thought it’d be a great idea to direct the actors according to his own guidance, his own ideas. Several times he literally gave direction that was the opposite of what I had said. And that was not going to work.

The second DoP that I worked with hardly knew what he was doing. He was a complete embarrassment to himself and to my crew.

I worked in independent film, short films, commercials. It was cut throat. People put their reputation on the line every time they worked. Every person they worked with had a voice in their next job. Everybody who was somebody was connected with somebody else. You just had to make sure that somebody had a good opinion of you, or that the person they would ask would have a good opinion of you, or you probably wouldn’t get the next job.

The third DoP, she was a little bit of a different story. She could shoot beautifully, and had a vision for cinema like few others that I’d met, but she was looking for something else between the Director and Director of Photography relationship that I wasn’t interested in. I should have known better than to work with a female Director of Photography.

The fourth Director of Photography had no voice of his own; he added nothing to the set. Having him as DoP was like holding the camera myself. When I finally decided to let him go, I got a lot of shit about it.

“He did everything you wanted him to do, what else are you looking for?”

But I did know.

Until I met Alix.

The first shoot I worked on with Alix was a total accident. And after the shoot was over, I swore to never work with him again. I’d told him to shoot the final shots at 400, 60mm, and by the time the shot was set up and ready, it was anything but 400 at 60mm.

“What the hell? What are you doing?”

“Trust me.” he smiled. It was so disorienting, seeing him smile. A film set isn’t really a place to smile. I never smile.

“I can’t afford to trust you right now, I’m just trying to get the shot.”

After the shot, I swore it looked horrible, but he kept saying:

That night I crashed on my couch, cracked open a beer, grabbed a sandwich, and plugged my laptop into my TV to watching the dailies.

There was no way that shot looked the way I wanted it to. Alix had totally screwed up my shot.

I clicked on the file and watched it.

Once it was over, I watched it again.

Maybe he did know what he was doing after all.

We were like two cold irons battling against each other, hurting, but sharpening until we could both slice anything around us.

I booked a music video and immediately called Alix, knowing that he’d wanted to do a video for this artist for a while. But he said he couldn’t do it.

“I can’t do it. I didn’t know how to tell you. I booked a job, a journalism job. Travelling to the Middle East.”

“Well, when are you gonna be back? We can schedule around it.”

“Bastard.” I cracked a smile.

If you’re lucky, maybe, once in a lifetime you’ll work with someone who helps you see the world through a different lens.

He waved, and that was the last I saw of him.