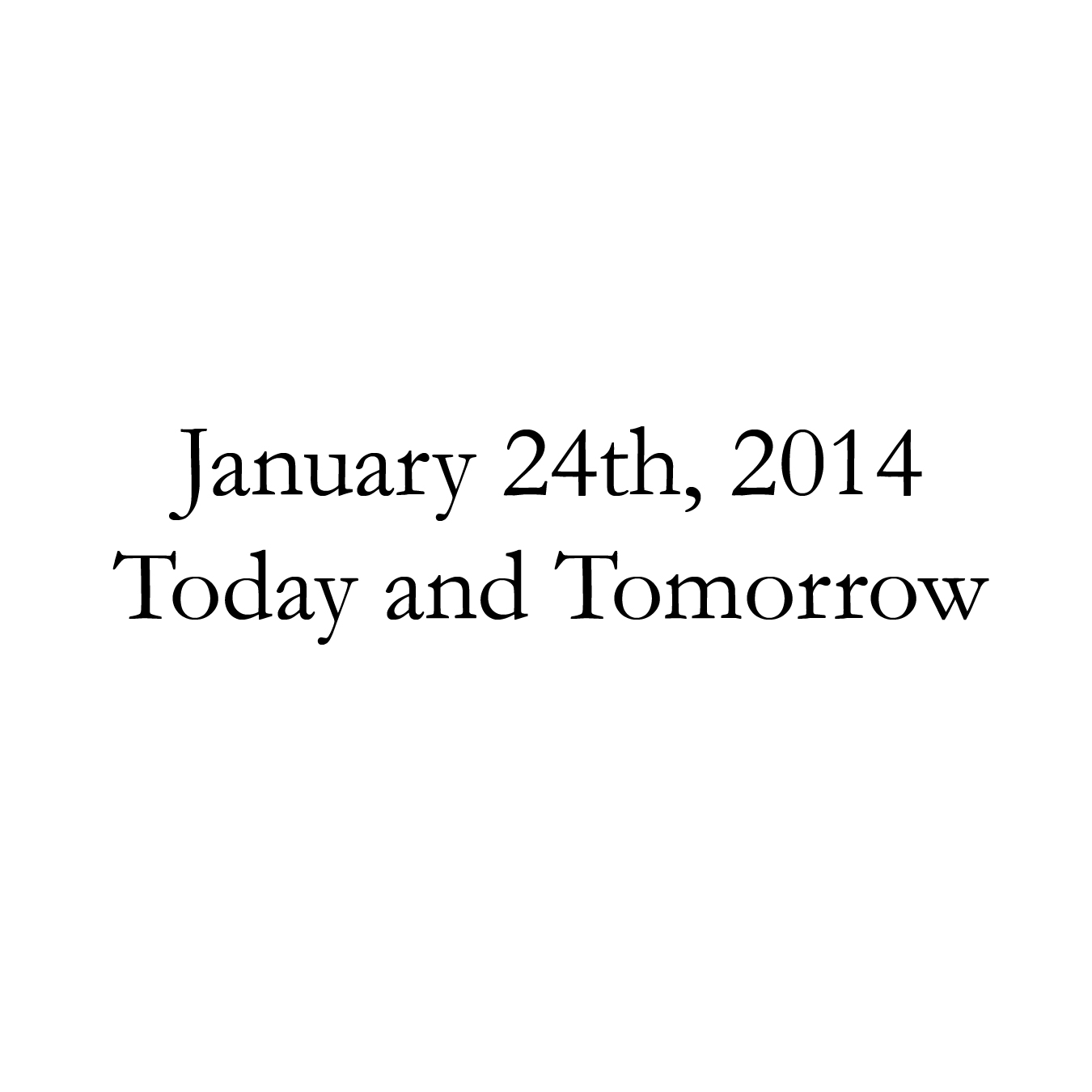 Elliot lived in tomorrow, never today. On Saturdays he would wake up at 9am, get to church for the 10:30 service, and sit through the morning service by himself in the pew. Nobody told him that it was Saturday, and nobody was there, except for the janitor, who was prepping for the Sunday morning service.

On Sundays Elliot would wake up at 7:30, ready for the start of the new week of work. He would get to the office at 8:57am, enter his office building, and set up for work in his cubicle. He didn’t notice that his co-workers weren’t there. He didn’t notice that he was alone. He was one step ahead, one day ahead of the rest. He lived in tomorrow, never today.

On Mondays he would finally get back into the swing of things. On Tuesdays, he would find relief out of the fact he had reached the middle of the week. He would meet his friends for Wednesday night bowling games, and he would bowl alone, because it was Tuesday.

On Thursdays, he would “Thank God It’s Friday,” leave work early, and catch a movie or grill out, and on Fridays he would sleep in, make pancakes, and mow the lawn or go for an afternoon run.

On Saturday, he would go to church.

One day ahead of everyone.

Until he met Diana.

He met Diana one day after work. For him, it was a Wednesday. For Diana, it was a Tuesday. He walked down the sidewalk to his car, when he heard Diana’s violin. He stopped and turned. He saw her playing the violin, so tender and so sharp, standing on the cobblestone street in the sunlight, ignoring the world, but simultaneously fully enveloped by it.

The amazing thing about music is that it’s outside of time. Although Elliot lived on in a world of tomorrow and Diana lived in the world of today, the music had no boundaries, no limits. It spread from Diana’s time to Elliot’s time and past them both.

He stood still and let the music breeze through him, past him.

He went back to watch her play, and when she’d finished, he tried to speak to her, to give her a rose, to ask her when she was going to play next. But because she lived in his yesterday, and he in her tomorrow, she never heard his voice, and even if she had, all of her responses would have been a day too late.

The next day Elliott got off work early and ran to the same spot that Diana had played his day before. She was there again, playing music that melted into the air and became one with the sunlight. Again, he tried and tried to speak to her, to tell her how beautiful her music was, to show her his appreciation for the violin that she played, but it was no use.

The next day was Elliot’s Friday. It was raining, and he figured that she would not be playing today, due to the weather. He lumbered through the rain as he left work, and was shocked to see her playing as though the rain didn’t even exist.

He slowly realized. It rained in his today, but not in his yesterday. It would rain on her tomorrow, but only because it was raining for him now.

All weekend he thought about her. He sought her music and listened to it for hours and hours, thinking of ways that he could talk to her, speak to her, get her to hear him.

He showed up to work on his Monday morning, depressed and exhausted, a feeling of hopelessness and loneliness surrounding him. He could feel himself slowly drifting in time – further from her, further from his coworkers, his neighbors. He looked out of his cubicle and saw the rain pour down.

At the end of the day he grabbed his umbrella and left his cubicle. He looked out the window. The rain had finally stopped.

And he got an idea.

He ran back to his office, to the chalkboard, and grabbed a stick of chalk. He raced down the stairs and out to the cobblestone streets where Diana would play her violin on her Monday afternoon, right after the rain would stop.

The next day, Diana sat in a coffee shop, tuning her strings, waiting for the rain to stop. As the sun slowly peeked out from behind the clouds, she smiled and walked out onto the wet cobblestone steps.

She basked in the warm sunlight, disappearing from time and drifting from space, closing her eyes as she played. She could feel the warmth of the sun on the fresh, rain-washed streets.

As she finished the melody and touched the bow to the strings for the final chords of the song, she opened her eyes. On the bricks in front of her, written in dry chalk powder untouched by the damp droplets of rain, were the words:

“I’m hours away, but your music never fails to reach me.”

And somehow, she knew that he was there.

Twenty four hours later, he smiled, and knew that somehow, she was playing her violin for him.