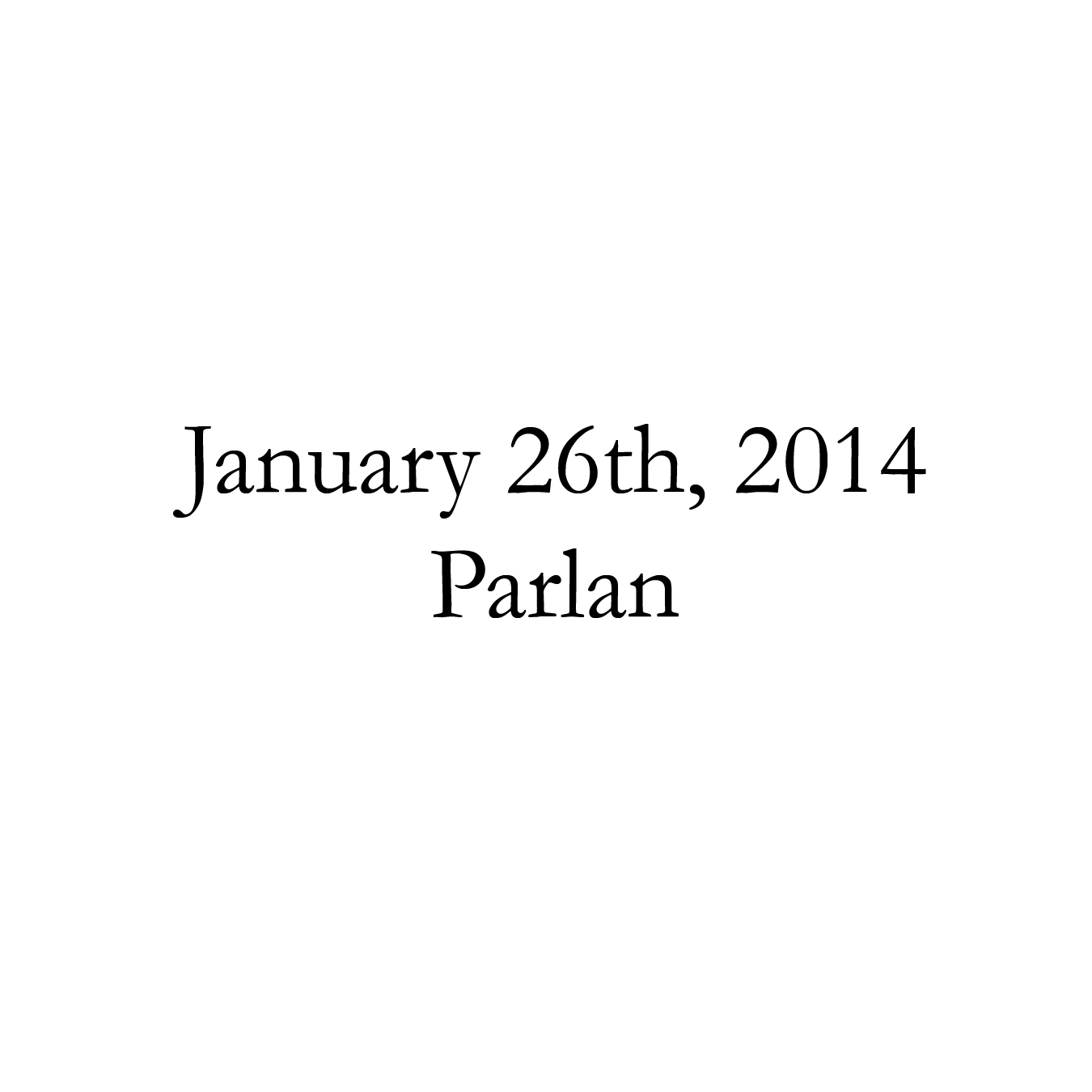 When Parlan began, it was the advent of a new era. The use of cutting edge technology had changed and altered communication and interaction. Violent crime was rising, violent speech was common. Personal interactions – on the street or in the workplace, in the home or in the church – had all become tainted with a kind of poison.

So when the opportunity for a new beginning was apparent, the King declared the mandatory use of ‘Extalk’, an exclusive digital tool used for all communication between people. No longer could people use their voices. No longer would there be interruptions, yelling, taunting, violence, intimacy, whispers. All words became text. Clear. Precise. And all-encompassing.

So as Parlan grew and became older, years passed, and people began to forget what faces were. They forgot what touch was. No one knew the sound of their own voices. Yelling was a concept that meant letters were all capitalized, and that you were trying to make a point. Whispers didn’t exist. Being surprised meant that your Extalk message had an exclamation point at the end, and laughing meant typing ‘haha’.

Susan remembered stories that her grandfather had told her through Extalk about things called ‘voices’ and ‘yelling’ and ‘whispers’, but they weren’t as she knew them. Her grandfather had tried to explain what they were, but she just knew them as a way of typing and phrasing a sentence, all-caps, and short messages with a thin font. He even told her about something called an ‘accent’, which she could barely comprehend.

When he described the idea of a voice to her, it sounded so intimate, so warm, so raw and visceral. “Something that you can’t see or touch, but something you can feel in your head. Something that comes from another person’s body and transfers thoughts and feelings and emotions through the air.”

“That sounds like someone taking drugs,” She typed. “Haha” She typed.

“It does sound crazy, but that was how people used to communicate.”

Susan thought about voices and shoved them into the back closet of her mind, right next to unicorns, and forgot about them.

Years passed and Susan never thought about voices again. Every couple of years, someone would use the word voice to describe something else – the way someone Extalked, or the way a message was typed, and she would recall what her grandfather had told her.

Her family visited, sending comforting messages via Extalk. Her doctor visited and suggested that she not accept any visitors in person, and decrease the amount of messages that she read to keep her eyesight from fading.

Susan closed the message and realized that message may be the last message she would ever read.

She began to sort through the log of recorded Extalk messages she had sent and received. There were thousands. She sifted back through them, pouring over her past conversations and discussions. She read them again and again, realizing that these would probably be the very last time she would ever hear from these people again. Her friend Margaret. Her neighbor, Bobby. Her cousin, Marsha.

She sorted back further in her record of messages, five years back, ten years back. She found conversations with her husband. With her parents. Old friends who had passed away.

She went even further back, to her first date, her first high school sweetheart. Her parents telling her about the birds and the bees. Her friends in elementary school.

She found one conversation that took place when she was six. She read it back, line by line.

It was the conversation in which her grandfather told her about voices. About yelling. About whispering.

As she lied in bed, breathing slowly, waiting to die, she wanted only one thing.

To speak, and to hear.

She took off her Extalk device, and spoke. Her voice was unrefined, untrained. Her words babbled out of her mouth like a toddler trying to talk. But she spoke:

Her hands shook with fear and she could hear her heart beating blood through her head, her eyes feeling the enrapturing warmth of a human voice. A tear trickled down the side of her wrinkled face, dripping onto her ears and into her hair.

And at that moment, she knew she was more alive than she’d ever been before.