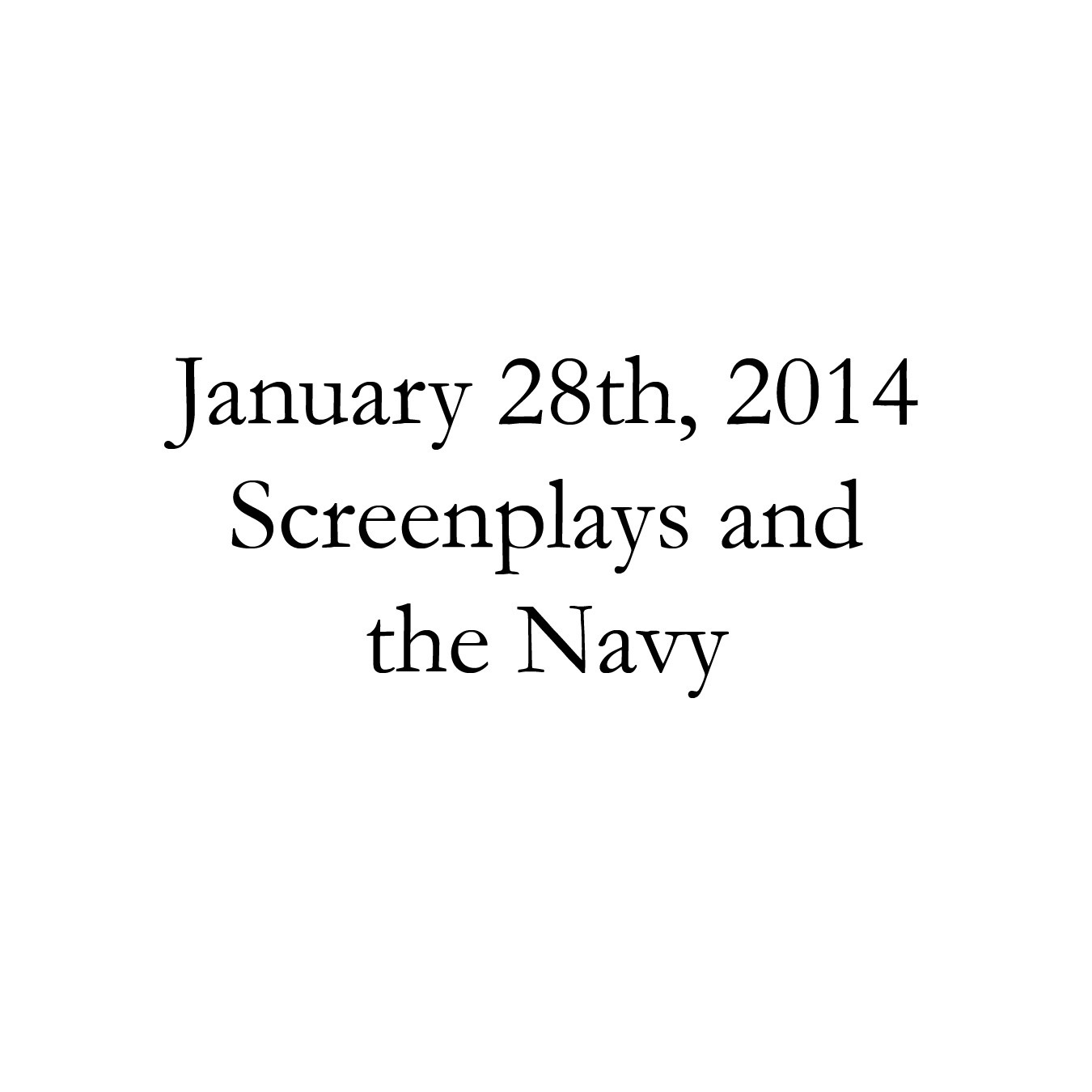 Screenplays and the Navy

What the hell was I supposed to tell him?

I’d known John for a little over a year. We met in Barnhardt’s screenwriting class. We’d both stumbled through the semester, desperately trying to write what we wanted, and simultaneously trying to please Barnhardt (which were two entirely different things).

The class ended, but our burning desire to churn out rich stories kept going. We talked about collaborating, discussed ideas, and met up a couple of times to develop them. After a while, it turned into a weekly meeting. We’d both write a couple pages, a scene or two, and critique each other’s work.

And boy, did his work need critiquing.

After I’d critiqued and corrected almost everything about his scenes, he would mention a couple of thoughts about mine. His critiques were juvenile, and yet he was always able to ask questions that irked me. Questions I couldn’t answer. He would run through a number of thoughts and suggestions that would only make my screenplay more like the latest Transformers movie, and at the end, would ask me a question that no matter how hard I tried, could never answer. A question that would turn my story upside down.

But it didn’t matter – we were both emboldened writers, driven to write our souls out and discover the truths of the human condition. We would write for hours, usually getting distracted, but nevertheless, we would always end up with something interesting to say, and usually something else to think about.

A friend of mine who worked at a lit agency in LA passed along a number of unproduced scripts – Scripts that were on the Blacklist, unproduced, screenplays already in production being shot by top-notch directors. I passed them along to John, and we devoured them, at least four every week. We started to learn the ins and outs of screenplays in Hollywood. And the collection of our own stories grew and grew.

I was working on my own masterpiece – A pseudo-Blaxploitation film, a western set in urban Miami. Not many people got it, but once I finished it, it was going to be dynamite. I had no doubt.

My computer was stolen, and that changed everything.

All the writing I’d done in the past year had been trashed, disappeared. Gone.

If the dick that stole my laptop had any idea what he’d done, he wouldn’t have done it. I didn’t even want my laptop back – I just wanted my stories back. Hours and hours of work, late nights, early mornings, caffeinated binges, all gone because someone wanted a laptop.

I dropped off for weeks. No writing. No contact. Until John called me. Somehow he’d found my home phone number. My dad answered when he called, and confusedly relayed to me that some guy named John from school had tried to reach me.

I got back in touch with John, but things had already changed.

I’d lost so much momentum. But that wasn’t the only thing.

I knew I didn’t want to stay. I knew I wanted to move on and try new things and challenge myself.

John and I kept on talking until the week that I bussed off to MEPS for processing. He was getting pretty close to finishing a new screenplay, and had asked me to critique it. I felt bad, because it was only a little bit better than the Transformers-drivel that he’d been spitting out a year ago. But his passion was inextinguishable.

I wished him luck in his screenplay, and he wished me luck in the Navy, and we parted ways.