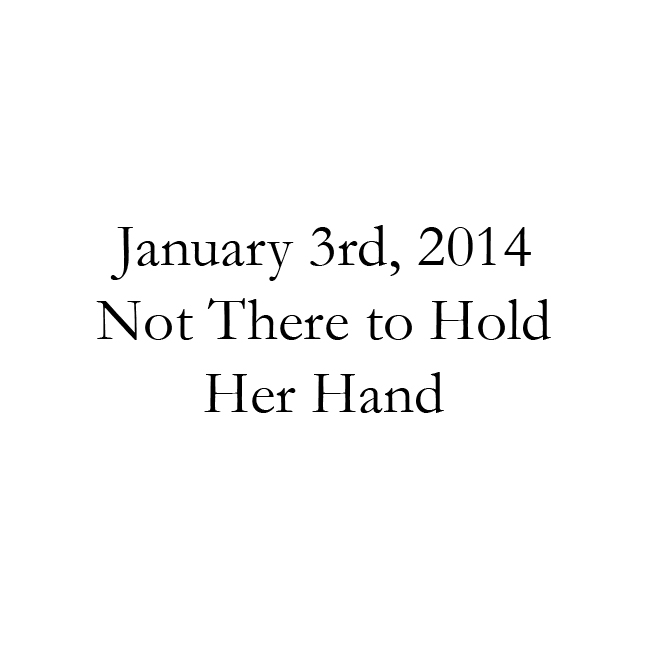 Not There to Hold Her Hand

“Just look at her. What’s wrong with you? She likes you, man. She likes you a lot, and you won’t even talk to her? Don’t be shaking your head at me, man. Just look at those eyes. And curves-”

Once again, far too enthusiastic. It gave Arthur considerable concern.

“You’re thinking with your-”

“Geez, Art, okay, okay.” Jimmy grappled Arthur’s hands away from his neck and tried to back off. Arthur dropped his hands.

“I just don’t want you to miss out on anything. If you have something good in front of you, you have to believe that it’s for you, because if you don’t, it’ll be gone.”

Arthur would have turned back and given Jimmy some kind of apologetic nod, the kind that friends give each other after they confide in each other about missed opportunities, but he didn’t. He knew Jimmy’s stories, he didn’t need to hear them again.

Outside, Arthur leaned against the dark, wet brick wall, underneath a gutter that had decided to target his scalp.

“If you have something good in front of you, you have to believe it’s for you.”

He pulled out his lighter- wait, it wasn’t actually his. The lighter, like his invitation to the party, was Jimmy’s. He stuck the cigarette between his lips, and shielded the tip from the cold, wet wind.

He did not light it.

He tried to light it, but his thumb wouldn’t move.

He’d felt this before. That subtle resistance that your body will give when your mind is being pulled two different ways, with the exact amount of force pulling equal and opposite directions.

He tried to lean against the wall, but his legs righted and he started walking back to the hall.

His legs took him to the hallway, his hands opened the door, his feet walked through dance floor crowd, his eyes scanned the dancers. He was not looking for her.

His eyes saw her, and his feet carried him toward her. He was not there to speak to her.

She looked at him. He was not there to look at her.

His fingers took her hand.

He was not there to hold her hand.

“I’m not into doing what everyone thinks I should do.” He said.

They eyed each other. Music and life swarmed around them.

He tried to turn away, but his hands moved to her arms. He tried to leave her, alone in the middle of the dance floor, enveloped in the swirl of music, but his arms took her and embraced her.

“And I’m not here to make anyone else happy, not your friends, or my friends-“