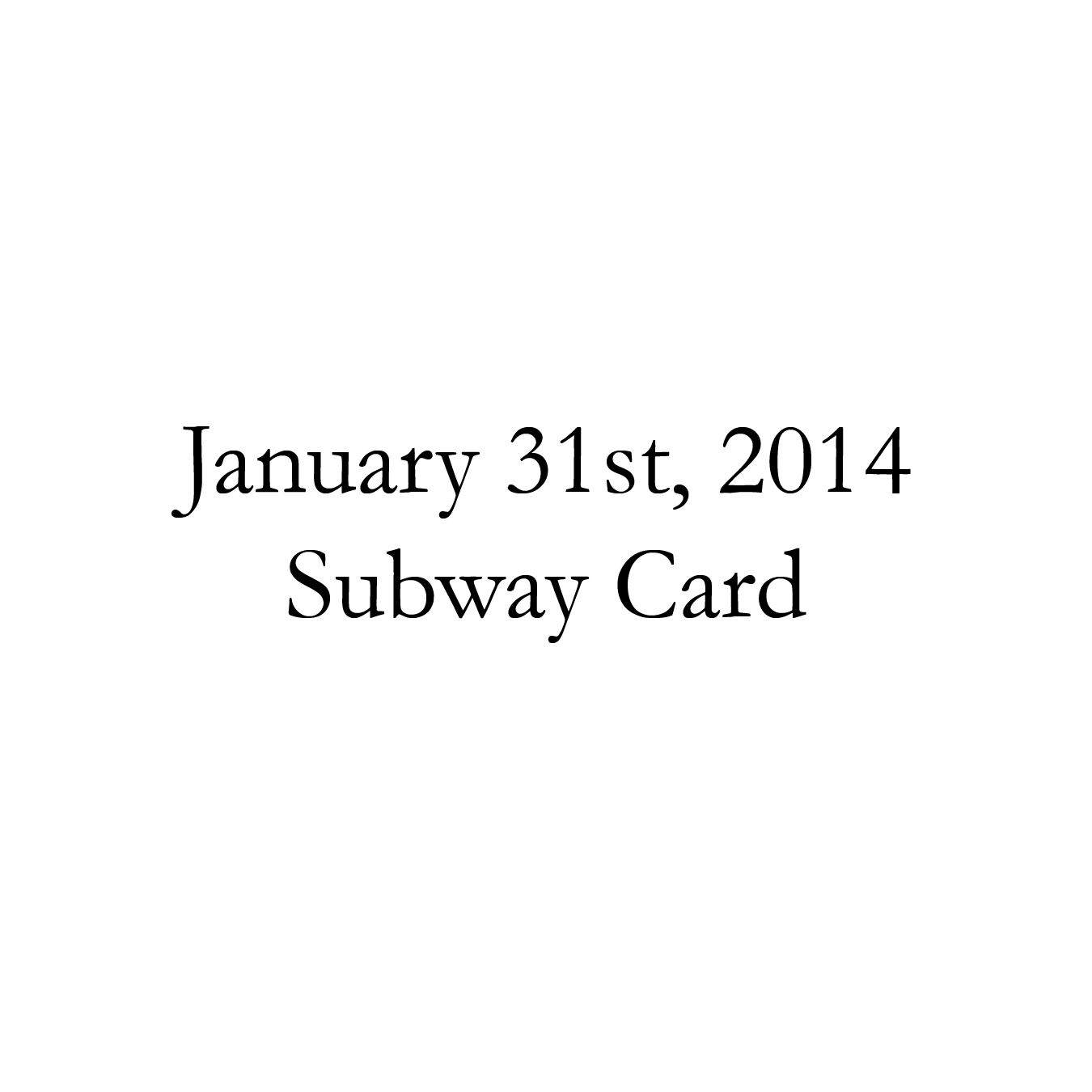 I saw a subway card on the ground today.

It wasn’t an unusual occurrence. There are hundreds of subway cards abandoned on the ground in every station.

But it irks me.

Because you never know how much money is on a subway card that’s lying on the ground.

But you never know. I guess I’m the optimistic type. I always think there might be money on a card. You just have to check sometimes.

But most people don’t check. Most people assume there is no money on a subway card, even though they could pass right by a card that has a full thirty days. Most people won’t pick up a subway card from the dusty, grimy asphalt street and brush it off with hope that it will be redeemable.

But it got me thinking.

What if people stopped treating other people like subway cards?

Last week I was waiting for the subway and noticed a subway card underneath a bench. Every germophobic voice in my head yelled at me to resist picking it up, but there was one voice that urged me. I think it was actually the voice of the subway card. You’ve probably never heard the voice of a subway card before- they’re fairly quiet, and they usually only spend time in loud places (big cities, crowded stations). But if you listen carefully, they’ll say to you:

I picked it up, swiped it, and found that there was a weeks worth of travel still remaining on it.

When a card runs out of money, it’s not because it’s not valuable. On the contrary – it’s actually because it was very valuable. It used its value to get somebody somewhere. It redeemed part of it’s worth, sacrificing it so it could get you from one place to another. Sometimes it’s a good place, sometimes, it’s not.

Yesterday, I was walking home from the gym. My legs were sore, my arms were going to be sore the next day, it was cold, and I had just sweated up a storm after biking for 45 minutes. I chugged water as I hurried to the subway, trying to outrun the cold. A pedestrian approached me. As I reached him, he stopped and said:

“Can you give me a chance?”

I usually say no to people whenever they ask me anything on the street. It’s more of a safety thing.

But this guy’s voice was the voice of my subway card.

His voice was drowned out by the big city and by the crowded platforms. He was overlooked, stepped on, and ignored. Nobody wanted to take the chance to find out if there was value in him.

No doubt that at some point this man had lots of what we would call ‘Value’. He’d had a mother and a father. Maybe he’d had a sister or a brother. He’d probably had a friend in elementary school. He probably had a high school crush (even if he didn’t go to high school).

Maybe he was just like that card. Maybe the reason most people didn’t see value is because he used his value to try and get somewhere. Maybe it was a good place; but most likely, it was not such a good place.

Maybe this man was just another subway card.

Spent, exhausted, worth nothing.

But like every subway card on the ground, no matter how dirty and grimy and old, he deserved to be picked up.