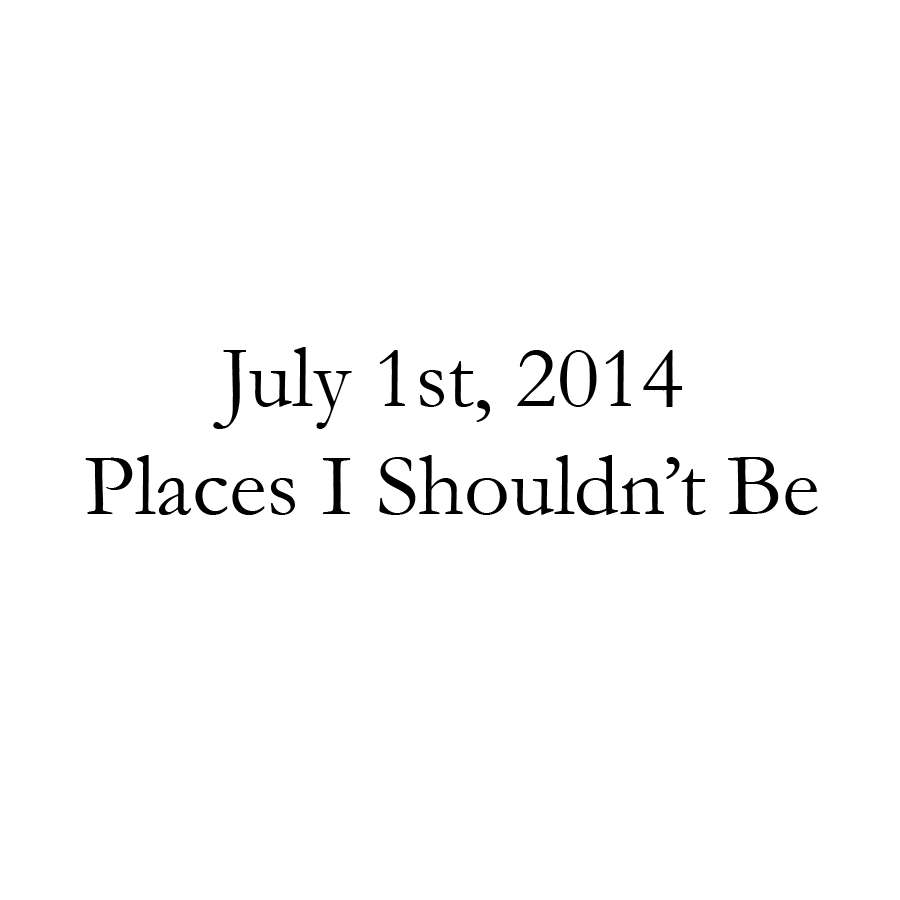 I’m in Minneapolis – that would be enough of a way to start a sentence about being in the wrong place, but that’s not all there is to it.

I was offered an internship for a job that I don’t want, with a company that I hate, in a city that means nothing to me, and yet I still take it. I’m getting to that feeling that you have when your options run thin. Diluted, like a warm drink that’s been watered down. Out of all of the places I could be, I know that home isn’t one of them. I didn’t think Minneapolis was, but I decided I should try.

I show up in Minneapolis on the morning of September 13th; a Friday, by no stretch of the imagination. A friendly old local man nods to me at a bus stop and tells me that the end of September is when things usually start to actually get cold. His eyes are lost in a knot of wrinkles, and I can tell from his skin that he’s seen his share of harsh winters. I nod, a little relieved that I’ll have a couple of weeks to acclimate.

“Actually though, things started to get cold this season at the beginning of September. Comes early, sometimes.”

I nod, as if to regretfully acknowledge what he’s saying.

I don’t mind the cold – Or at least, that’s what I told myself before coming here. Even as cold as it is, I wouldn’t mind. But I do. I rub my fingers together, wishing I had had the foresight to bring a pair of gloves. The cold bit me and sunk it’s teeth in, but not just into my skin. The cold sunk it’s teeth into my mind, and that’s what hurts the most.

Twenty minutes after I got off of my flight, while I was riding a bus to my new apartment, I got an email.

The internship – the one that inevitably leads to a job I don’t want, with a company that I hate, in a city that means nothing to me – just got cancelled.

I get to the apartment – the one that I already paid rent on for a next two months. I call the current roommate. He answers in unenthusiastic monotone, and shuffles to the door to let me in. The apartment reeks of weed and buzzes with fruit flies. This is one of those places I shouldn’t be.

“What are you doing in Minneapolis?” He asks, trying miserably to make small talk in his relentless monotone.

He waddles to a door down the hallway and opens it.

“This is your bedroom.”

He goes back to playing video games, and I step into my bedroom.

It’s a bare room. A mattress on the ground with no mattress pad, sheets, or pillows. An empty trashcan sits in the corner, along with a mini-fridge, beside it. I might have been more impressed if it was empty

I hear the roommate coughing in the other room, most likely from smoking weed.

Two months in Minneapolis at the brink of winter, with no internship, a pothead roommate, and an empty trashcan in my room.

I go for a walk for a breath of fresh air. The cold bites me again and sinks it’s teeth in, and once again, I wish I’d brought a damn pair of gloves. I feel the cold on my skin, but more than that, I feel it sink deeper into my mind. I walk to one of the more heavily trafficked roads, where I remember seeing a diner on the way in.

It’s a shabby diner – the kind that serves a damn good breakfast. I walk inside, rubbing my hands together for warmth.

I look around. An old farmer sits with his wife at one end of the diner. I take a couple more steps toward the bar.

A woman appears from the kitchen – Hefty and plump, acting as though she doesn’t know it. The diner uniform and apron hug her body a little more tightly than they should. She eyes me with a hint of suspicion.

“Are you ordering to-go, or are you here to stay?”

I stutter, almost afraid to say it, but when I do, the words fit over my mind like a glove, and I don’t feel the bite of the cold air.