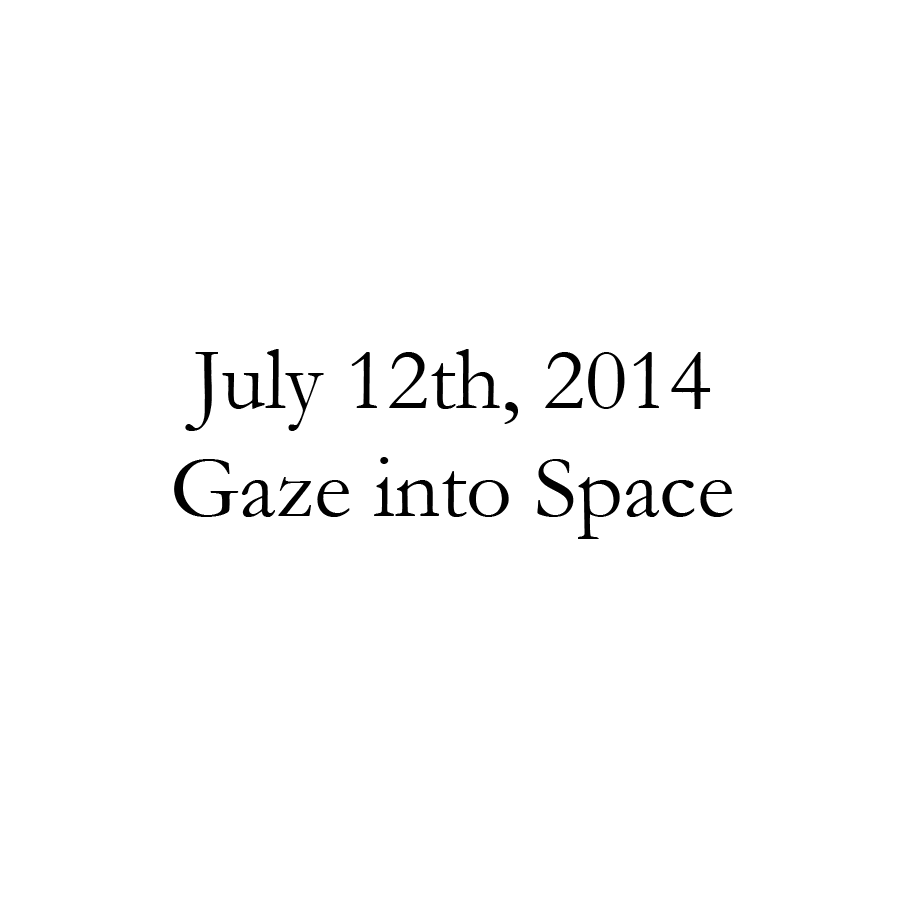 I look out the small glass porthole out into the empty, unglamorous view of space. In the movies, they always show space like it’s an ocean, with floating specks of light, and glass marbles for planets. Calm, and still. But it’s not like that. It’s not like that at all.

Space is cramped. Being in space is like being in that wardrobe that you used to stuff yourself into when you played hide-and-seek with your siblings at your grandparents’ house. It’s dark. It’s cold. There’s an uncomfortable and imminent errancy that breathes down your neck and tightens your throat, as if one of your siblings is about to find you and end the game of hide-and-seek earlier than you wanted.

The movies used to show space being bright and glossy. At least, that’s how I remember them. It’s been a while since I watched a movie. Years. I don’t remember the last movie I watched. For a moment, just a moment, I think that maybe I’ll make it back. It’s that feeling you get, right before your sibling is about to step out of your grandparents’ room, and you’re still holding your breath.

The pungent stillness erupts into a violent thunder.

No one is making it back.

I throw myself back to the control deck. The instruments go haywire, the systems begin to fail. The RADAR scans the emptiness around us, and starts to track the shuttles that close in around us.
The heat clings and tightens around me. The shuttle spins in ways that it wasn’t meant to move. I crawl for the evacuation pods.

I can hear the shuttle creaking and moaning under the violent ambush. Missiles and debris shatter the hull, and collapse. I shut the pod doors and seal them off, slamming on the control board to disengage. It falters-

I slam on it again-

It jams, then shakes, then blasts away-

My skin burns in the fierce heat. I black out, then wake up, then black out again. The pod is like a coffin, I’m sure of it. Tight, cramped, hot. Everything is closing in-

Something wraps itself around me, cold – or – hot – I can’t tell which. It seeps around my burnt skin, like a dry paste. I open my eyes. Water.

I thrash, suddenly, opening the pod, and water pours inside. I scream, I flail. I drift, and jump out of the pod.

It’s been a long time since I swam in an ocean. I let the water envelope me, cradle me, keep me.

There are troops invading, coming for us, for earth. They were just the first. They won’t be the last. I scan the horizon and see a small flake of land.

They’ll invade with everything they have.

I turn and start to swim to shore.

They’ll unleash hell on us. I’ve seen it. I’ve seen everything they have, the last seven years in space. I saw it all.

But we’ll be ready.