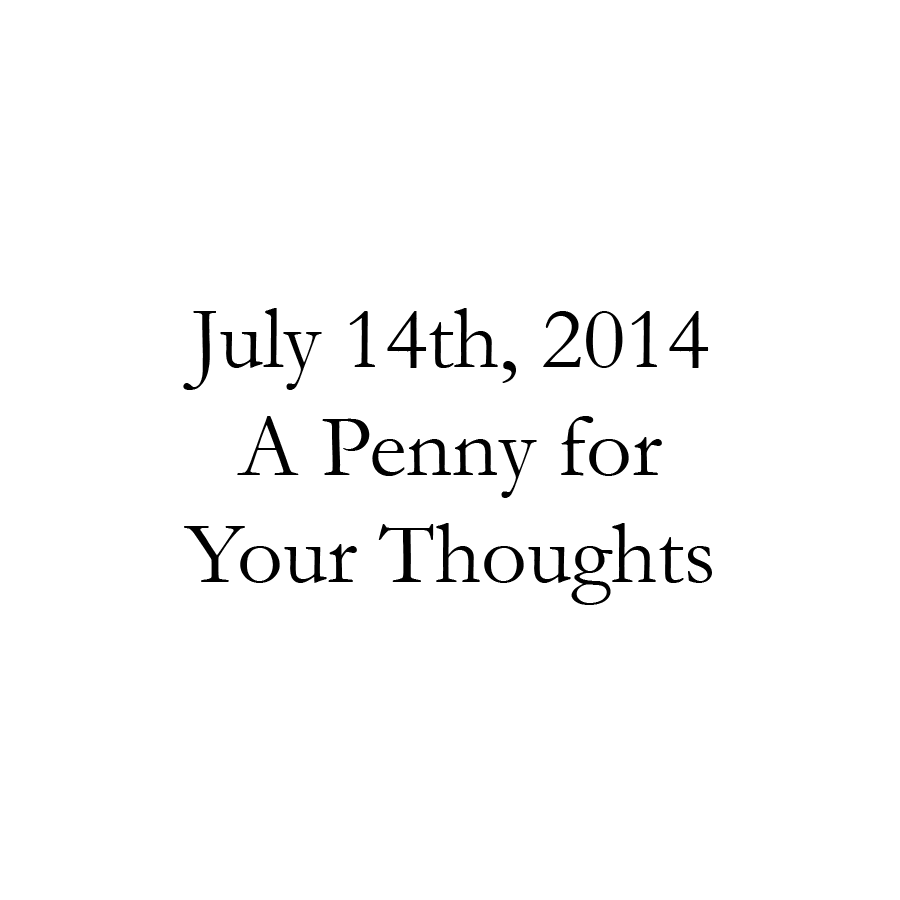 Before a certain point in time (nobody really knows when, to be honest), there were no thoughts. There was no ‘inner dialogue,’ as one would call it, there was no ‘self-reflection,’ and there was no consideration. If you think of thought catalogue as a microphone, facing inward to the inner chasm of your mind, then you can imagine that this microphone was, at one point, turned off.

This made a great many things extremely difficult. If one were to try to consider an idea or have a thought, they would have to speak it and ‘think’ out loud, so to speak.

This made a great many things very difficult. Elementary school math classes consisted of an ocean of young children, jabbering numbers and trying to talk out their problems as best they could. Taking standardized tests, I’m afraid, were equally difficult and inconvenient.

Secrets were, of course, very difficult to keep, and entire soundproofed rooms were available for people who needed to consider some serious thinking. Life choices were often made publicly, as were other serious decisions, life-altering thoughts, and important considerations. Poker was an incredibly difficult game to play (and really consisted more of trying to figure out which thoughts were genuine and which were fake). Business negotiations, as well as relationship discussions, often ended in an awkward stalemate of brutal honesty.

The first thought popped into someone’s mind much in the way any thought now does, except for the fact that it bloody well scared the hell out of her. The microphone blared through the chasm of her mind, as if someone had honked a car horn in the middle of a silent cathedral.

I don’t want anyone to hear me.

She thought. The words echoed loudly in her mind, like in a library of empty bookshelves.

“Did you hear that?” She asked the people around her.

“I didn’t hear anything.”

“I had a thought… I… think.” She stuttered, afraid that her mind was turning inside out, or that some other worse fate was infecting her.

“That means you’re healthy. Having thoughts.”

The others just laughed and left her alone.

With her thoughts, of course.

She tried it again, slowly tipping her mind over as if it was a balancing act, and if she poured just enough effort out, a thought would appear. Thoughts came pouring out.

She spent the next several days puzzled, confused, and slightly annoyed at this newfound oddity going on inside of her head. Slowly, she began to realize the benefits of it.

She found herself becoming much better at strategy games and much sneakier when conniving against others who were brutally honest with her. Finally, one day, she shared her secret.

“You have what?” Her friend asked.

“Thoughts. Except, not out loud. I have thoughts in my head. Isn’t that crazy?”

“I don’t know. I just tried it one time, and it happened. It popped up, and instead of coming out in my voice, it came through my brain.”

And he did. Pretty soon, they were both thinking thoughts, and neither had the faintest idea what the other was thinking.

For several weeks, they enjoyed their little secret of quiet thoughts, or silent speech, as they called it – Playing tricks, planning, scheming, thinking, considering, weighing options and entertaining ideas that they hadn’t dared entertain out loud. So many things were off limits – Would you ever think of the things that you think if you had to think them out loud? Of course not. But they didn’t have to think them out loud, so they thought about anything they felt like.

But after a short time, thoughts can grow lonely, unless you share them. He told a friend of his about his silent speech. His friend, of course, believed him to be crazy, until he himself tried it. Then he told his friend, and they told someone else. She told another one of her friends, and they told another. Pretty soon, everyone had silent thoughts. Everyone could consider anything before they made it public. Everyone could scheme and consider and entertain any idea that existed, or come up with new ideas without blasting them out into the public. Eventually, everyone had thought of something, and she had been long forgotten as the first thinker of silent thoughts.

She found herself sitting in her room.

Alone with her thoughts.