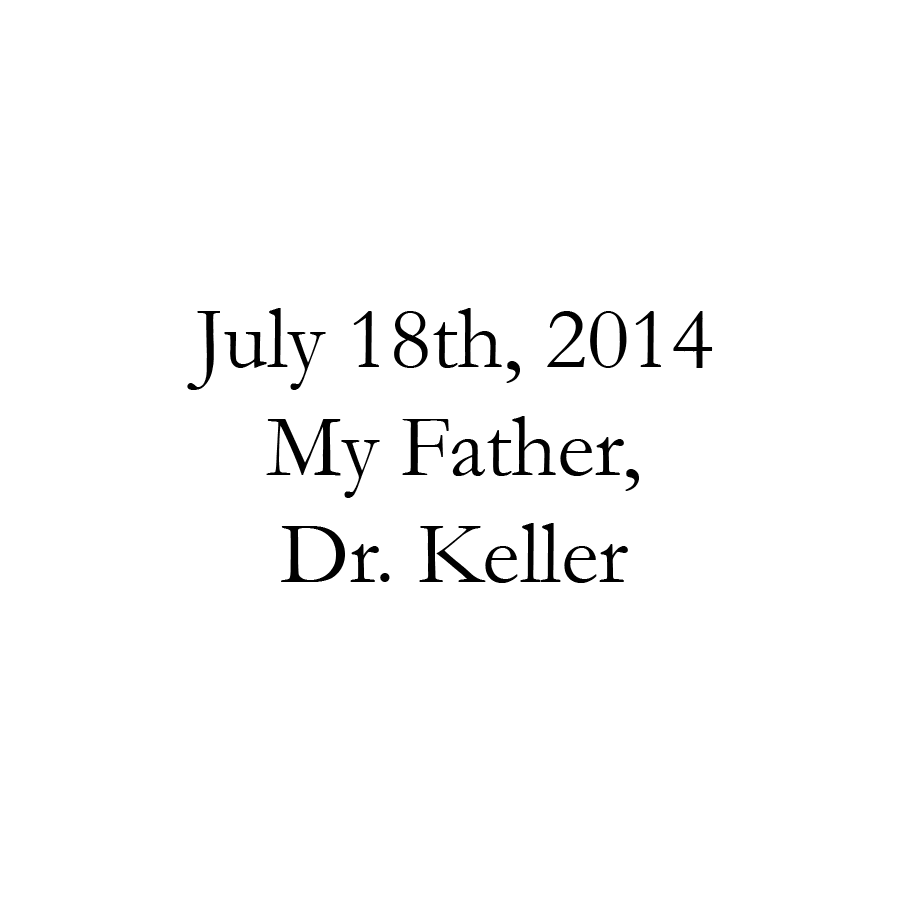 “Yeah. A film. You know, like a movie. I’m a student at School of the Arts, and I’m looking for a location to film a medical scene for my thesis film project.” He repeated once more.

The receptionist looked at him, perplexed, as though he’d just told her that he was Steven Spielberg. She scanned him once more.

His appearance fit the archetypal film student character description: Hair unkempt or artistic enough to make you wonder if it was intentional or not, clothing eccentric enough to appear in the latest fashion magazines, with a pop culture graphic printed on his t-shirt.

“Well,” She started, her face wrinkling into a tightly unenthusiastic bunch. “I can ask our director of this department, but I don’t think that would be feasible. We’d need to have someone monitoring you, and right now we just don’t have the staff to take care of that.”

He paused. He’d gotten this before. He’d cold called almost every hospital in the state, and had started calling some in other states as well. He’d reached the point of calling all sorts of ridiculous institutions that could pass off as hospitals if he just framed them the right way. University health centers, clinics, Planned Parenthood offices. After none of them showed even the slightest bit of consideration for his project, he started to get truly creative: Government offices, the YMCA, and an abandoned hospital near Wilmington. His family started to think he was a little crazy, especially his dad.

“Why are you making this again?” He’d asked the last time he visited his family for dinner.

“It’s my thesis project. The main project for film majors.”

Silence grew, and his mother stepped in to fill the gap.

“Like a senior design project for engineers, right sweetie? Or a final exam for lawyers.”

He hated that comparison, because he knew what was about to-

“Yeah, but engineers and lawyers get jobs after they graduate.” His father muttered, under his breath.

“Which physician did you talk to?”

He shifted, uneasily, trying to seem eager, but not over excited. He hesitated.

“Dr. Keller told you this?”

“Well.” Her face wrinkled again with disapproval. “I’ll speak with our director. When do you need to use the space?”

She looked up and said nothing, but her expression clearly asked “Anything else?”

He loaded the gear into his car, cramming the final light boxes and apple crates into the side and slammed the door.

He shut the last door and walked around the driver seat.

He got in the car, slammed the door, and saw his dad disappear in the rear-view mirror.

The set lights glared brilliantly. He ran his fingers through his hair and pulled the headphones off, letting them hang on his neck. He yelled cut and the team sprung to their marks, setting up for the next shot. He tried to hold back a flood of anxiety about the unconfirmed hospital shoot that was supposed to take place in 24 hours.

He checked his phone.

A text message from dad.

I switched my schedule tomorrow at the hospital, so I can monitor the shoot tomorrow. Let me know when you need to be there.

“Everything alright?” The AD said, a copy of the script bulging in his hands.

He looked up at the AD, then back at the phone. Then up again.