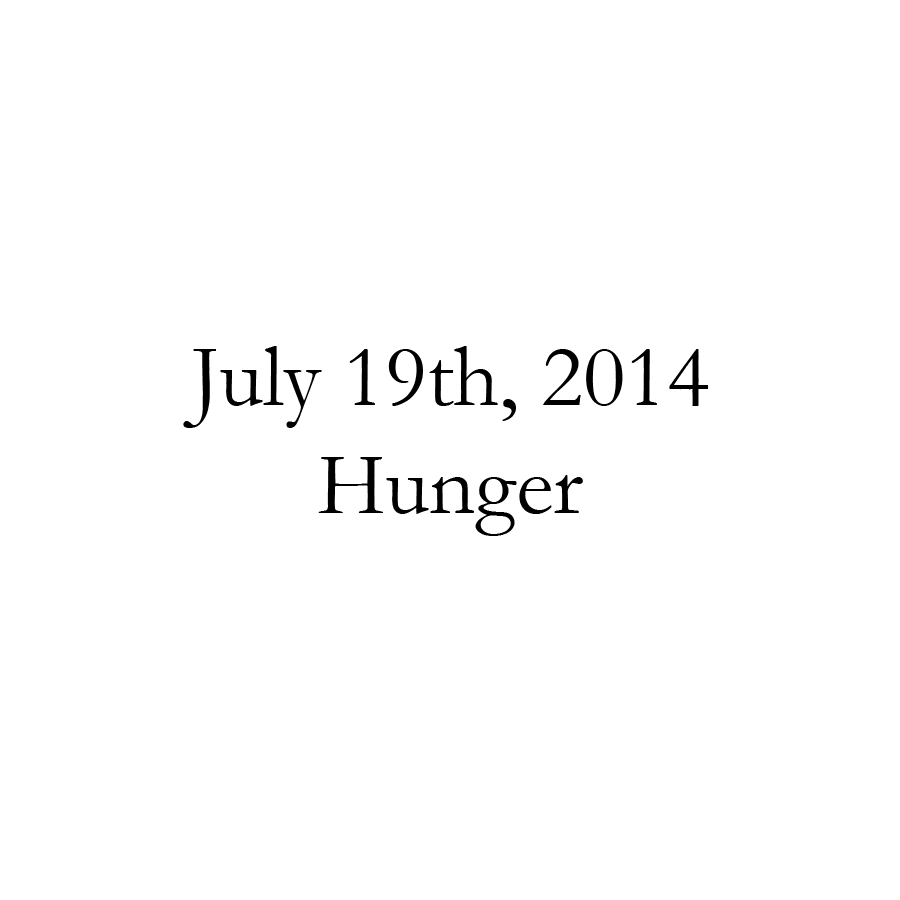 I remember when I first felt it – like a long, terribly uncomfortable pause in a conversation about sex or divorce. The kind of emptiness that makes you want to grab anything just to fill the void.

I’d just eaten lunch at work. Nothing elaborate, nothing special. A sandwich, some pretzels, some fruit. But that’s when I felt it. I went back to my desk, and tried to ignore my body until this cavernous hunger clawed its way up my throat. I stood, went back to the kitchen, and made another sandwich. But that wasn’t enough either, so I went back and finished the bag of pretzels.

I left work early, and stopped by the grocery store on my way home. I filled the shopping cart full of food and hurried through the parking lot, hardly waiting to load the car before I opened a bag of salad and started eating again.

By the time I got home, I’d already finished a loaf of bread. Alice wasn’t home yet, so I decided to start making dinner for her and the kids. I made dinner for them – Multigrain pasta smothered in rich tomato sauce, with a side garden salad. Before they got home, I’d eaten all of it.

Alice found me in the bedroom, eating a bowl of cereal with milk. She stepped in, slowly, as puzzled and confused as I.

She walked up to me, slowly.

“What did you do with dinner?”

Her face fell into hardened steel – serious and intense, like the time her father had a heart attack. She reached forward and took the bowl from my hands. I lurched forward, clawing, trying to take the bowl back.

She locked eyes with me. I took another large, bite of cereal, milk dripping down my chin. She dashed out of the room and called 911.

They took me to the hospital, and the doctors checked me out. I kept trying to tell them that I was just hungry, but none of them listened. They took my blood and did some other tests, poked and prodded, trying to figure out why the hell my stomach was telling my mind that I needed to eat, when my body could barely take anything else. All the while, the silence in my stomach grew, and the only thing I wanted to do was scream into it and shatter the uncomfortable emptiness. They left me alone in one of the exam rooms. Finally, a doctor arrived.

He shuffled in, white coat, grey hair. Mildly overweight, with glasses and the beginnings of a double chin. He introduced himself and shook my hand. He sat down across from me, trying to delve into a serious tone.

“I’m just hungry. Haven’t you ever been hungry?”

I glared at him.

“There’s a difference between how you feel, and what’s best for you. If you keep eating, you’re going to die.”

“I already feel like I’m going to die. I just want to eat something, just a little.”

That was just the beginning. They took me to a psychiatrist, then prescribed me all sorts of drugs and medications. I agreed to take them.

The first chance that I got, I took the car and disappeared to the grocery store, stuffing my face with bread and fruit and sandwich meat, sitting in the car in the parking lot. I ate for an hour and a half before Alice found me.

She unlocked the car, finally, after I tried to lock her out.

“Please. Stop eating. Please, it’s not good for you.”

She wiped tears from her eyes.

I screamed at the empty silence that gripped my stomach, but the louder I screamed, the stronger it gripped me, and the emptier I felt.