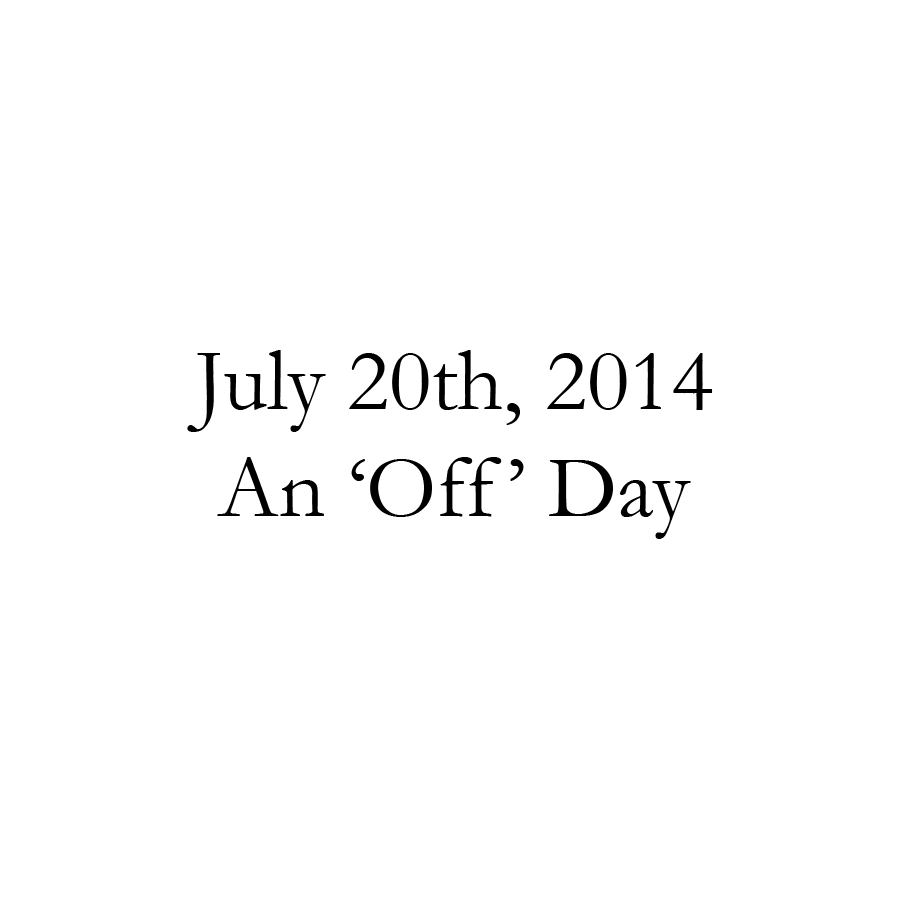 Or maybe it wasn’t any of those things at all.

I had a friend in college who used to say the sweetest things: Amber Cornick was her name – It still is her name, actually. And I guess she still is my friend, but to be honest, I haven’t seen her in years. Her comfortable, timid appearance draped over her shoulders like a thick, warm blanket on a cold winter day.

“It’s just meant to be,” was one of her favorite sayings. “The world has been making sure everything went just right, just so you could have a great day today.”

Our friends used to laugh, just a little bit, at her naïve sincerity, but her terribly sweet voice always carried her words so gently, no matter where she was or what our reactions. I used to find them comforting, secretly, at some level, just to think that somehow the universe had been setting everything in motion for millions of years, just so the right elements could fall together perfectly so that I could have a good day.

But the more I thought about it, the more it scared the hell out of me. If my good day was the culmination of a million little things that happened in the last thousand years, all leading to this, then what did that mean when I had a bad day?

I was almost afraid to think it, but I could imagine my college friend wistfully musing about my bad day, claiming, “It was just meant to be. The world has been making sure that all of this was going to happen, just so that you would have a bad day.” She would never say that, of course, she was too sweet to say something like that, even if it was true.

The slow boiling water pot that was my office proved not to be the limit of my troubles and annoyances of the day. As I left the sweltering office, my dad texted me, telling me that my younger brother, Jimmy, had once again been admitted to the hospital. My sweat drenched office attire suddenly became the least of my worries.

I walked through the halls of the hospital, scared, and nervous to see my brother. These visits were becoming too common, and I was beginning to know some of the hospital staff by name. I hurried up to Jimmy’s room on the fifth floor.

He was asleep when I arrived, and I asked the nurse to call me as soon as he woke. I paced, restlessly, up and down the hallway, until I heard my name.

A young woman, thin and hospital-worn, like she’d just gone through chemo or some other terrifying treatment, sat in a wheelchair and stared at me. She smiled, a familiar, comforting smile that I hadn’t seen in years.

“My brother.” I said, turning and nodding toward his room. “He’s… been here a lot. Recently. He’ll get through it. It’s just… hard.”

I tried to think back to all of the millions of things in the last thousand years that must have aligned perfectly for me to be there, standing in front of a thin young patient in a wheel chair, telling her how hard it was to be hospitalized. I wondered about all of the things that caused me to not know what words to say next, or if there could have even been anything that would’ve given rise to a situation in which I did have words to say. Thankfully, that wasn’t necessary.

An imposing feeling clouded my view of the words I’d just said, as I realized the folly of my attempt to convey the difficulties of having an ‘off-day’ to a chemo-ridden girl in a wheel chair.

She smiled a thin, tired smile, and nodded, leaning away from continuing the conversation. I had no reason to draw out the stunted conversation, but something kept me there, as if the universe had arranged it to happen.

“Really?” She smiled. “The things you used to laugh at?”

She held tightly onto her smile, as it tried to escape her. She lifted her eyes like they were weights, and looked like she was about to say something, when a nurse approached.

“Alrighty, Miss Cornick, are you ready to go back to your room?”

“Yep, Angie. I was just saying hi to an old friend.”

Angie the nurse waved at me and smiled an obligatory smile.

“I hope your brother gets well.”

Her words conjured a warm, quiet feeling, like cozy wool sweater smothering out a damp, fall evening. And for just that moment, I realized that if, in fact, millions of things had happened just right in the last thousand years to make this day an ‘off’ day, I would be alright with that, because it was just meant to be.