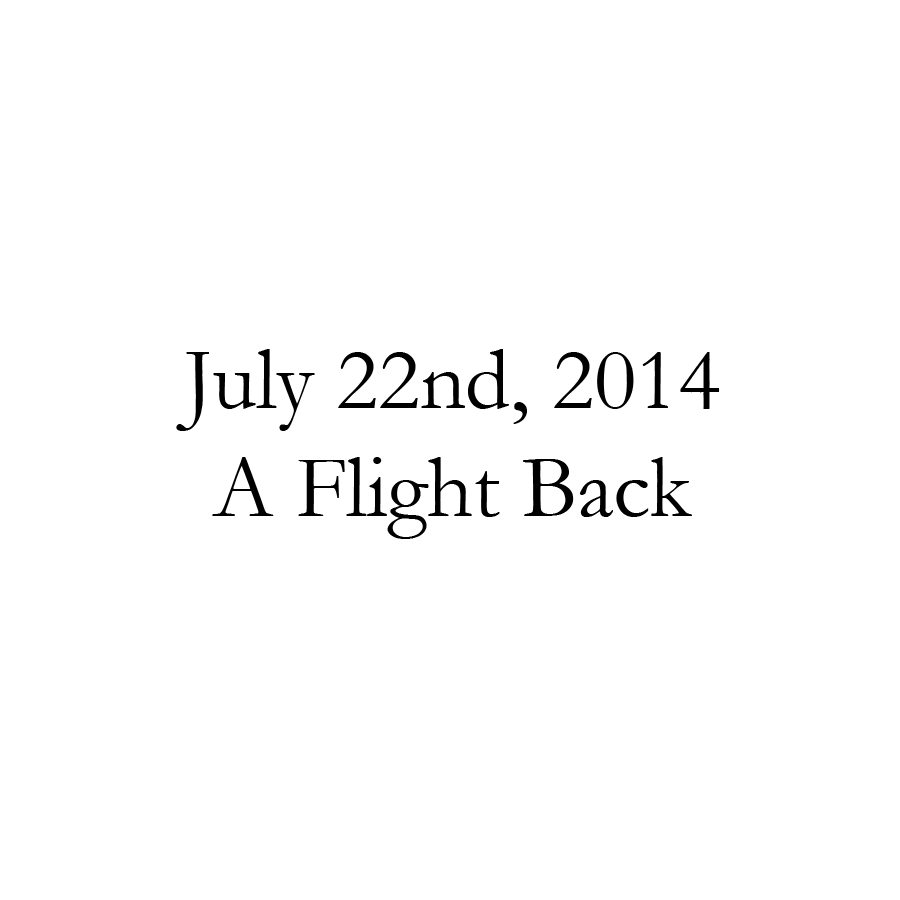 Moving back to a city you thought you were leaving can be tricky. You’re not sure whether or not they’ll be a group of friends waiting for you when you step off of the plane, or a group of enemies, or nobody at all. You try to weigh the options out, as if your preference somehow had a say in the matter.

You step onto the plane and smile at the flight attendant. She gives you an obligatory smile, the same one that she gives to the person in front of you, and the person behind you. You start to wonder where this flight attendant lives, and how weird it must be to fly all over the country as part of your job.

You might get off the plane and be greeted by one of your old friends, a classmate. They’ll grab your luggage and ask you how your flight was, making a joke, like old times.

“Good to see you, man! What are you doing here?” You’ll say, patting him on the back.

“You, too!” He’d smile, then let the jovial expression slip from his face. “Sorry to break it to you, but I’m not actually here. I’m just a figment of your imagination.”

With that, he’d disappear into thin air, and you’d be left on the sidewalk, hailing a taxi.

You might get off your plane and be greeted by an ex-girlfriend, that one that you thought you were never going to see again because you moved away. But she’ll be there, almost like she’s waiting for you.

“What are you doing here?” You’ll ask, slightly aghast and horrified.

“What are you doing here? I thought you moved.”

“I did, but I moved back.” You’ll say, trying to convince yourself.

“Because, there was a really good opportunity that opened up, and I could barely afford to live in LA, and- Why are you here?”

“What kind of person do you think you are, just moving back like that?”

You try to answer, but she disappears, too, because after all, she was a figment of your imagination, just like your good old friend.

You might get off the plane and be greeted by that girl. Which girl? That girl, that girl – What was her name? You met her the day before you moved, but can’t for your life remember her name. All you can remember is how into you she was.

“Hey!” She greets you as you leave the luggage area.

“Um, hi.” You say, somewhat confused, and still trying to remember her name.

“How was your flight?”

“Um, fine. What are you doing here?” You ask, trying not to sound surprised.

“Well, you needed a ride back from the airport, didn’t you?”

“You just what?” She says, grabbing your backpack and throwing it in her car.

“I just didn’t expect you to be here.” You say, trying to sound excited.

“What did you expect from me?” She asks, peering at you, inquisitively.

You start to wonder when she’ll disappear, too, because you’re pretty certain that she’s a figment of your imagination as well. But she doesn’t. At least, not yet. You start to stumble for words.

And with that, she disappears.

You might get off the plane, scan the crowd outside the walkway leading to the baggage claim, and not see anyone that you recognize.

You spot someone. When was the last time you talked? Too long ago. You wave at him, and he recognizes you. You used to make films together in this small town, before you decided LA was the place to be, with all of its expensive, sun-bleached fame and glory. You left for the west coast and he stuck around, living the small-town life.

“Hey, man. How are you? It’s been too long.” You reach out a hand, and it’s met with a solid handshake.

“Glad to have you back. We should shoot another film together – I miss having a cinematographer who knows what he’s doing.”

“I’d love to,” you start to say, but he’s already disappeared.

The ‘unfasten seatbelt’ sign dings and everyone in the cabin stands up, all at once, scrambling for his or her luggage, trying to be the first one out. Except you. There’s no rush for you. You’ll be off the plane soon enough, and you’ll be back, with nowhere else to go.

You walk off the plane, nod to the flight attendant, who is still giving out the same smile. You reach the baggage claim and pick up your luggage: A small suitcase, filled with belongings that survived the trek back from the west coast.

You walk out to the curb, where your old friend might have picked you up. You look around the corner, where your ex-girlfriend might have spotted you. You check back inside, where that girl would be standing (Seriously, what was her name?). You scan the crowd, thinking maybe you’ll see your filmmaking collaborator.

But none of them are there. So you take a cab to your new apartment, and you wonder how much of everything is a figment of your imagination.